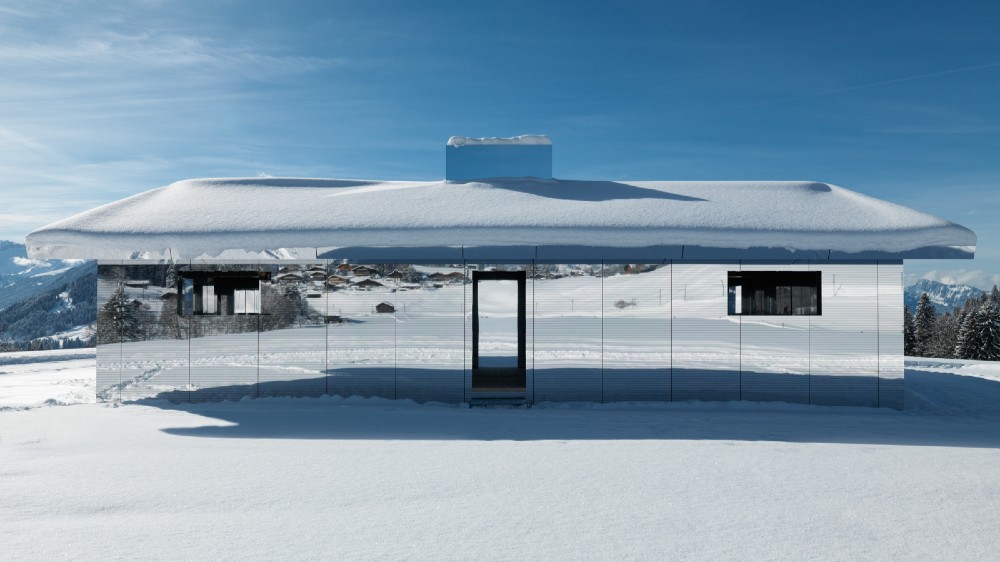 An artist built a house that literally mirrors the Swiss Alps

But you’ll have to find it first.

That’s the foundation of the new art installation titled Mirage Gstaad from Los Angeles–based artist Doug Aitken, which opened over the weekend in the Alps of Switzerland. Set amid the snowy peaks and stunning white vistas of the Swiss mountains is a strange yet beautiful sight: a classic ranch-style home—covered entirely in mirrors. By reflecting the ranges that surround it, the Modernist abode is, in a way, invisible, which gives the piece its name. The installation is part of “Frequencies,” a series of site-specific works curated and presented by Neville Wakefield and Olympia Scarry.

The series is the third and latest version of Elevation 1049, a project that “features in situ works created out of the specifics of time and place and is comprised of works by international artists.”

According to Elevation 1049, the piece “uses the frequency of light to reflect the sublime Alpine lanscape as part of a continually changing encounter in which the land and sky, subject and object, inside and outside, are in constant flux.”

Aitken has taken the classic architectural design of the 1920s and ’30s in Southern California, championed by the likes of Frank Lloyd Wright, and added mirrors. In doing so, the artist has transformed the house into an elegant and otherworldly installation that is now open to enterprising visitors. They will be greeted by an interior made of refracting mirrors that gives the feeling of walking inside a kaleidoscope. 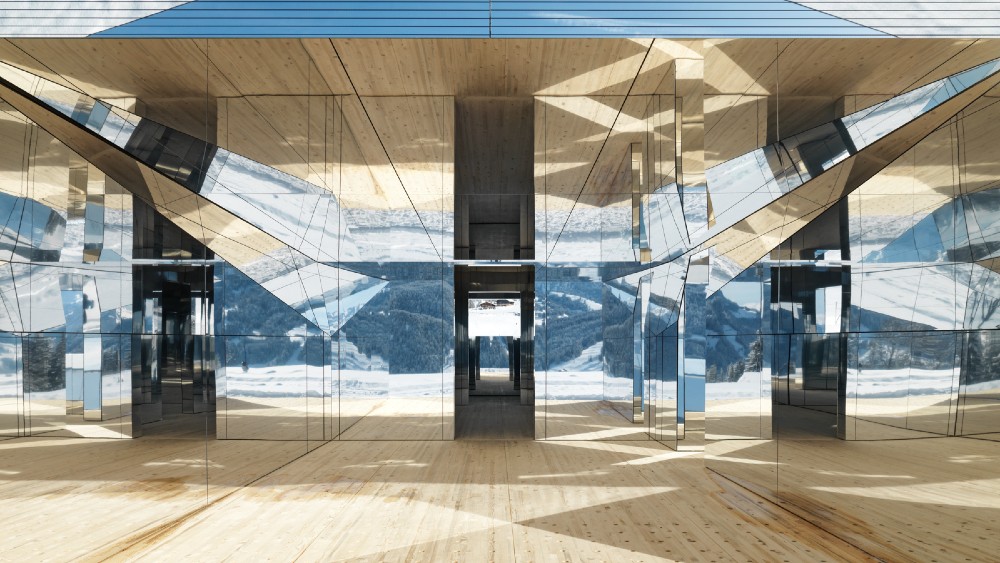 Image courtesy of the Artist; Photo by Stefan Altenburger.

“Right now it’s completely minimal, removed of all colour and definition. It’s a whiteout, covered in a blanket of snow,” Aitken told the design website Dezeen. “The viewer can come back to the piece as the seasons are changing, in fall in a storm or in the summer when it’s a green pasture. As our lives change, the artwork is shifting with us.”

The work recalls Aitken’s recent works, like Mirage, which was a similarly mirrored home but set in the California desert, and Mirage Detroit, a mirrored house within the State Savings Bank in downtown Detroit.
“The work really is the sum of the landscape around it. When you think of art you often think of something much more solid, but Miragemoves in an autonomous way,” Aitken said. “It changes in an almost chameleon-like form.” 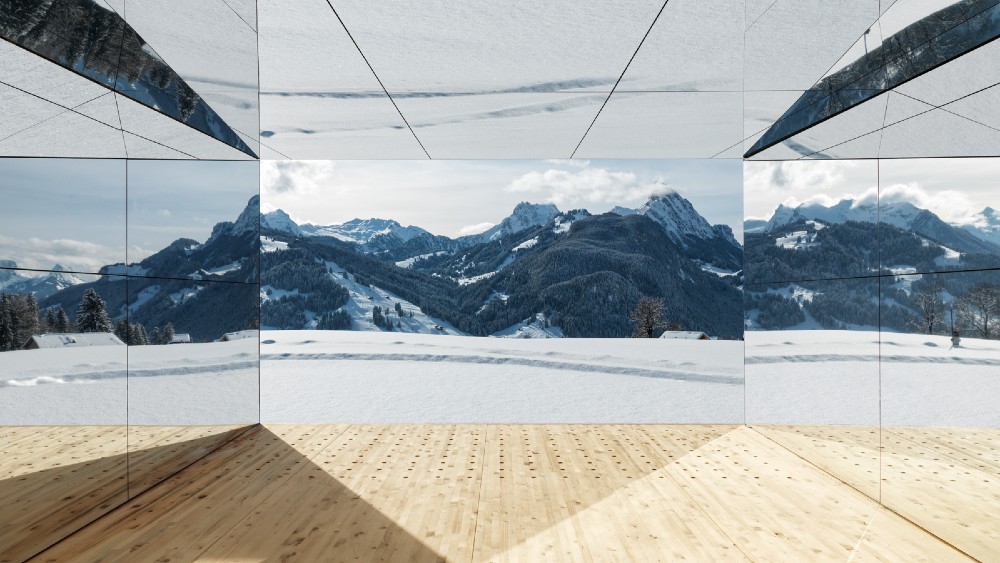 Image courtesy of the Artist; Photo by Stefan Altenburger.

Mirage Gstaad will be open through 2021.