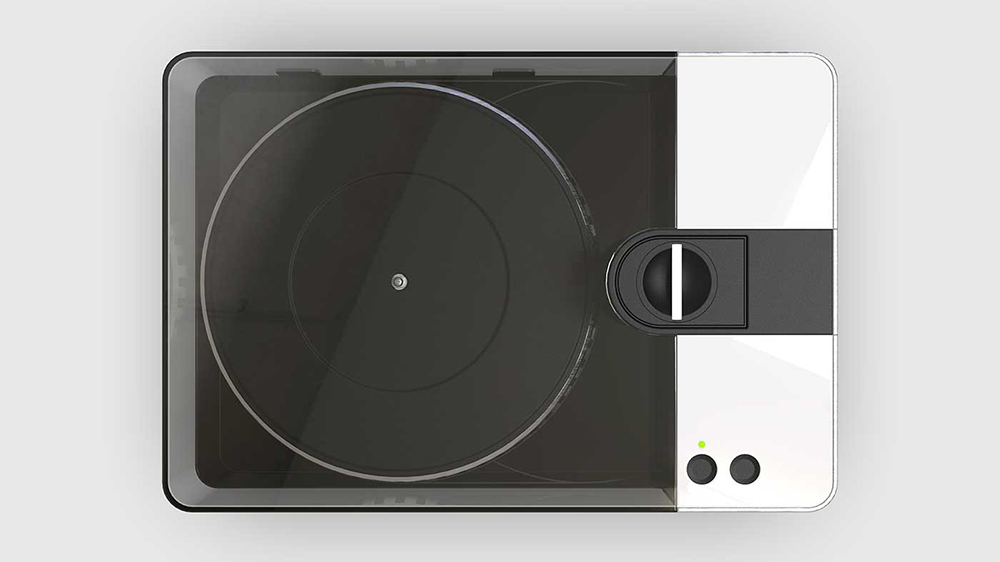 This $1600 Machine Lets You Make Your Own Vinyl Records

About the same size as a home turntable, the Phonocut analog lathe lets you make your very own 10-inch records.

It just got easier than ever to build the ultimate vinyl collection. Thanks to a new home device, you’ll no longer need to spend weekends foraging through record crates at flea markets or praying your favourite album gets a special vinyl pressing.

The Phonocut analog lathe is the first consumer device that will let you make your very own vinyl records at home, according to Wired. All you need to do is plug in an audio cable, hit play, and minutes later you’ll have a brand-new record to call your very own.

The lathe, which stands the same size as a regular home turntable, produces 10-inch records with enough room for approximately 10 to 15 minutes of music per side. The entire process happens in real-time, too, as the lathe’s diamond stylus etches grooves into a blank vinyl record while you listen to each song.

Phonocut’s founders wanted to make sure that their device was easy to use, so there’s a straight forward companion app to help with formatting and song arrangement. “It has to be idiot-proof,” Florian “Doc” Kaps told Wired. “Even I myself should be in a position to cut the records.”

While it is easier than ever to listen to music in the streaming era, the team behind the lathe feels that something has been lost. Phonocut is an attempt to bring the listening experience back to what it used to be, a time when music wasn’t viewed as disposable and people actually formed connections with the songs they love.

“Digital has a big problem, you know—it’s not real,” Kaps said. “You can very easily access it, but you only can see it, or you can hear it. You never can lick it, you cannot smell it, and you can’t touch it. We human beings do have these five senses. And at the end of the day, we need all these five senses to fall in love, to feel happy, to build trust.”

The ability to cut your own records doesn’t come cheap, of course. Available for pre-order next week, the Phonocut will run $1100 (around A$1600). The company expects to start shipping the first run of the device in December 2020.