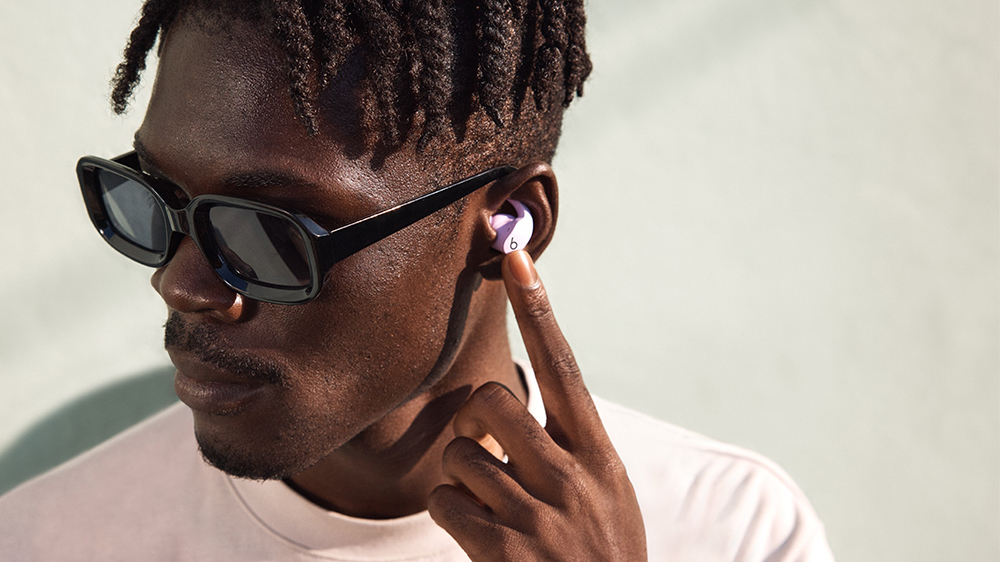 We tried a range of top-flight earbuds. Here are eight of our favourites.

The main benefit of in-ear headphones—or as they’re more commonly known, wireless earbuds—has always been one of convenience. After all, they’re easier to wear and carry around than a pair of full-sized, over-ear headphones. This has only become more evident with the advent of Bluetooth technology, which as helped the industry dispense with those pesky wires.

But another thing happened over the last decade: Earbuds started to sound a lot better. Thanks to smaller speaker drivers, active-noise cancelling (ANC) technology and other developments, you can now buy a pair of in-ears that sound as good, if not better, than a deluxe pair of traditional headphones. We’re now at the point where there are a number of earbuds—not just one or two—that deliver a true high-quality listening experience.

Finding the right pair can still be a challenge, of course. You’re going to want a pair that fits snuggly and is light enough that that ‘buds won’t make your ears ache. Of course, sound is paramount—whether you want studio-quality playback or a pair that accentuates what you already love about a song (like bass that really booms). Then there are extras to think about, like Active Noise Cancellation and other features like touch and voice control. Battery capacity is important, too, though that’s less of a concern than it used to be thanks to the nifty charging cases that most pairs come with now.

With all of that to keep in mind, here are eight premium pairs that combine the best of these features. 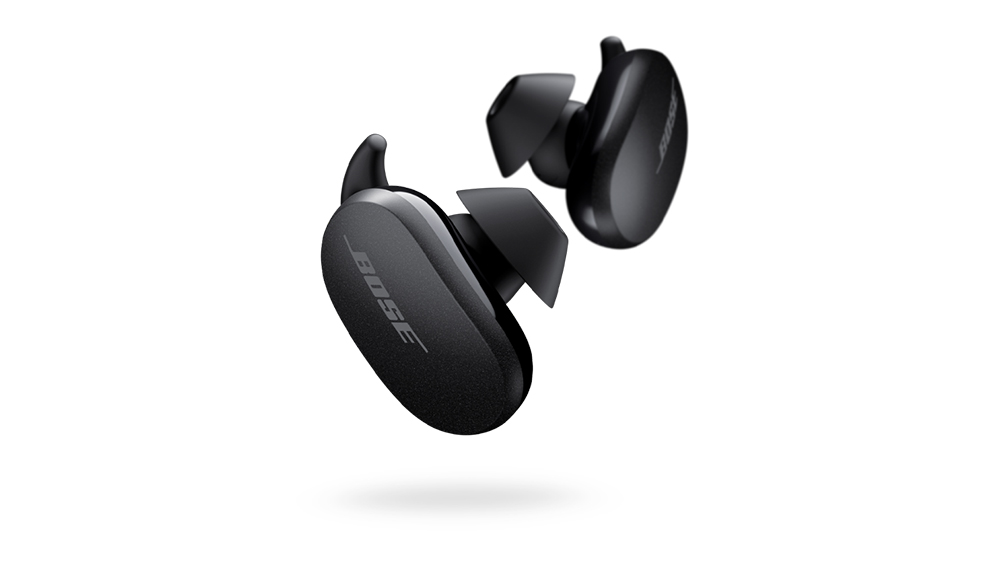 The audio company most responsible for popularizing noise-cancelling over-ears took its time in releasing a pair of wireless earbuds that could do the same. But, because of this, the QuietComfort Earbuds arrived in 2019. Like all Bose products, they offer clear and natural sound and, as their name suggests, they’re incredibly comfortable to wear once you figure out what tip size fits best. They also offer several levels of noise cancellation, which is a useful feature if you just want to block out some of your surroundings, not all of them. If there is a drawback to this pair, it’s their size. Despite their lightweight build, they’re awfully big, giving the impression you’re a day trader trying to make deal when you wear them. 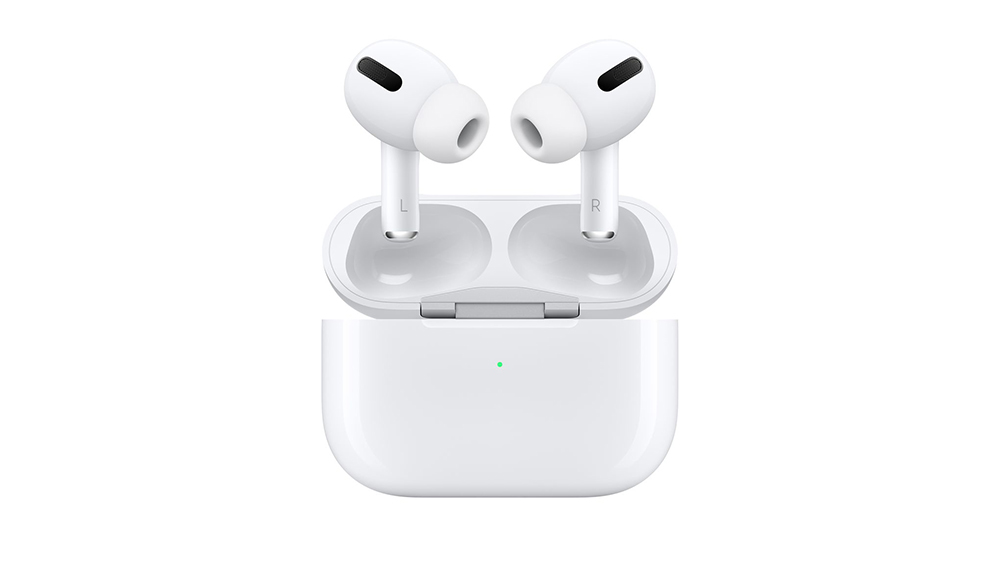 If there’s a ubiquitous pair of earbuds, it’s almost certainly the AirPods. This is even more true of Apple’s second in-ear models, the AirPods Pro. Some may not like their design—why keep the stems if there are no wires?—but they’re comfortable and about as easy to use as earbuds come, especially if you’re already used to the Apple ecosystem. They’re beyond easy to pair quickly with any Apple device, thanks to the coveted H1 chip. Their call quality is also unbeatable, which is useful if you like to walk and talk. Despite all this, their actual audio quality—as has been the case with all the tech giant’s headphones going back to those packaged with the iPod—leave something to be desired. 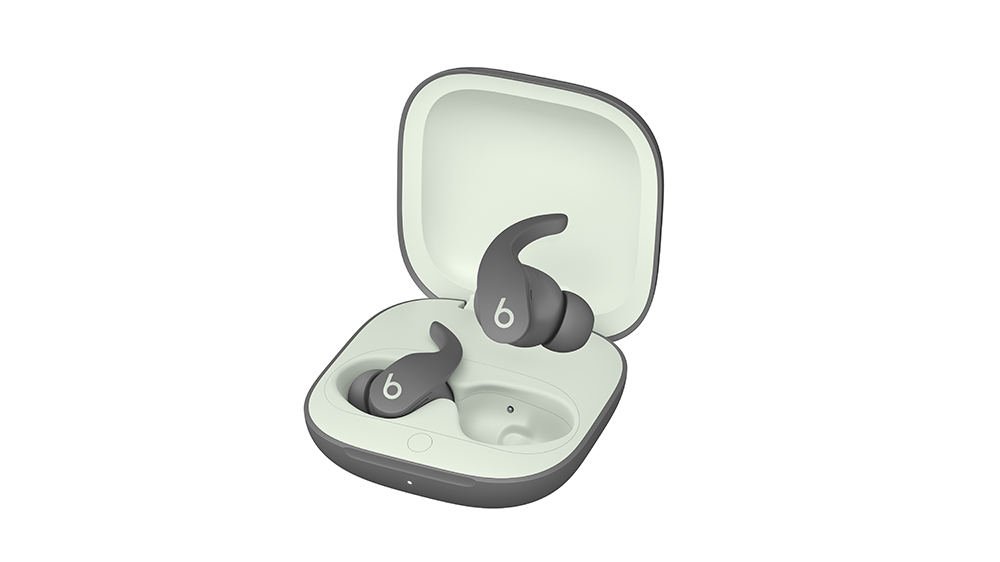 The AirPods Pro may be Apple’s most popular headphones, but that doesn’t make them its best. Instead, that title may belong to the newly released Beats Fit Pro. The Apple subsidiary’s newest pair of in-ears is basically the same earbud, with two key exceptions. First, they sound better than the AirPods Pro, producing music that sounds full and vibrant. Second, they feature rubber wings that allow you to get an even more secure fit, a godsend if you plan on wearing them while working out. They’re not perfect, though. The microphone is a tad sensitive and having more than one noise cancelling level would have been preferable. Australian’s will have to wait with the new Beats headphones not yet available locally. 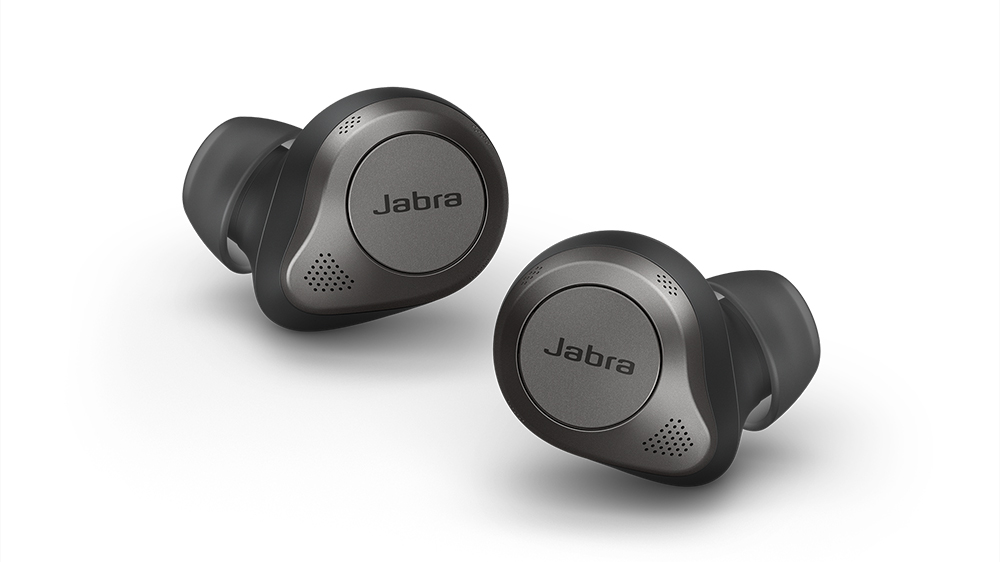 The Elite 85t’s noise-cancelling abilities may not be the strongest, but they are the easiest to use. Jabra’s top-tier wireless earbuds give you plenty of ANC flexibility and the best transparency mode out there. That allows you to go between listening to your favourite music or buzzy podcast and a conversation with another person at the simple tap of the left bud. That’s far from these ‘buds only strength, though. They also have strong audio quality and are very comfortable, though the oddly shaped ear tips may not be a fit for everyone. Regardless, you’re unlikely to find a more well-rounded pair of in-ear headphones 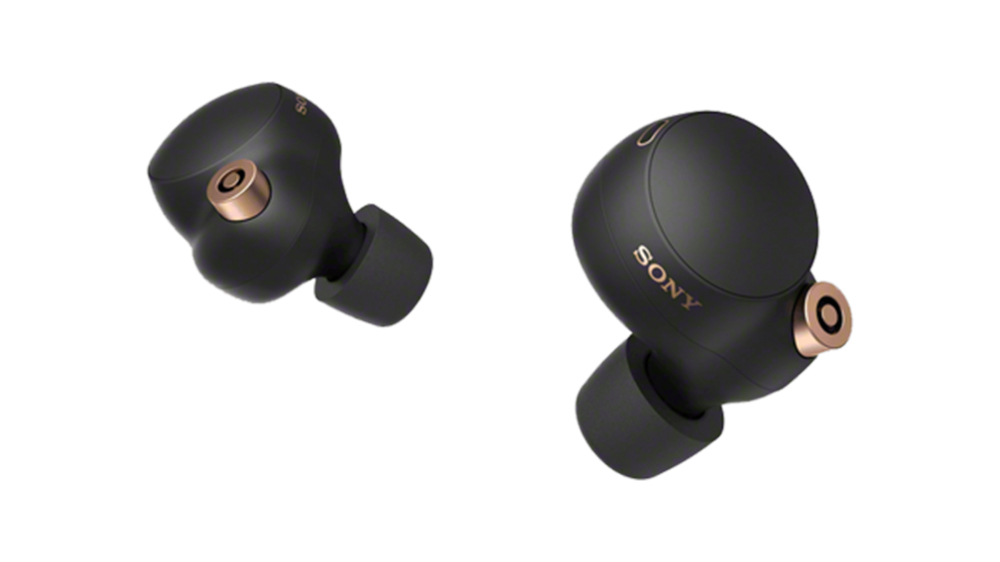 If audio quality is your top priority, Sony WF-1000XM4 are the earbuds for you. Although you’ll need to play around with the equalizer on the company’s app, no earbuds on this list sound as good as this pair. In fact, we’d say they sound just as good and block out sound as effectively as their over-ear counterparts, the WH-1000XM4. Like the Bose QuietComforts, they’re pretty big. Because of this, fit can be an issue, especially if you have small ears. The included memory foam ear tips do make getting a tight seal possible, though, something that isn’t always the case with other earbuds. 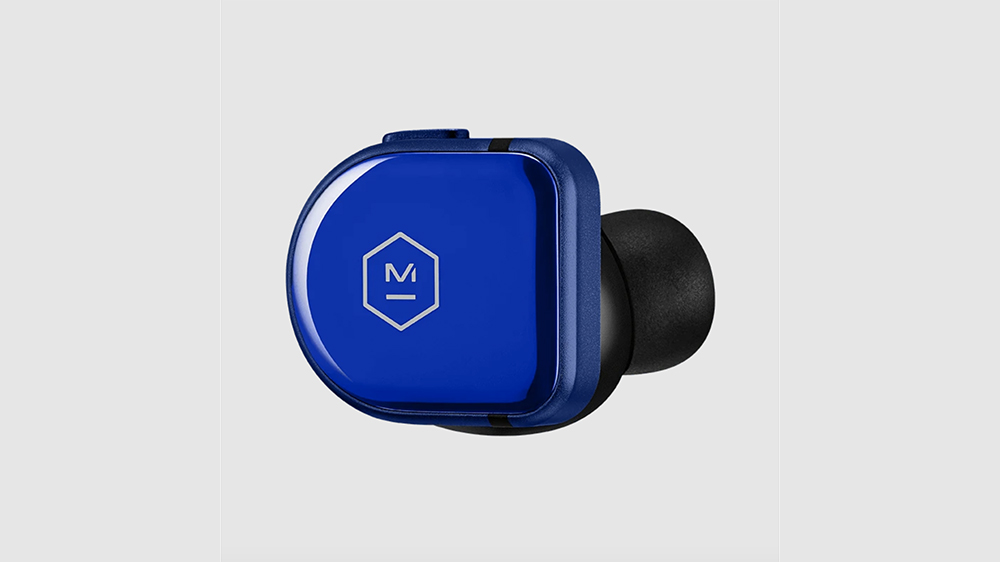 They may be more discreet than over-ear headphones, but it’s hard to find a pair of earbuds actually look good. Some are too big. Some are too sporty. Others (Apple) insist on unnecessary stems. Not Master & Dynamic’s ‘buds, though. The MW08 look genuinely stylish thanks to a compact winged design. They also come in a variety of glossy colours so they actually accent your ensemble. On top of this, their sound is crystal clear, can block out most unwanted noise and have easy-to-use controls integrated into each earbud. Getting them to fit properly may take a little practice, though. 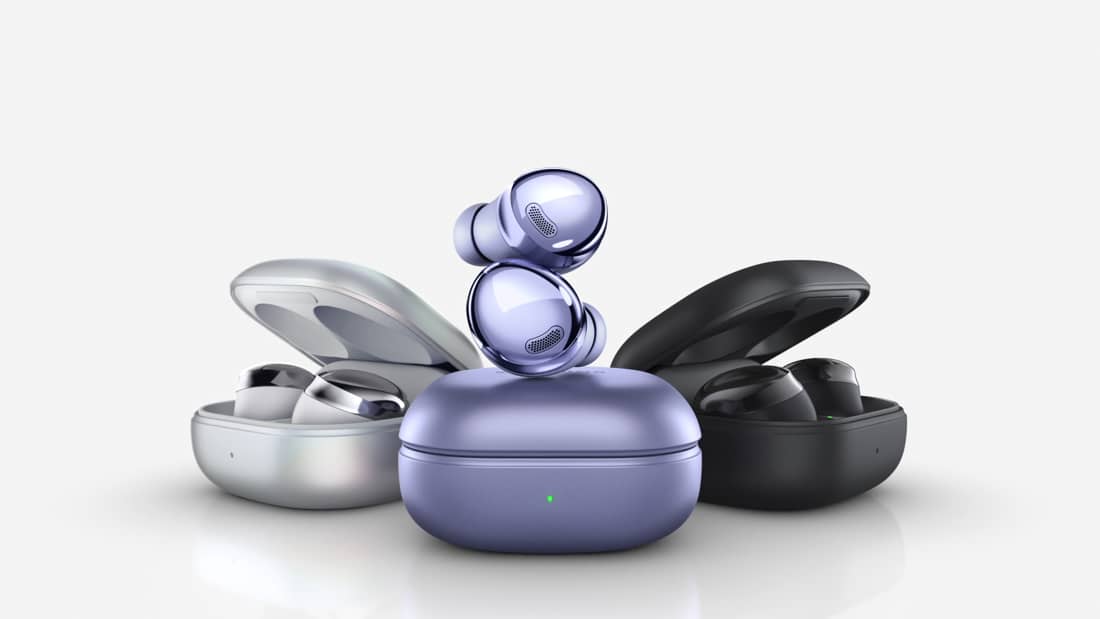 Apple isn’t the only smartphone maker with earbuds on the market. Samsung has teamed up with audio company AKG to produce a number of excellent in-ear headphones that work seamlessly with Android devices. Our favourite of the group is the Galaxy Buds Pro, which offer top-notch sound and excellent noise cancellation. They may also be the most comfortable earbuds we’ve ever worn. In fact, you might even forget you’re wearing them, even after a few hours of use. We’d really only recommend them if you’re using an Android phone or table, though. Yes, they work on all devices, but they don’t exactly play nice with the iOS operating system. 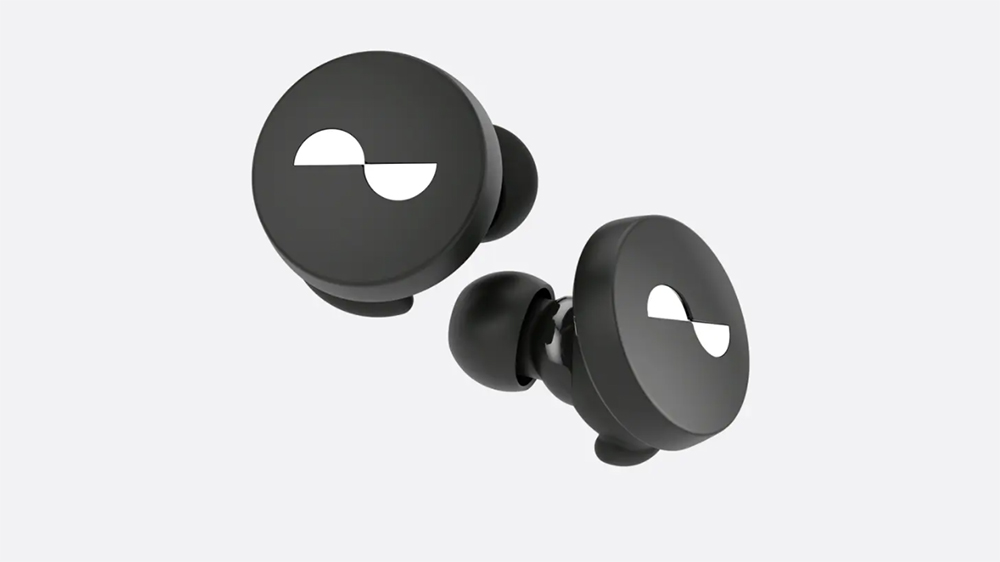 Nura’s first truly wireless pair, the NuraTrue, just sound different. And that’s by design. The brand’s trademark automatic hearing test—accessible via its app—helps personalize the pair’s audio performance just for you. The result is a customized sound profile that brings out notes, sounds and elements you’ve never heard before, even in songs you’ve listened to hundreds of times. Beyond the strong ANC, there’s also an “immersion mode,” which elevates the bass to recreate the feel of being at a live show. You can switch to “social mode” when you need to interact with the world around you. Unfortunately, you can only truly experience these features if you can get them to fit right, which can be tricky because of their somewhat flimsy design. This is due, in part, to them being lightweight, which mean that once you do get them secured, wearing them for hours is a breeze.