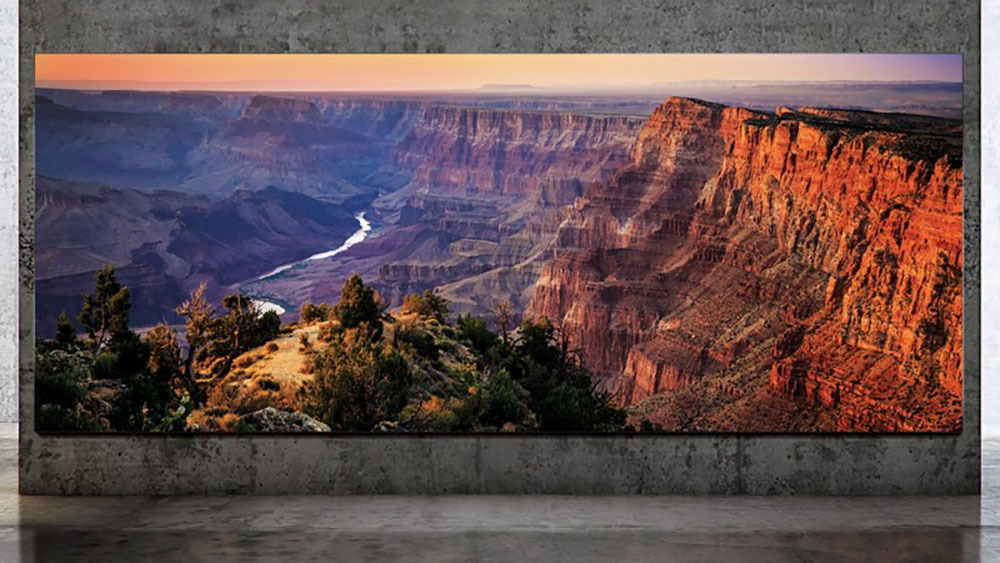 Only slightly smaller than a local cinema screen.

The TV has come a long way since rabbit ears and turn dials. We’ve entered a brave new world where the gogglebox is no longer a box at all; rather it’s a work of art, a disappearing magic trick, or, now, an entire wall.

Samsung has just released The Wall Luxury: a monstrous MicroLED which measures 292 inches—about 7.4 metres—from corner to corner and has stunning 8K video resolution. This behemoth will turn any surface into an epic home cinema—if that surface is big enough.

The Luxury’s predecessor, The Wall, which measured a comparatively modest 146 inches or 3.7 metres has been available for purchase since January. The TV was praised for its adaptability, even making its way onto superyachts. But the South Korean tech titans wanted bigger and better. The latest iteration of the The Wall achieves the first of those goals and then some—it’s absolutely massive. To give you some context, a small-ish cinema screen measures about 10.5 metres; this beast is 7.4 metres.

But it’s not all about size. According to Samsung, The Luxury will feature an AI picture quality engine it calls the Quantum Processor Flex, which ostensibly optimises source video regardless of resolution and quality. And, as it was in the original Wall, the MicroLED technology is modular, meaning it can be configured for different sizes and resolutions. On top of this, the HDR can deliver 2000 nits of maximum brightness at 120Hz. Basically, whatever you’re watching, it’s going to look big, bright and remarkably sharp.

And when you’re not immersed in Netflix or playing video games—which should look epic—the TV can switch into Ambient Mode and flick through curated art, videos, or family photos. What’s more, it has zero bezel which means the image ends right at the edge. No wasted surface area here.

The Wall Luxury will be available globally this month. Samsung has yet to announce pricing, but given the original Wall’s price point, you can safely bet on five figures But just think of all the money you’ll save on movie tickets.