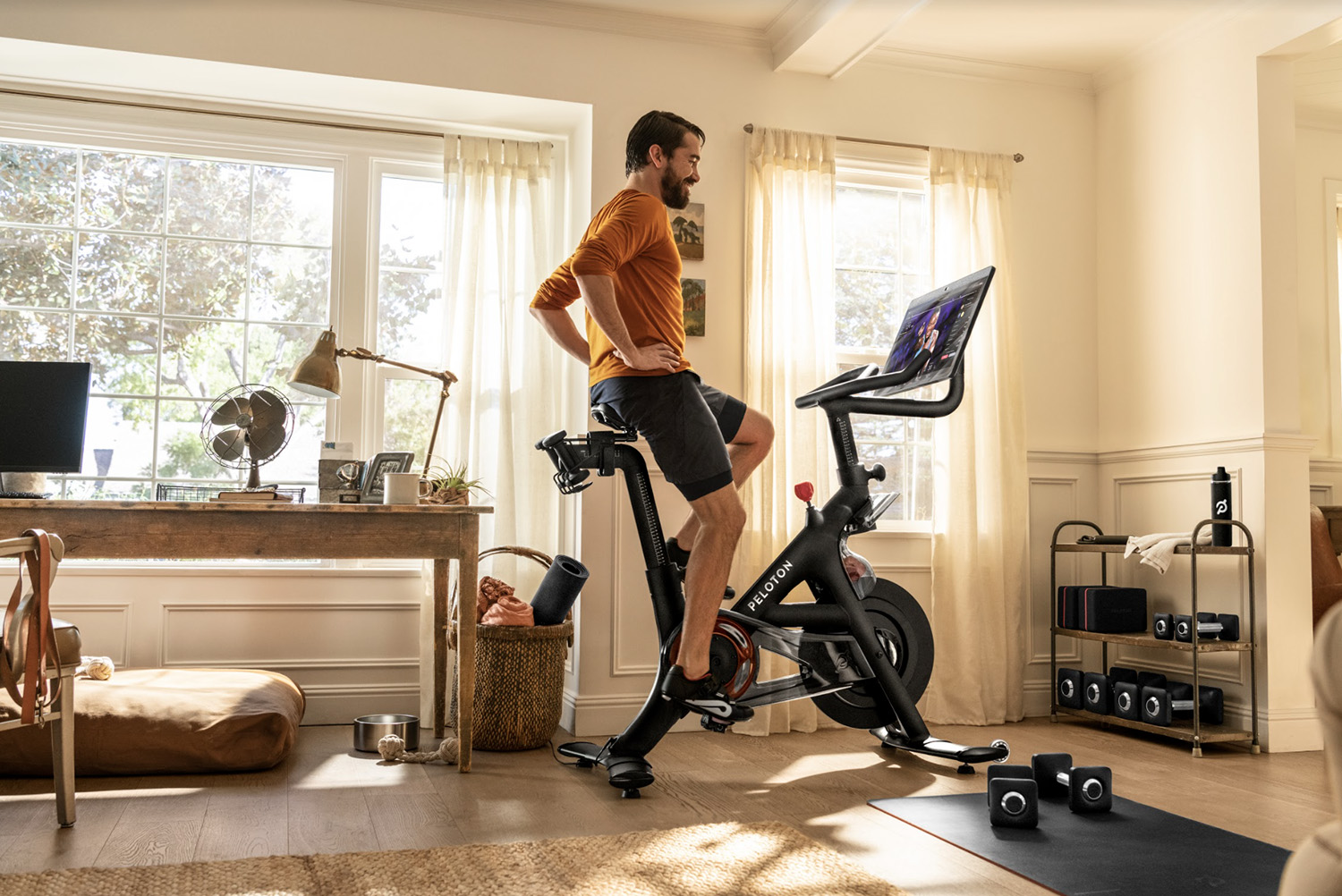 The overly oxygenated chirp of MAMILs wakes me most mornings.

Wheeling past my house at various speeds, their collective chat loudly dissects the trades and markets that will fill the day ahead – arguably better than some pad out a chosen (read: why?) cycling onesie.

While today I hold touchpoints to the acronymic MAMIL – in that I’m male and, well, middle age, I’m an avid avoider of Lycra and, to be completely honest, have never understood cycling – amateur or otherwise — as sport/fitness/hobby/tribal gathering.

I’ve also never hit a spin class – even when they were a proper craze used to employ overzealous types with triceps who’d fallen out of tertiary finance studies but would ultimately go on to swap the stationary bike for a 3 Series BMW and work in Gold Coast real estate. Or, similar.

This context needs placement given I’m here to explore my time on the stationary bike – that is, the coolest piece of fitness equipment of the past decade and a name that, when mentioned, delivers more clout than calling a newborn son Genghis.

Yes, we’re here to peddle through my time with Peloton, specifically my use of the topline Peloton Bike+. 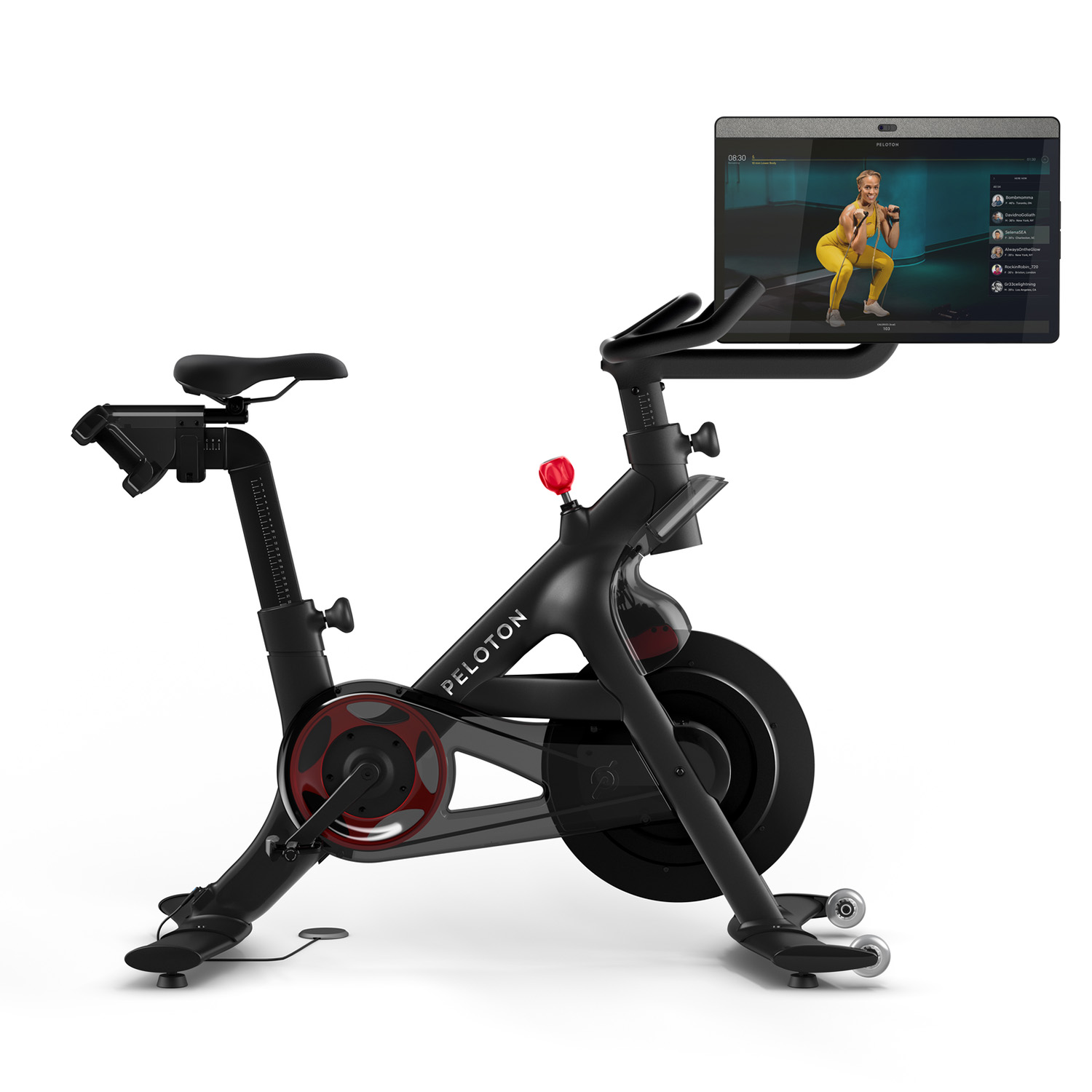 To digress – yes, further – I recall Peloton’s global launch. Working at what was then a decent men’s magazine of certain acclaim, I’d be sent a press release espousing the wonder of this new technologically connected bit of kit. Jump on and ride the French countryside or simply join a live class in NYC – where apparently those ‘directors of spin’ were yet to move into property. It was revolutionary, I thought, and so well suited to the Australian market and what was then the start of a massive shift into cycling for fitness.

I enquired about the shipping costs to Australia? Given the lack of response, and then the lack of any further response I picked up a phone – only to be informed that the revolution wouldn’t be televised (granted, on a tablet like screen engineered to the front of stationary bike) in the Antipodes.

That it took Peloton nearly ten years to make it to Australia is something I’ve long questioned – seriously wondering whether they’d missed the opportunity as a slew of competing cycles were wheeled in.

And then, on the back of the brand’s lockdown launch in July last year – a friendly British chap and his equally pleasant British offsider were stood in my garage (aka lockdown gym) taking this complete novice through all one needed to know.

That this bike (+) comes with such a service points to the level of sophistication here – and the fact that by paying $3,695 for a bike that doesn’t take you anywhere you’d want a pair of affable chaps to take you through the set-up (which comes after an initial team delivers the bike and sets it in place – necessary given its hefty 138kg).

Set-up means creating profiles, checking seat heights, wading through the expansive level of classes, being informed about functionality and metrics (cadence/resistance/output) and most importantly, being offering some sage advice about locking in those silly cleated shoes. Yes, you wear cleated shoes.

To dip into some numbers here is to out the extravagance and wonder of what a visually appealing and slick piece of design (one that for many takes pride of place in a main room – as it does for us, albeit the garage).

Peloton boasts more than 10,000 on-demand classes; more than 50 global instructors (mainly US, UK and Germany from our experience).

I jumped into a few beginner rides to learn the basics – 20-minute workouts that allowed the fundamentals to be tested and secured as I got to know various instructors working across a wealth of musical genres.

Each class is different though I genuinely felt pushed from the get-go—wanting to achieve against the thousands of others on the leaderboard (which can be turned off for the less competitive) and which is a measurement taken from your kilojoule output.

I worked my way off the beginner circuit to longer classes (30- and 40-minute rides) and some truly challenging workouts – always aiming to remain in sync with the suggested resistance (turn the knob or have it automatically synced) and cadence.

From AC/DC to Avicii and everything in between – the musical soundtrack to each class is as varied as the instructors and cavernous breadth of workouts offered.

To run through all is to allocate another 1000 words to this review – though know Peloton delivers workouts across musical themes, specific artists, low impact, pro cycling, hill climbs, heart rate zones, HIIT and more. Then there are the various scenic rides, where you can amble along actual roads (hello California’s Highway One) with a first-person view of all. It’s quite mesmerising – though I also discovered I’m one for an instructor and some direct encouragement. 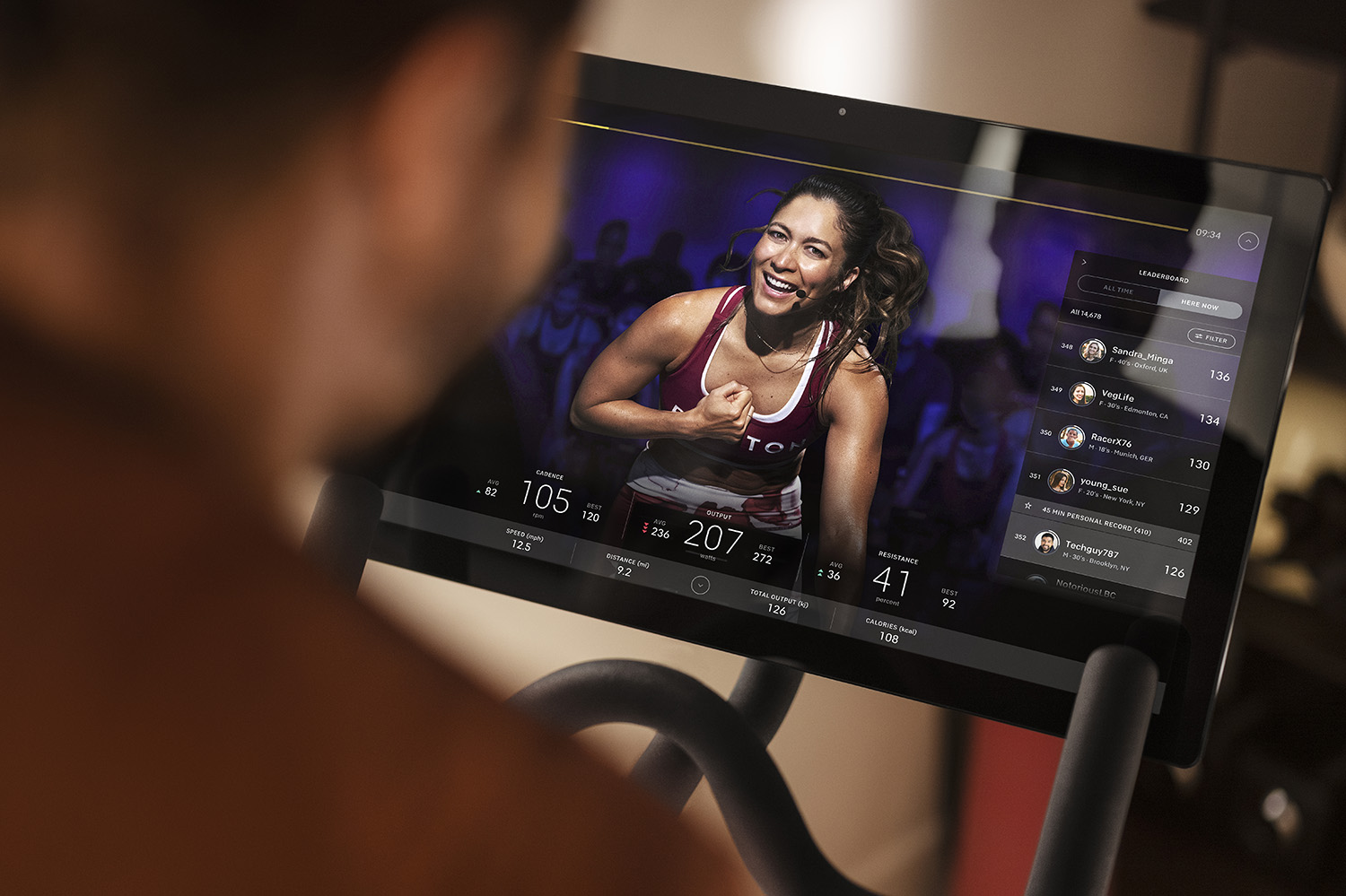 Many Peloton instructors are well known – Alex Toussaint, Cody Rigby, Ally Love familiar names with swollen followings and in some regards you can understand why.

Look, it’s a lot like ice cream as a seven-year-old – you’ll try all and find your favourite flavours when it comes to classes and those delivering the instruction.

Where the more expensive Bike + differs from the original Bike ($2,645) is the 23.8-inch touchscreen. Larger, its main allure is an ability to swivel 360-degrees (180-degrees left or right), opening up the opportunity to engage ‘off bike’ workouts such as yoga and meditation, stretching and strength – something I trialled and pursued occasionally, my wife very much engaged and using daily.

The screen also offers an 8MP front‑facing camera – meaning a chance to connect to another friend with a Peloton via video chat and share a class with them. That sweaty concept felt hellish and was firmly avoided. But the notion of community and connectivity is big here – it’s what peddles the ‘Peloton as cult’ concept and with 6.6 million global members perhaps there’s something in it?

There’s certainly something about owning a Peloton that does drive you to jump on each day – a want to beat a leaderboard or simply go one better than you achieved last ride. It’s user friendly and incredibly impressive in the access to all it provides.

And there’s also no denying a certain pumped up, chest expanded stance that attaches to the public utterance, ‘yeah, I own a Peloton’.

That’s where I got to after a three-month trial. And surely that’s the ultimate proof of endorsement – that a novice, middle-aged man, one far removed from understanding cycling’s allure in any capacity went ahead and purchased the world’s best known luxury fitness bike. Though please know I’m still rampantly opposed to Lycra.