One-of-a-kind pieces of space history are headed to auction this month, and they’re poised to make history. The first-ever lunar samples collected by astronaut Neil Armstrong will hit the block at Bonhams New York on April 13. The lot contains five aluminium sample stubs, each topped with 10mm of carbon tape containing moon dust from the Apollo 11 mission.

More specifically, four of the samples were collected by Armstrong, who was the first person to walk on the moon on July 20, 1969. The shimmering particles were originally stored as powdery scoops of dust and rock fragments in contingency sample bags, which have been since opened by NASA and placed atop the hand-numbered stubs. As you’d imagine, the stellar samples are expected to fetch an out-of-the-world price of between $800,000 and $1.2 million next Wednesday. 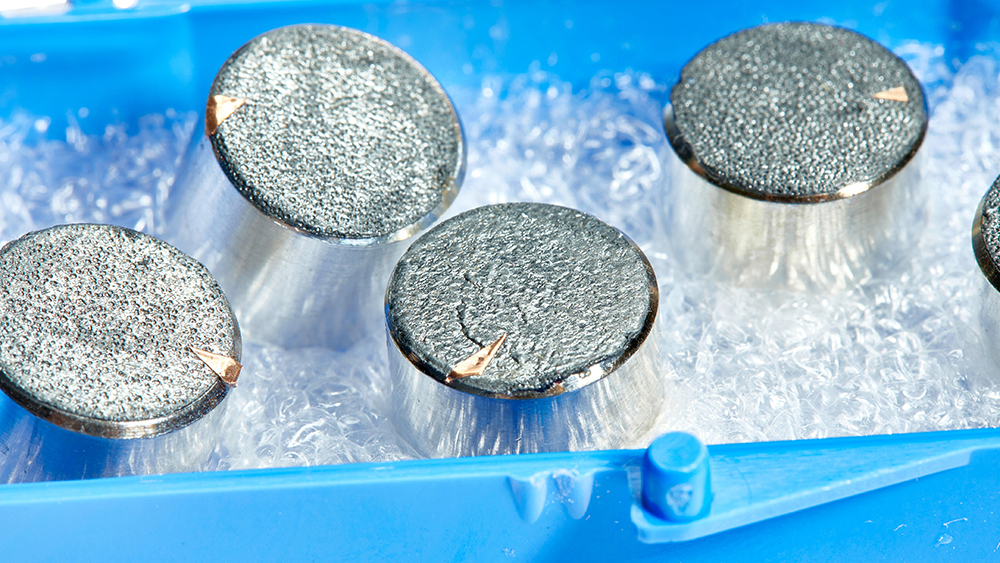 A close-up look at the textured lunar samples. Bonhams

To make the samples even more interesting, they were once deemed “lost by NASA.” In 2005, reports surfaced that Max Ary, a past curator of the Cosmosphere space museum in Hutchinson, Kansas, was facing theft and fraud charges for selling items belonging to NASA—a charge for which he was later found guilty. The stolen goods were then confiscated and sold to pay damages in a US Marshal auction in 2017. The buyer sent the samples into NASA for ID and testing; luckily, they turned out to be the exact bag that had been stolen from the Apollo 11 mission archives, with Dr. Roy Christoffersen at NASA confirming the match. 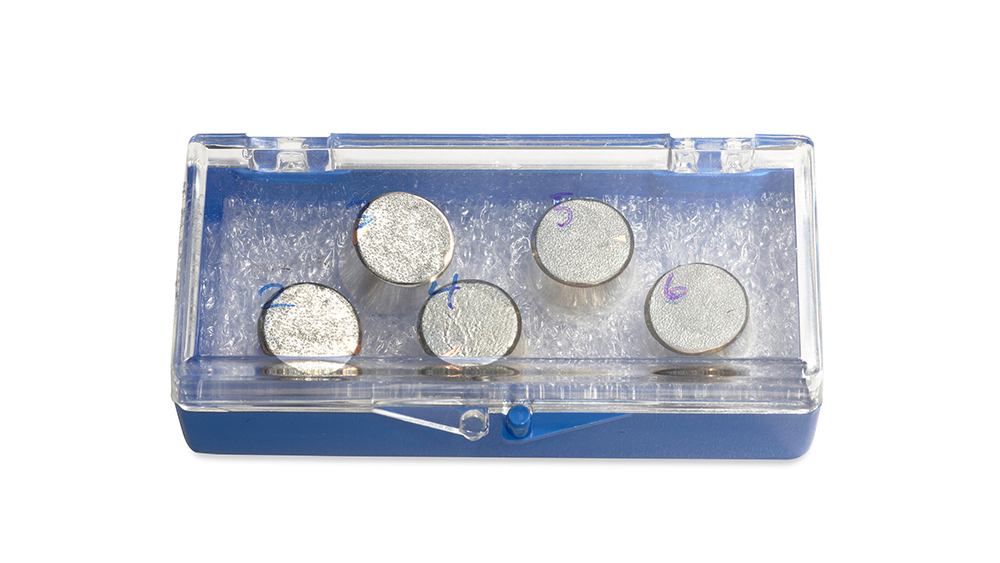 The numbered samples in their case. Bonhams

After further procedures, NASA was able to retain five of the six scanning electron microscope (SEM) sample stubs containing the lunar dust. This marked the first time the samples were returned to the agency, and confirmed them as the only verified moon particles that could legally be sold. Following later testing by lunar expert and geologist Prof. Stephen J. Mojzsis in 2022, all of the samples were found to showcase a variety of unique details. However, only four of the five samples were confirmed—by the professor—to match the composition and textures of the particles from the Apollo 11 mission.

But don’t fret—that doesn’t make the fifth sample a fake. “This suggests that the sampling protocol was different in orientation and technique (from) the other samples,” explains Mojzsisin in a statement. And If you’d like the full report on each sample, Bonhams will supply it upon request. For more information, visit Bonhams.com.