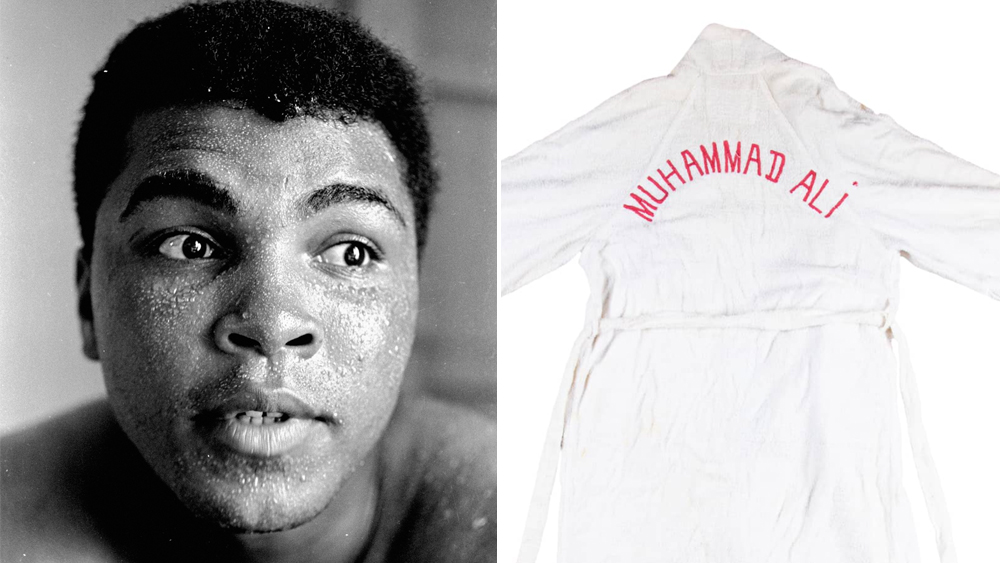 The rematch, which ended in a first-round knockout, was the first the boxer fought as Muhammad Ali.

The robe Muhammad Ali wore before one of the most important fights of his career could soon be yours.

The garment the Greatest wore to the final weigh-in and while walking out for his 1965 fight with Sonny Liston is currently up for sale on Goldin Auctions. The robe isn’t just noteworthy because it was worn before the boxer’s second heavyweight title bout, but also because it’s the first that bore the name he’d go by for the final 52 years of his life.

Ali wore the robe, which is made of white terry cloth and has “Muhammad Ali” stitched in red on the back, before his eagerly anticipated rematch with Liston on May 25, 1965, at the Central Maine Youth Center in Lewiston, Maine. The previous year, Ali had upset Liston in Miami as a 7-to-1 underdog to become WBC heavyweight champion for the first time. In the first fight, Liston had been forced to retire in the sixth round due to an inflamed shoulder, but in the second, Ali knocked him out in the first round. The image of Ali standing over Liston as he lays on the mat is one of the most iconic pictures in American sports history. 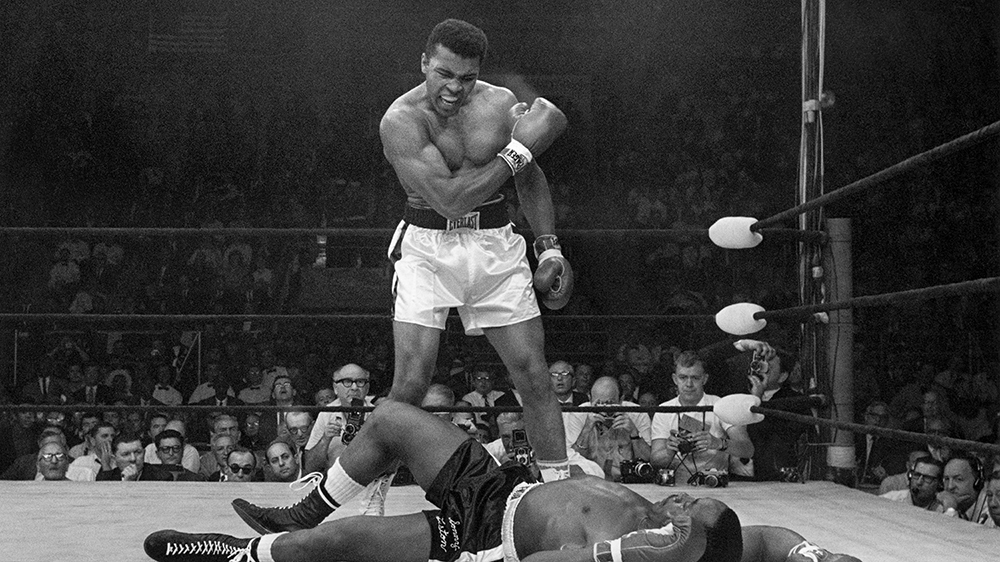 The fight was also the first Ali fought under that name. When the two legends boxed the first time, he was still known as Cassius Clay. A month after beating Liston the first time, the boxer announced he was renouncing this “slave name,” and that he would now be known and fight as Muhammad Ali.

“We cannot stress the historical significance of this robe, not just for its link to one of the greatest fights in boxing history, but also for the cultural impact Ali’s religious beliefs made when he donned this robe and told the world he was now Muhammad Ali,” Goldin writes in the official auction listing.

You have from now until Saturday, February 5, to bid on Ali’s robe. Bidding is currently up to $208,000 (which is actually $250,000 when you include the buyer’s premium), but is expected to rise to as much as $695,000, according to TMZ Sports. Considering its owner and historical importance, it wouldn’t be a complete shock if it surpassed that figure either.

After all, it’s a knockout of an auction lot if there ever was one.