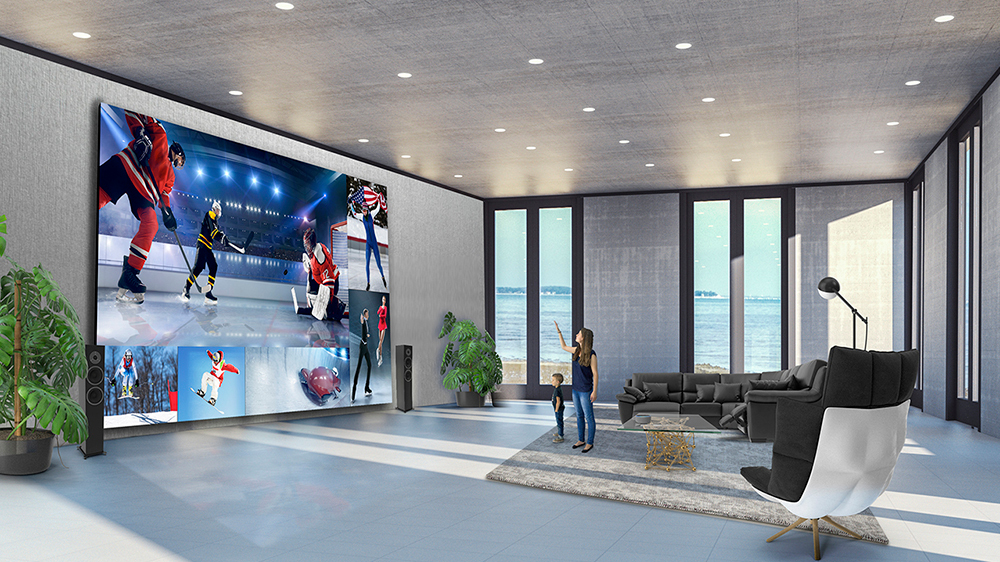 Why have a wall TV unless it takes up the entire wall? That seems to be the question LG is presenting with its newest LED TVs.

The electronics behemoth has just unveiled its new lineup of Direct View LED (DVLED) Extreme Home Cinema sets, the largest of which measures a mind-blowing 8.25-metres diagonally. Previously only available to commercial clients, the gargantuan TV is now available to the rest of us—even if you’ll have to part with a small fortune to get your hands on it

Of course, LG’s DVLED isn’t the first wall-sized TV we’ve seen—that would be the Samsung Wall—but it does make use of the brand’s unique LED-as-pixel display technology. Most LED TVs actually use an LCD layer to create pixels, but LG’s new TVs use the LED diodes alone (three for each pixel) to do this. The result is a picture that promises to offer more vibrant colours and truer contrast, all without the risk of burn-in that comes with your average flat screen. Additionally, the panel can be used to display one complete image, or several at once in customised shapes. 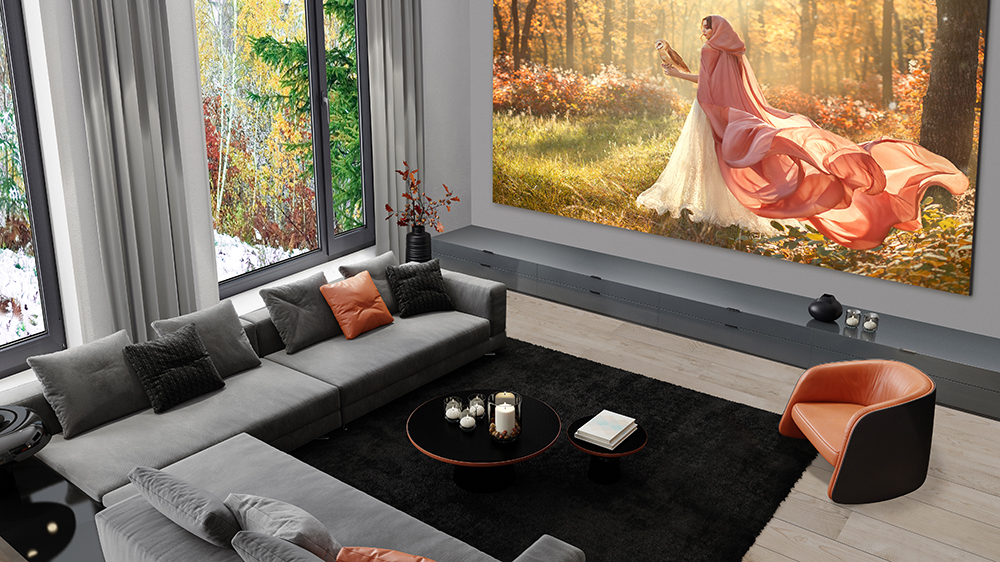 To accommodate the 8.25-metre unit, you’ll need room for whole lot of LED diodes (anywhere from 2 million to 33 million), which is why these TVs are so huge. LG offers a variety of very large DVLED size options. There’s the Full-HD version that ranges in size from 205cm and 545cm; a 4K option that you can get between 414 to 825cm and, finally, an 8K model that’s available in one size—825cm. The top-of-the-line DVLED model packs 33 million LED diodes into its frame and tips the scales an equally jaw-dropping 1000kg. Just the installation required special training.

Pricing hasn’t yet been announced for the full lineup, but CNET reports that the top-of-the-line model will run you a cool $2,3 million. To put that into perspective, that’s more than the Bentley Bentayga, Continental and Flying Spur cost combined—with room for another supercar or two. On the plus side, the theatre-sized TV comes with a complimentary five-year customer service package which the brand values at around 430,000. With a TV this big, we suspect you’ll need it.