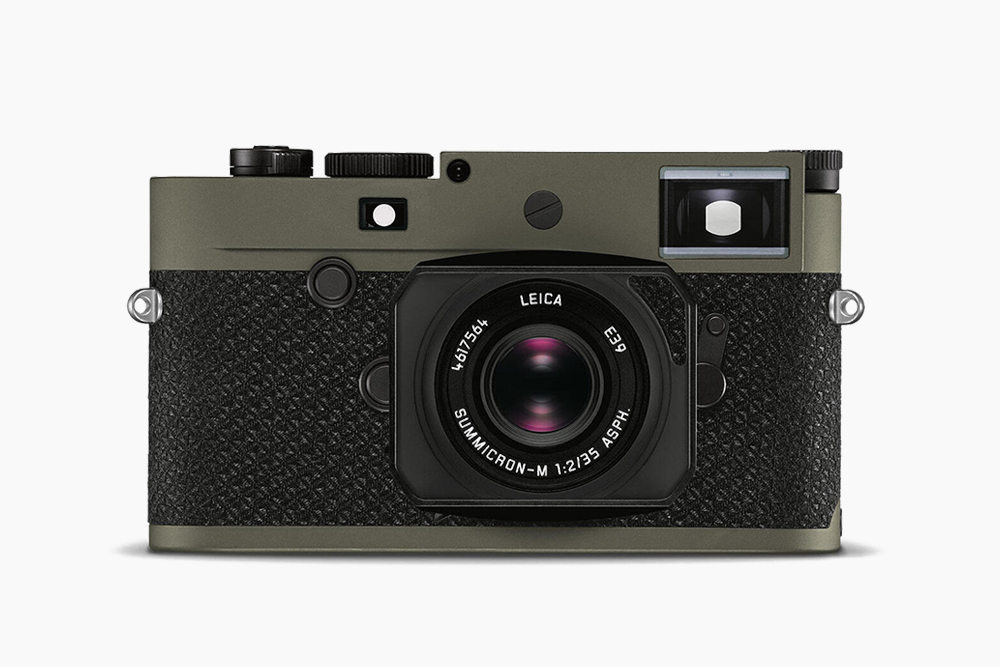 The camera, which features the brand’s quietest shutter, will be limited to 450 examples.

For dogged reporters determined to capture every angle of a story, a trusty Leica has been a priceless tool for decades now. And recognising that, the company’s latest limited-edition camera pays homage to these very journalists.

The storied German camera maker has just announced its latest special-edition M offering, the M10-P ‘Reporter’. The camera, a tough and durable model specifically designed to not draw attention, is also meant as a way to celebrate the 40th anniversary of Leica Oskar Barnack Award.

That prize, named for the inventor of the original Leica, is presented each year to two photographers whose work shows a “keen talent for observation and for vividly expressing humanitarianism, as well as the relationship between humanity and the environment.” This year’s main prize went to Italian Luca Locatelli, whose 18-photo “Future Series” charts the ways that people are trying to adapt to a rapidly changing planet, while the newcomer award, presented to a photographer under the age of 30, went to Gonçalo Fonseca of Portugal.

Leica has not released much info about the M10-P “Reporter,” but an image on the brand’s website shows that it will be available in what appears to be a new gunmetal grey colourway and doesn’t feature the brand’s iconic red dot logo. While that second detail may seem odd to some, the M10-P has always been about going unnoticed. The camera, which has always been geared towards photojournalists, features the brand’s quietest shutter, allowing you to photograph your subject in near silence. Other features include a 24-megapixel, full-frame sensor, Maestro II image processor, an ISO range of 100 to 50,000 and a large touchscreen giving you complete control over what you’ve captured.

Set to go on sale next January, the M10-P “Reporter” will be limited to just 450 examples worldwide.  Leica has yet to reveal how much it will cost, but it seems likely that the figure will come in well north of the standard M10-P’s $11,800 starting price.