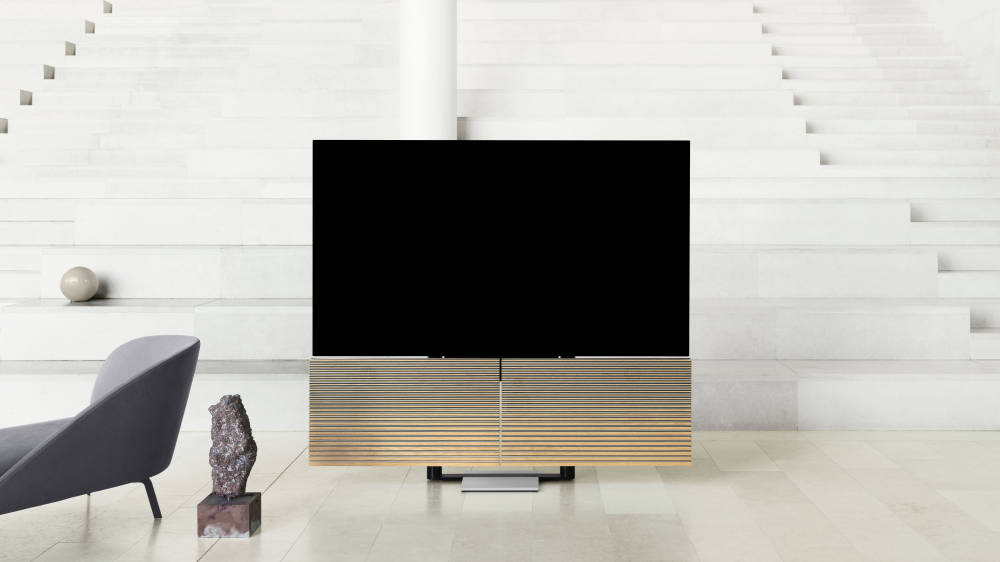 Have you ever looked at your 70-inch plasma screen TV and thought, wow, I really wished this thing wasn’t such an eyesore? If yes, good news: Danish electronics company Bang & Olufsen is rolling out Beovision Harmony, a television that promises to be both entertainment centre and artful furniture.

The Harmony is just the latest in tech’s ongoing mission to make TVs look more chic—LG’s retractable 65-inch screen, for instance,made waves this year for its ability to seemingly disappear from a room entirely. Bang & Olufsen’s new model, however, aims to enhance the space it’s in, rather than receding from it. 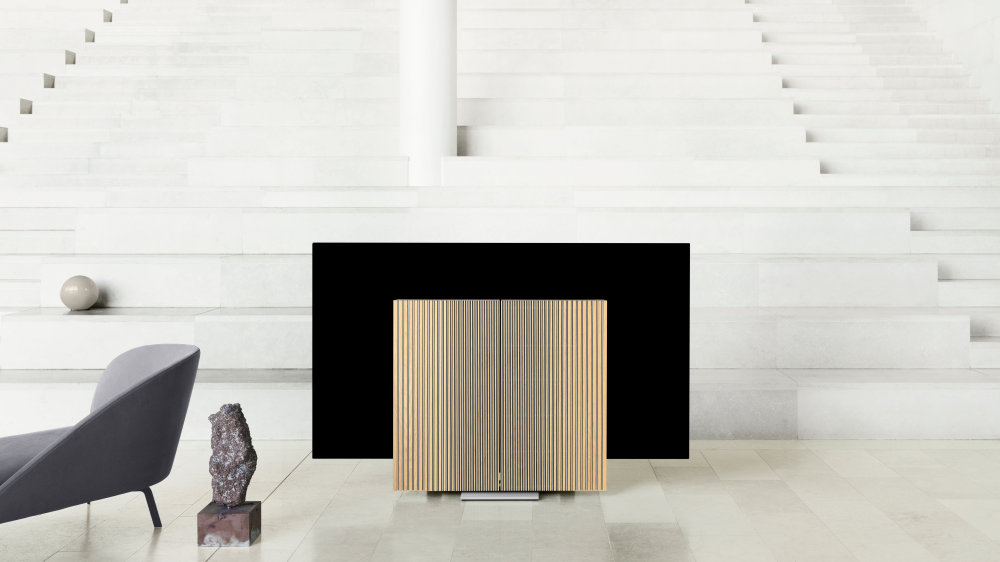 Harmony folded while not in use.
Photo: Courtesy of Bang & Olufsen

The secret is in the speakers. Harmony’s oak and aluminium sound centre fold in front of the screen when it’s switched off, offering a more appealing visual tableau that accents the black screen with a minimalist Scandinavian vibe. Turn the TV on, and the speaker covers fan out, prompting the screen to rise to viewing height. Bang & Olufsen likens the process to a butterfly unfolding its wings, but in person, it looks closer to a curtain being pulled back.

The curtain effect isn’t exactly happenstance, either. One of the engineers who worked on Harmony evidentially did time as a pyrotechnic operator’s assistant (of all things) at Copenhagen’s Tivoli Gardens amusement park. He was reportedly inspired by watching the drapes slide back for every night’s performance. 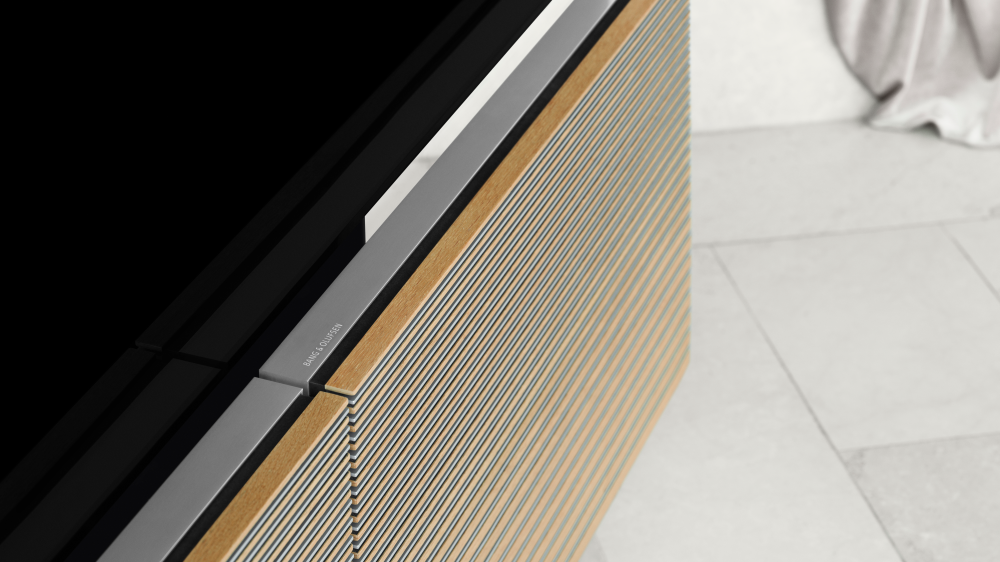 While Harmony may be lacking in the pyrotechnics category, it still boasts plenty of noteworthy tech specs. The TV’s speakers house a DSP-based, fine-tuned sound, and its screen is a bright, bold 77-inch 4K LG OLED. As you would expect from any TV in 2019, all manner of streaming capabilities are baked into the unit as well.

If that sounds like your TV party tonight, Harmony will be made available in Bang & Olufsen stores in October. The price isn’t exactly pocket change: €18,500 or about $30,700 at current exchange, but is likely to be more. If that sounds pricey, think of it as a living room two-fer: TV and artsy furniture piece in one.