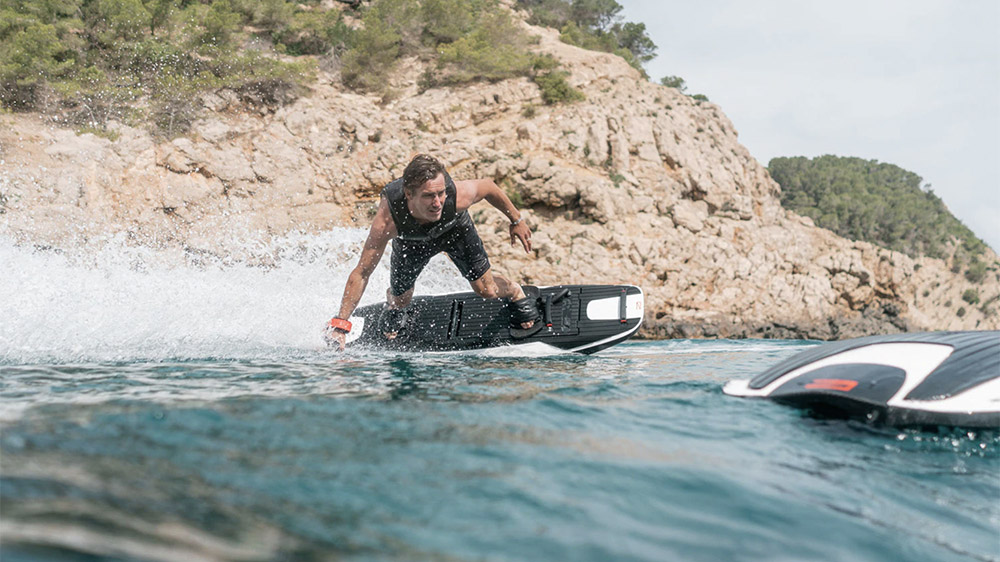 The battery-powered board is capable of speeds of 58km/h.

Awake is giving its electric surfboard a serious jolt.

The Swedish company has just unveiled an upgraded version of its range-topping model, the Rävik S. The latest board doesn’t look radically different from its award-winning predecessors, but it promises to be more powerful and responsive.

Awake’s electric boards are just like their low-tech counterparts with a few key differences. They feature squared-off designs and a channel-shaped carbon fibre hull that cuts through the water with ease. The biggest difference between an electric and traditional surfboard, though, is its powered motor. Thanks to this last feature, you can surf on any body of water at any time of year—even on a snowy winter day, according to the new model’s launch video.

The Rävik S 22 features a 12-kW brushless motor and redesigned impeller that increase both torque and acceleration. The motor has three speed settings, three throttle sensitivity modes, can accelerate from zero to 48km/h in just four seconds and hit a top speed of 58km/h, according to New Atlas. That makes the board a full 3km/h faster than the 2020 edition. There’s also a redesigned wireless speed control system that drops throttle response to 0.02 seconds, making it that much easier to time jumps, tricks and turns.

The premium e-surfboard still features a W-shaped carbon-fibre hull. The board does weigh a bit more, tipping the scales at 39kg—four kilograms heavier than the previous model. The board is also again powered by a 1.9-kW battery pack that will give you between 15 to 20 min of ride time, depending on how hard you’re pushing it. The battery is swappable, so you can have another charged and waiting if you want to extend your surf session. There’s also an extended-range battery that will double the range. 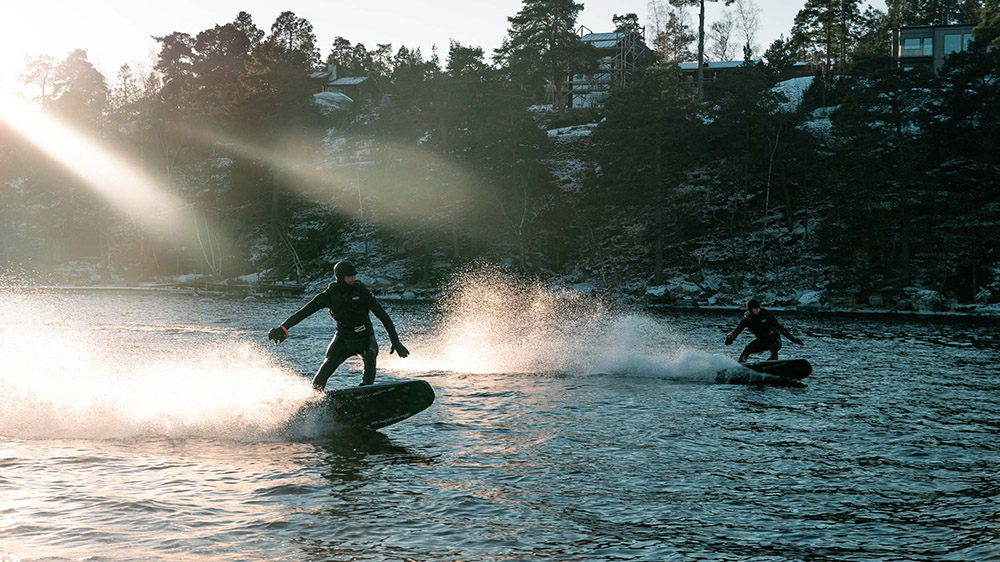 The Rävik S 22 is available to order now through the Awake website. The e-surfboard costs approx. $21,700 with a regular battery and $26,600 with an extended-range battery. That may be significantly more than a traditional board, but for some, being able to surf even without waves is priceless.