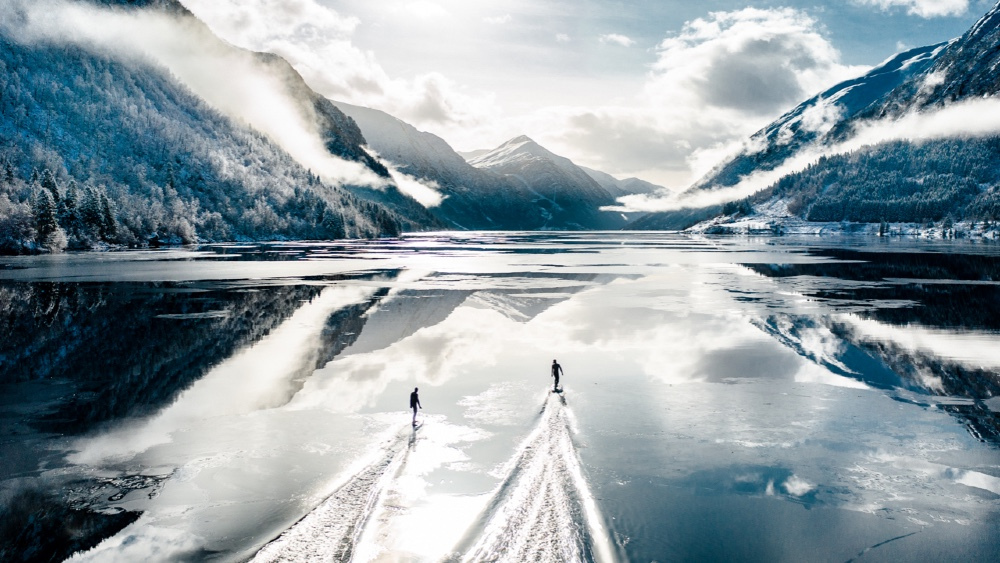 A New Electric Surfboard Lets You Carve Any Body Of Water

Why would someone choose to venture forth in sub-freezing temperatures, don a 70mm thick neoprene suit and propel himself across the water at 50km/h on a new electric surfboard?

For the members of Radinn’s promotional team, it is simply part of the gig. The group has taken the company’s jetboards around the world, from the canals of Amsterdam to the beaches of the Dominican Republic, in an effort to convince joy riders that they’re the coolest new water toy around. For them, the fjords of Norway are just another stop on the tour.

“[We wanted] to show that out product is not only for tropical sandy beaches, warm conditions,” Alexander Fuhrling, the company’s head of brand experience, told Robb Report. “More or less, it doesn’t matter…our product is for everyone and every condition.”

The Radinn team wanted to prove that their jetboards could perform well in extreme, sub-zero conditions. Radinn

The company offers two board models that can be fitted with three different electric jetpacks and two battery-pack options, ranging in price from roughly $12,400 to $16,500.

The most basic, easy-to-ride option tops out at 40km/h, while the top-end model reaches 56km/h. A standard battery pack provides about 35 minutes of ride time, while the long-range battery will run for about 45 minutes. A Bluetooth-enabled handheld throttle controls the jetpacks, which are nearly silent and recharge in about three hours. In April, the company will introduce new jetpacks, the G3 and the more powerful G3 Pro, and a new style of board.

“We decided to go to Norway because we’d been thinking for a long time about doing something in cold conditions,” says Fuhrling. “As our name, Radinn (radical innovation), says, we searched for something radical.” Mission accomplished.

The jetboards have a maximum speed of 56km/h, and the battery charge can last up to 35 minutes. Radinn

“Every second in the icy water was worth it though,” Mintautas Grigas, visual content director at Radinn, says of the ride across a glacial lake surrounded by snowcapped mountains. “The water was like glass, reflecting the mountains around us—it was surreal.”

The photos certainly make one want to visit the fjords and try a jetboard—though maybe not at the same time.