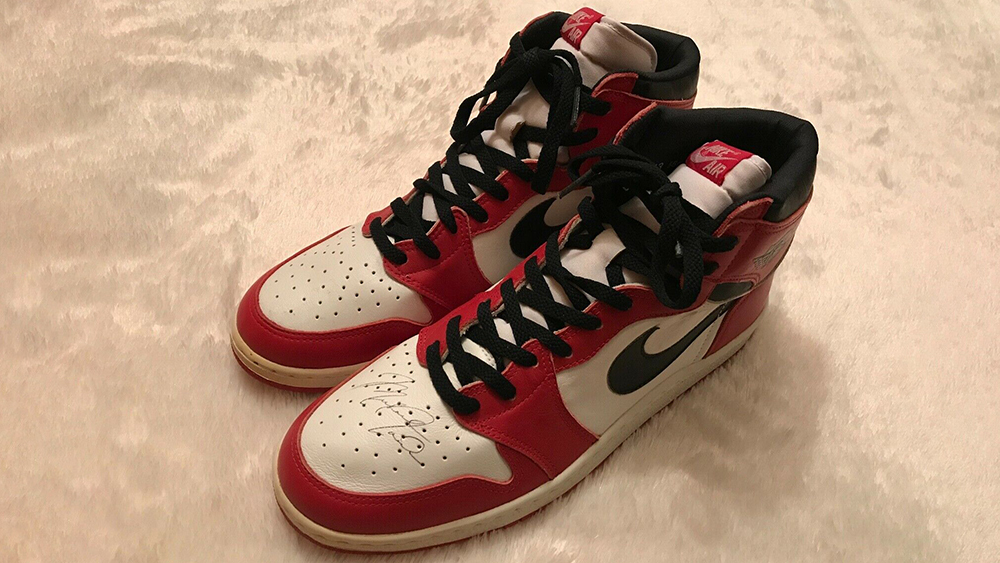 Arguably the most iconic kicks in the game.

The slam dunk of sneakers has just popped up for sale. A pair of unworn Air Jordan 1s signed by the GOAT himself have been listed on eBay, with an asking price of $1.3 million.

The coveted kicks, which the seller describes as “the crown jewel for the ultimate Jordan collector,” are presented in “pristine condition” and feature the original retro design and classic Chicago Bulls colourway. According to the listing, there are only between 15 and 20 deadstock pairs like these in circulation. This pair is also one of only two to be publicly verified and marked with the Hall of Famer’s autograph, which explains that sizable seven-figure sum.

The shoes are emblazoned with “850204 TYPS,” which indicates the date they were made and suggests they may have been a “player sample” manufactured by Nike exclusively for Jordan. Since Jordan wore mismatched shoes for most of his career, the pair is in a size 13 (left shoe) and a 13.5 (right shoe). 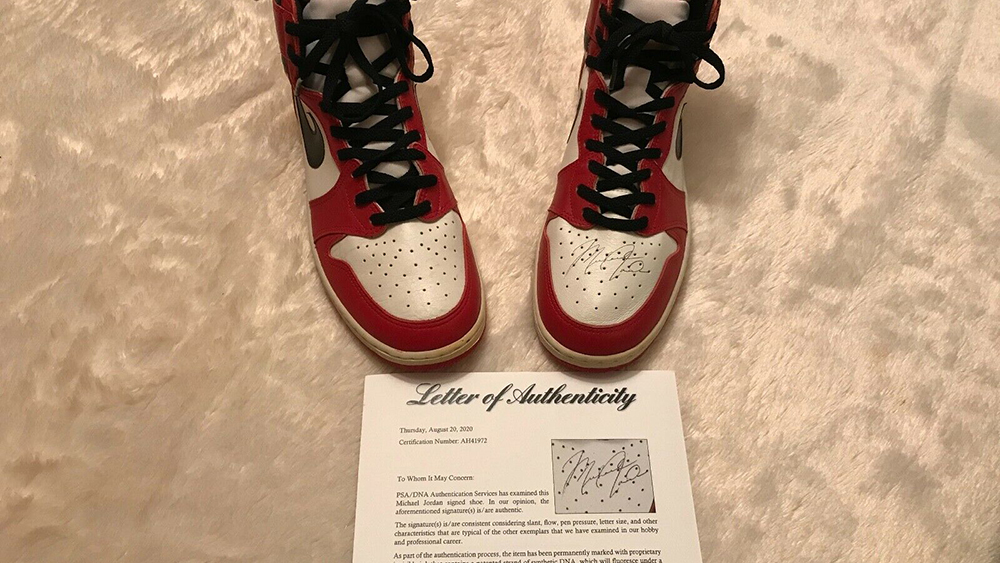 The sneakers come complete with a certificate of authenticity. eBay

The Air Jordan 1, which first debuted in 1985, has skyrocketed in value in recent years. ESPN’s recent Last Dance docuseries, which details Jordan’s career with the ’90s-era Bulls, appears to have pushed the sneakers’ value even higher. Just last year, a pair of near-identical Air Jordan’s sold for around $726,796 at Sotheby’s. The only difference? Those sneakers were worn by Jordan throughout many nail-biting games in the ‘80s, whereas the pair listed here have not been worn.

The current buzz has even caused sneakers without the former shooting guard’s signature to nearly double in price and has taken other memorabilia to dizzying new heights. Indeed, last week two Michael Jordan rookie cards sold for nearly a million each.

As for the current pair of Air Jordan’s on offer, the listing has had 651 views in the past hour as of writing, and it certainly seems as though the $1.3 million could be achieved. But, hey, if you don’t happen to have a cool mil on hand, you can always enter your own bid.

Check out more photos of the kicks below: 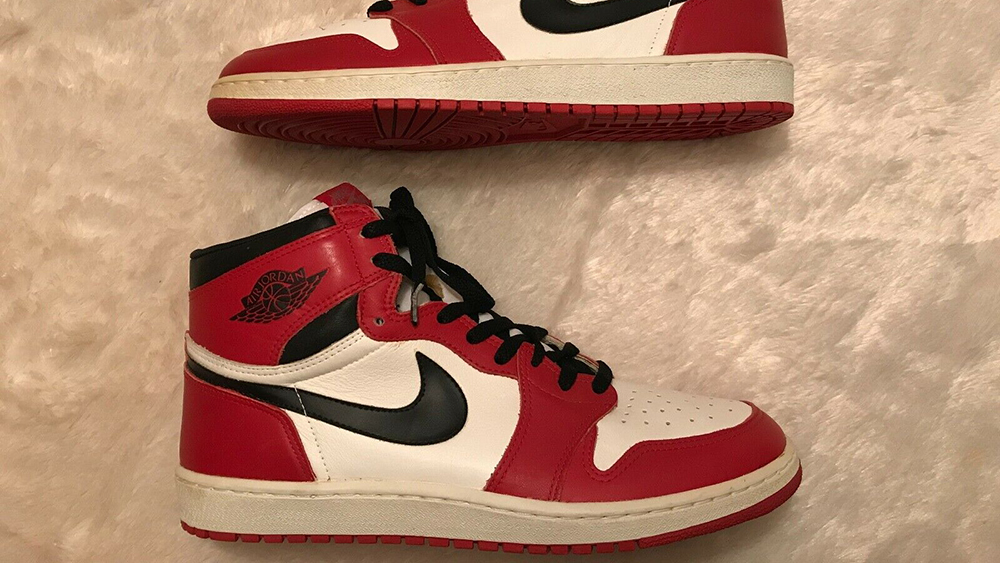 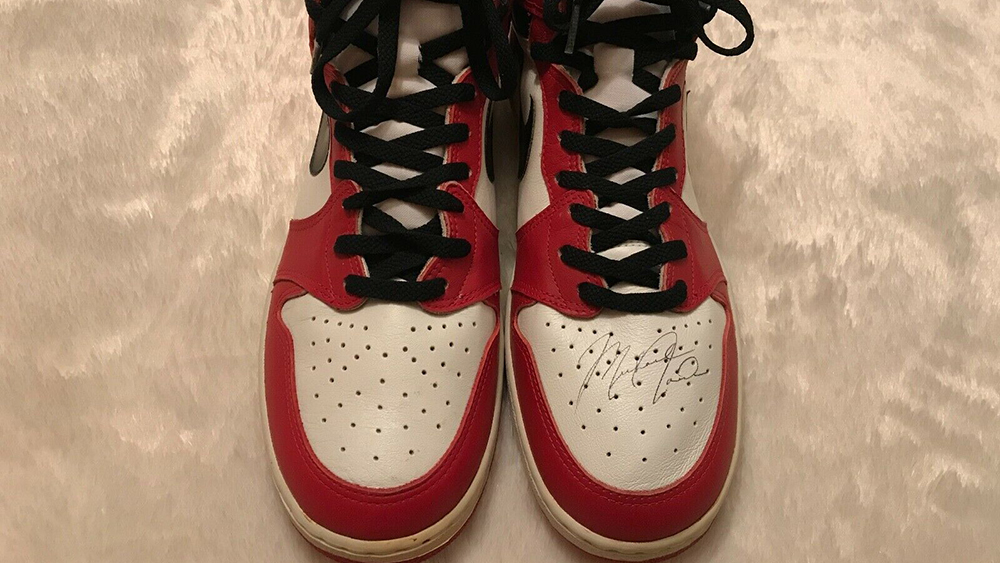 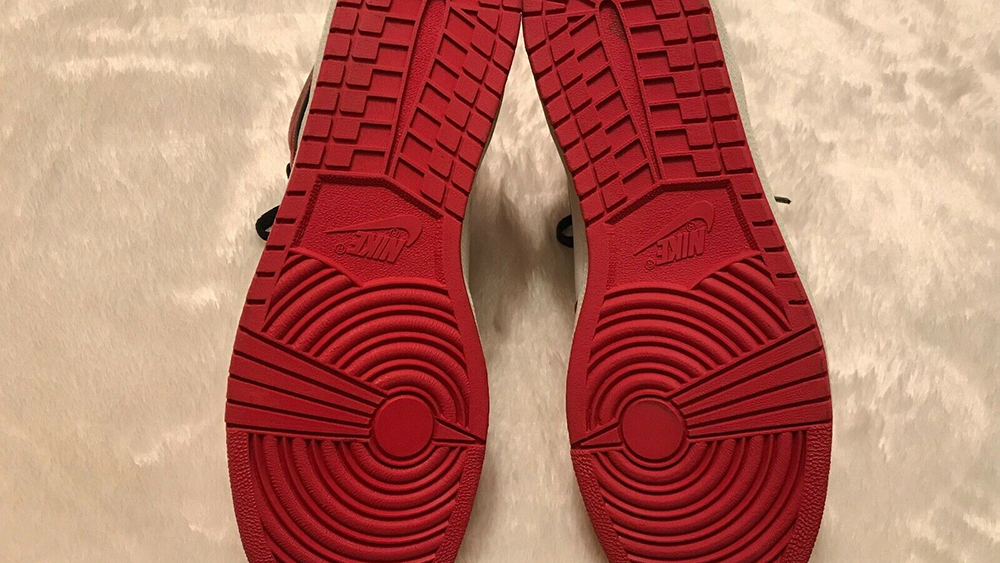