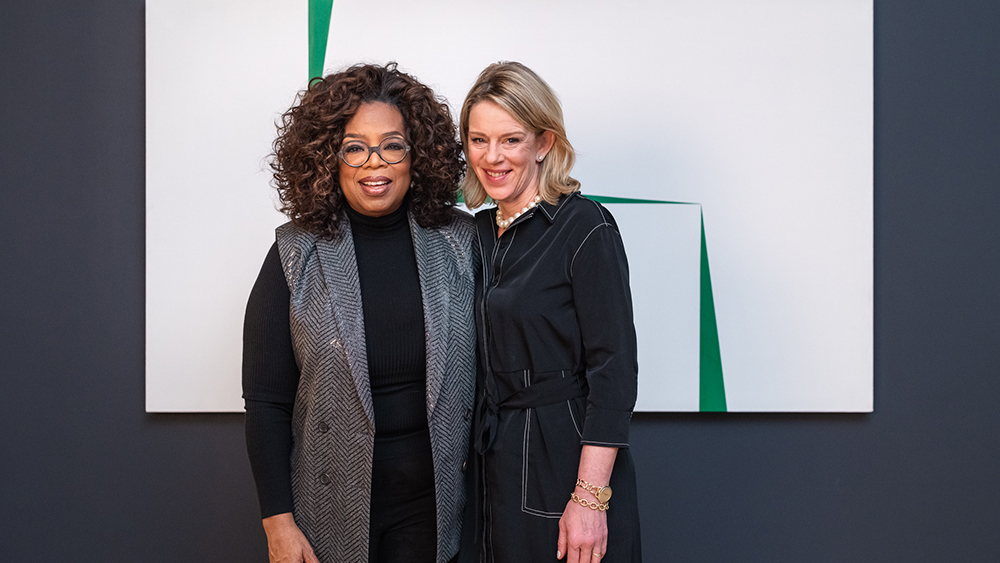 The art of helping the next generation of women

Agnes Gund, Oprah Winfrey and Miss Porter’s School have joined forces for By Women, For Tomorrow’s Women, a Sotheby’s auction that will benefit the 176-year-old academy for high school–age girls. It will be the first all-women artist benefit auction at a major auction house, and it consists of two sales. The live auction is scheduled for March 1, before Sotheby’s Contemporary Curated sale on the same day. Several relevant works will appear within Sotheby’s Contemporary Art Online sale, which will accept bids between February 22 and March 7.

The 23 works in the March 1 auction and the 17 works in the online auction were made by women, and in many cases they were donated by the artists. The school will use the proceeds to provide financial aid to students. The collective pre-sale estimate on the 40 works in both auctions exceeds $2.8 million.

The idea for the auction came from a Miss Porter’s professor and a trustee who were inspired by Gund’s Art for Justice fund, which encourages the sale of art to underwrite initiatives to reform the criminal justice system. They approached Gund, a Miss Porter’s alumna, who embraced the cause. Oprah Winfrey, another supporter of the school, serves with Gund as an honorary co-chair. 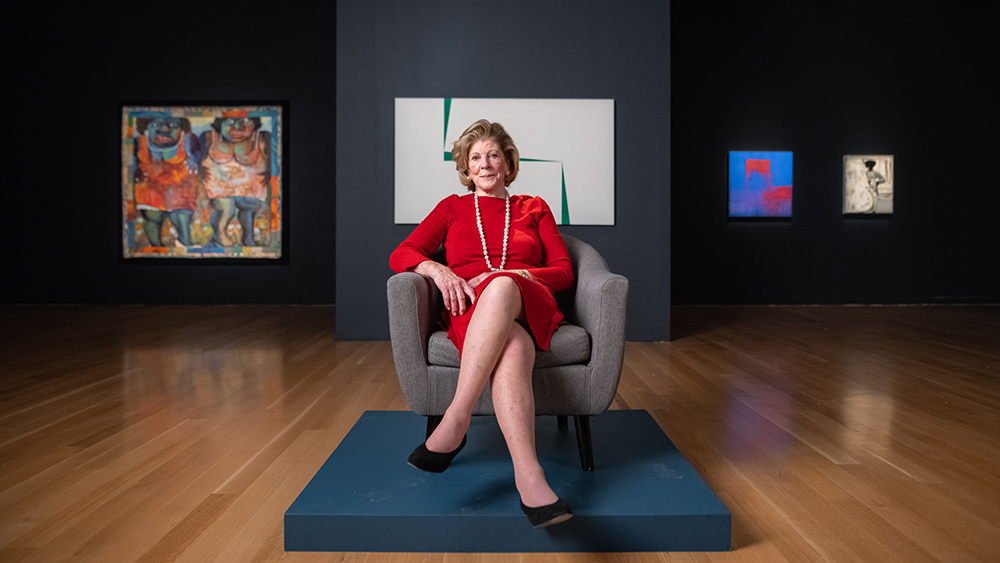 Gund donated the star lot of the sale: a large 1966-1967 canvas from Carmen Herrera’s Blanco Y Verde series. Estimated at $2 million to $2.8 million, it has never been auctioned before, and it appears just months after a 1966 Blanco Y Verde painting set a record for Herrera at auction, commanding $3.6 million at Phillips New York in November 2018. “Herrera has identified Blanco Y Verde as her most important series of works,” says Saara Pritchard, a senior specialist in Sotheby’s Contemporary art department in New York. “This composition is iconic for her and she revisits it in later works, in different iterations.”

Artist Jenny Holzer offered a choice 2006 piece from her Survival series, a white marble bench emblazoned with the words “Men Don’t Protect You Anymore” and estimated at $70,000 to $98,000. This is the first piece from the limited edition of Survival: Men Don’t Protect…to come to auction. “Not many works from the series have come up. They’re acquired by very good collectors who rarely want to sell,” Pritchard says, noting that similar works by Holzer have sold in the $140,000 to $280,000 range.

Pat Steir contributed a powerful 1994 abstract canvas from her Waterfall series, estimated at $120,000 to $180,000. “This is very characteristic of her work in the 1990s. She often gravitated to pairing colours,” Pritchard says. The German contemporary painter Katharina Grosse gave a 2017 circular canvas, titled O.T.and estimated at $55,000 and $85,000. British artist Cecily Brown created a work on paper expressly for the sale. Titled Beach Blanket Babylon, the large pastel and ink on paper carries an estimate of $70,000 to $98,000. 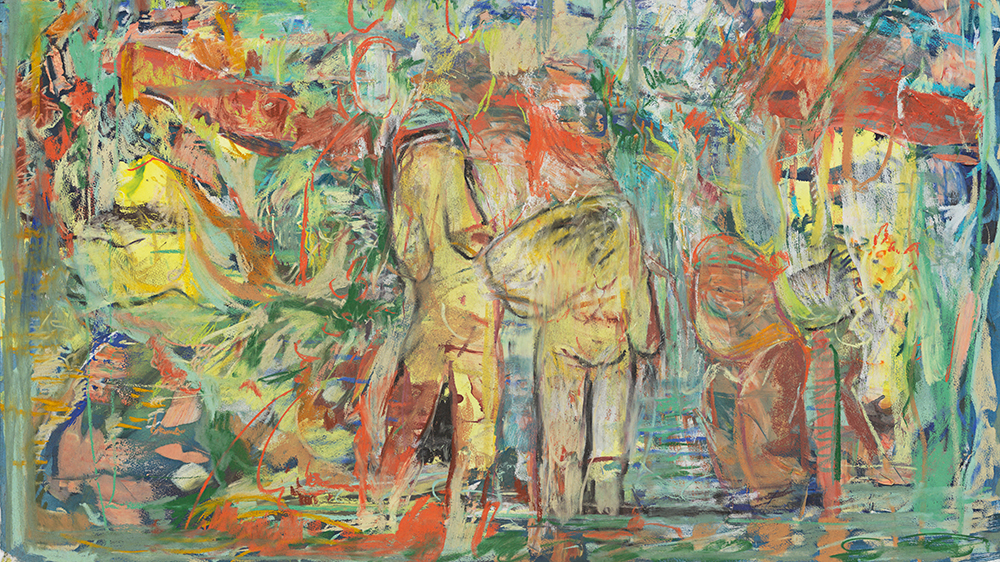 By Women, For Tomorrow’s Women takes place at a time when women artists are gaining momentum at auction. Late in January, Sotheby’s sold a stunning 1788 portrait by Elisabeth-Louise Vigée Le Brun for $10 million, setting a new record for any work by a female artist of the pre-modern era. The title of “most expensive living woman artist at auction” has changed hands more than once in the last 10 years. Jenny Saville claimed the honor in October 2018 with her 1992 self-portrait, Propped, sold at Sotheby’s London for $17.3 million. The string of happy results should continue with this benefit auction. “We’ve definitely seen a lot more of a market focus on female artists in the last five years,” Pritchard says. “The timing is perfect.”