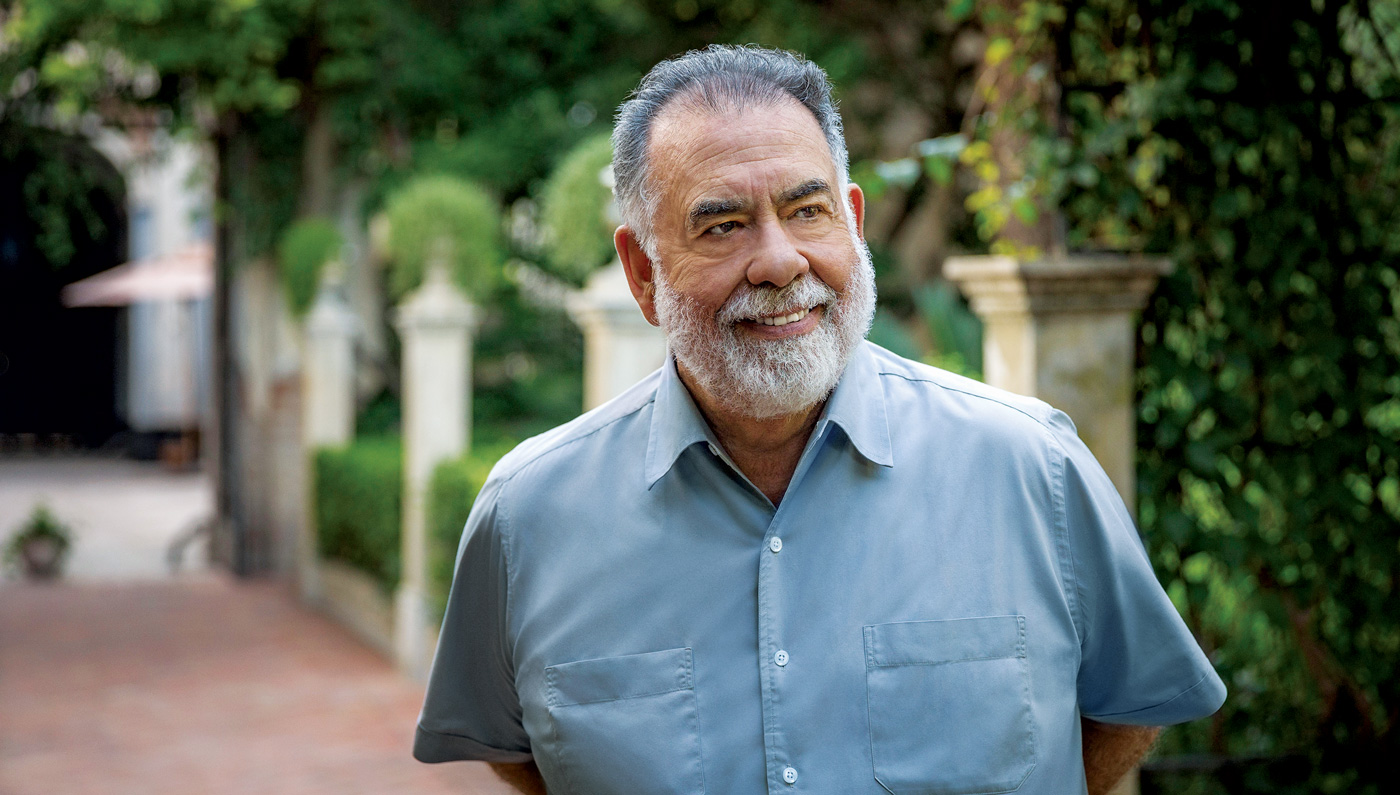 How he got to this point – after risking everything, with family in tow – may be the most interesting story of all.

No matter the market or medium, Francis Ford Coppola wants to tell you a story. “Whether it’s wine, hotels, movies, art – anything that involves offering people an authentic experience of pleasure – it’s like putting on a show,” says the 78-year-old filmmaker, winemaker and hotelier. “It’s all show business.” The Academy Awardwinning director of The Godfather trilogy and Apocalypse Now should know. His wine brands include Inglenook, Coppola (which is celebrating its 11th anniversary this year) and Virginia Dare, and he owns five resorts in locations from Guatemala to Basilicata, Italy.

I wanted to buy a little summer house in Napa Valley so our boys could swim and climb trees. We were looking at little cottages, and the agent said, “This isn’t right for you, but they’re going to auction the Niebaum estate”. We didn’t have enough money, but we made a deal. I had to take out a big loan. It was not practical. And then I went off to the jungle to do Apocalypse Now – another adventure.

Despite the success of the Godfather films, nobody wanted to finance Apocalypse. I had to put up everything I’d earned to guarantee the loan to make the film. And now I have this beautiful place in Napa Valley, and I’m probably going to lose it. Then my wife said, “There’s 100 acres of vineyards that come with this house. Everybody is asking if they can make a contract with us for the grapes.” I said, “If everyone thinks the grapes are so good, why don’t we just make wine?” She said, “What do you know about making wine?” I said, “I don’t know how to make wine. I don’t know how to make movies either.”

At a time of my most perilous vulnerability, we came upon a beautiful island in the Philippines where we spent the night with our kids. I said to my
wife, “We could buy it for $50,000”. She said, “You just bought a winery”. But I had fallen in love with the jungle. I later went with my eldest son to Belize. We found a totally abandoned lodge, and I bought it for, I think, US$40,000. Now we’re making wine that we don’t know what to do with, we have a lodge, and we have a total bankruptcy because of the money I owe on Apocalypse Now. It looked pretty dire. 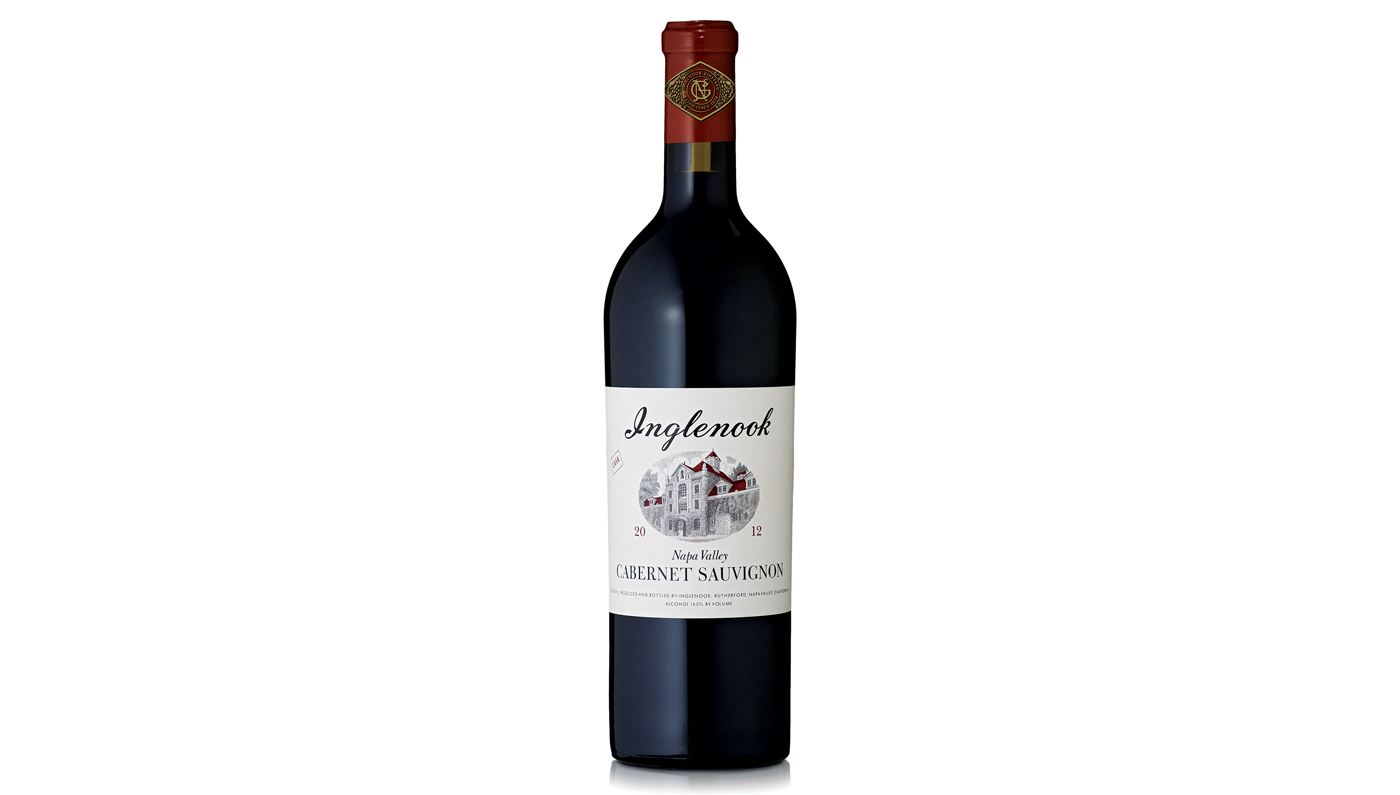 Slowly, people came to stay at the lodge in Belize. They loved it so much they said, “Gee if you had one on the beach . . .” So we bought a place on the beach. The wine and the hotels all grew and prospered. And little by little, people kept going to see Apocalypse Now. After a while, I made some money back by making The
Outsiders, The Cotton Club, Dracula. So I said to my wife, “You’ve been so great
letting me do these crazy things. I’ve paid off the debt. I have US$10 million that I’m going to give to you. Go find a financial adviser who can make an annuity so that you’ll never go to the supermarket again and be told that you have no credit. You don’t have to be embarrassed ever again.” A week later I heard about an Inglenook property adjacent to ours that was going to be sold. I went back to my wife and said, “Give me that money back”.

The guests coming to your hotel are your audience. The people working there are
your colleagues and cast. Even the wine business, if the bottle doesn’t have a story connected to it then they’re all the same. We had a story because we had bought something that had been destroyed, and we brought it back to life.

All the young filmmakers who want to know what to do to be successful, I always say, “Get married”. When I was 16, I was the drama counsellor at summer camps, and I loved doing shows with little kids. When I was 20, I really wanted to get married and have kids. That’s sort of unusual, but I had so much fun with children. When I did get married, I had no job, no money, nothing. Having this little team that I was responsible for made me very serious about my work. Whereas other people my age were out having fun and going to parties, I was home writing.

Movies, especially now, are in a time of great transition. The cinema – you can’t call it film anymore because it’s not done on film, and you can’t call it television anymore because it’s not some box in your house in one room. Cinema is in its infancy. The movies that your grandchildren will be making will be so different from what we know that I can barely get a glimmer of what that might be like. That’s what I’m interested in personally. That’s what I do with my time: I try to think about and experiment and, ultimately, hopefully, before I go, do something in what is basically a new form, a form that will change and grow and be reinvented many times. And you have to allow experimentation. You have to allow failure. Art without risk is like thinking you can make babies without sex.