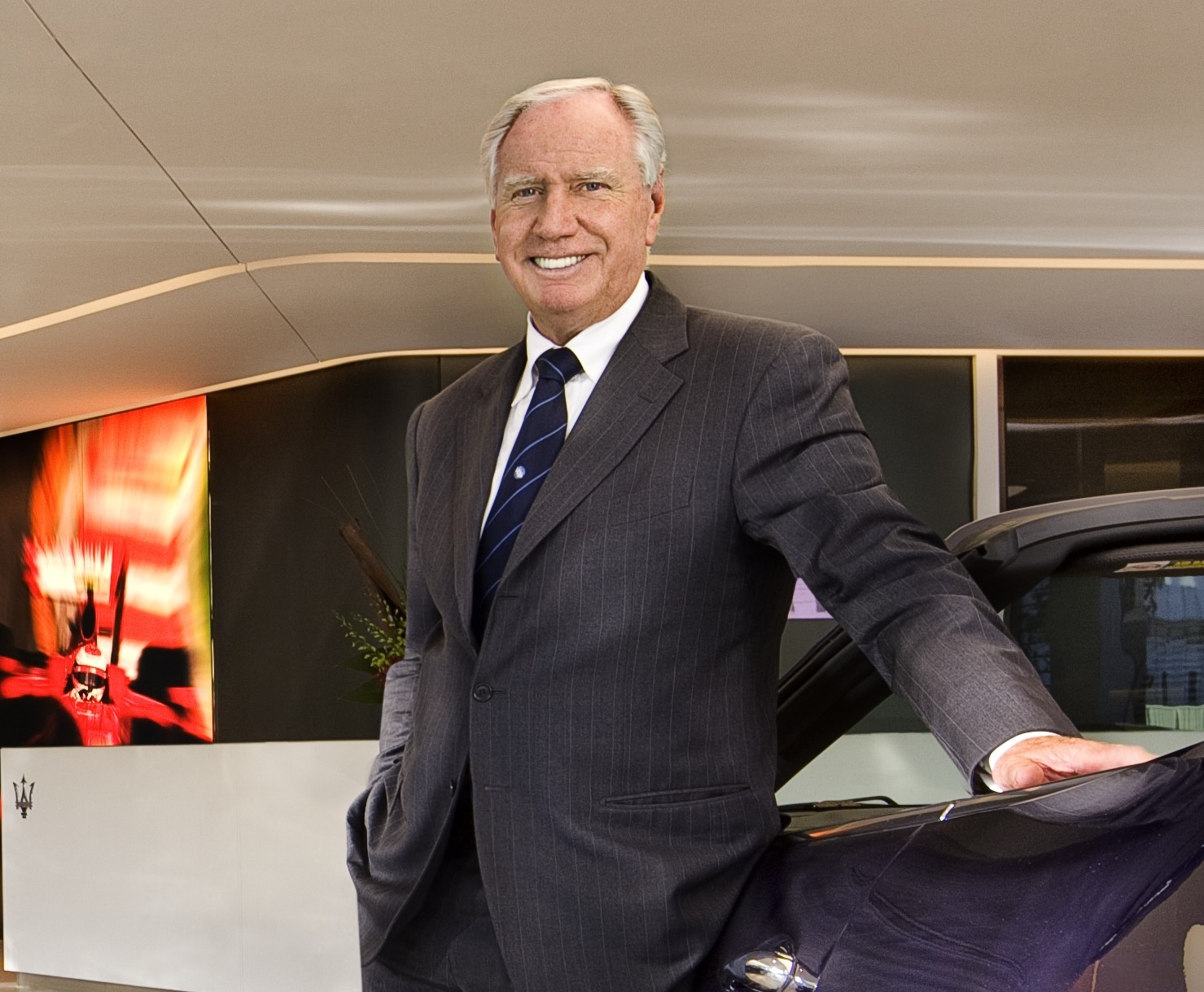 The Australian-based expatriate Kiwi reflects on cars, boats and business.

Neville Crichton CNZM, 73, is executive chairman of Ateco Group, an automotive, industrial and property conglomerate. Crichton was born on a dairy farm on New Zealand’s South Island, where a knack for selling bicycles evolved into NZ’s largest used car business. Equally successful in sailing and motor racing, at 29 Crichton sold up and sailed the Pacific for a year, ending up in Hawaii with another automotive business. In 1979, the non-smoker was diagnosed with terminal throat cancer, resulting in the removal of his larynx. In the mid-’80s he built Sydney-based Ateco into an automotive powerhouse, while also spawning NZ’s superyacht industry via his Alloy Yachts. Crichton is among the world’s most accomplished yachtsmen, his wins including the UK’s Fastnet, the US Transpac and line honours (twice) in the Sydney Hobart.

You describe yourself as simply a “dealer”. How do you define that and how is one made?

In 1979 you were diagnosed with terminal throat cancer. Apart from beating the disease, you helped pioneer techniques to regain your voice.

I read about these doctors in Indianapolis that restored voice boxes. At that stage I couldn’t talk and I was writing on a slate. And when you can’t spell, that’s even worse! I went over and was one of the guinea pigs because generally, people with cancer in the throat are older people that have smoked. I was young and had plenty of energy. We got it working pretty quickly. I didn’t get sick with the cancer – I never accepted there was an issue. But when I couldn’t talk … I’m not sure how long I could have put up with that.

Having a tracheotomy should have ended your sailing career, but it had almost the opposite effect.

The first thing the doctor said was, “You’re going to have to give up boating”. I checked myself out of hospital and did the Trans-Pacific Ocean Race. It wasn’t the smartest thing I could have done, but that was the way I handled it. I never, ever accepted that there was an issue. Since then I’ve done thousands of sea miles and virtually every major ocean race. I’ve had a couple of near misses, but someone was looking after me.

In January 2017 you sold your home in Sydney’s Point Piper. Was this significant or just another deal?

I’m planning to spend a lot more time offshore. I spend a lot of time in Europe and I wanted to have an apartment in Sydney that I can just lock up and leave. I loved that house – my house is something I don’t buy to sell, I buy to live in – but even when you’re away, you’ve got to have security, you’ve got to have staff … I love the Mediterranean, I love the European summer. I have an apartment in Monaco, which is a very good base. 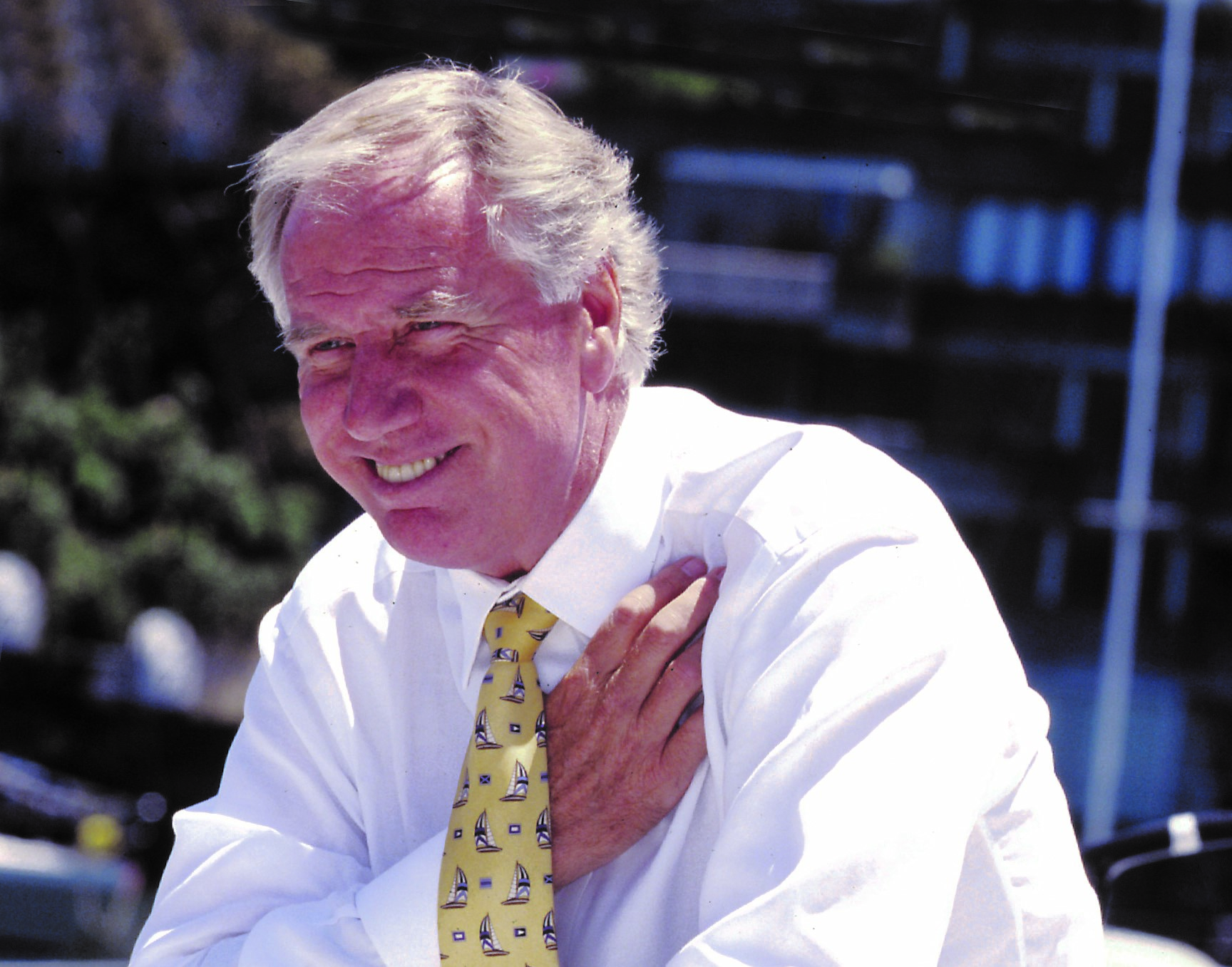 You’ve received an NZ Order of Merit, had major victories in sailing, motor racing and business, and generally done rather well for a farmer’s son. What is your greatest achievement?

I’ve never really thought about it. I think sailing. I’ve achieved more in sailing than I ever expected or could have dreamed of. And business – I like winning with that.

How does one field of competition apply to the other?

Yachting’s a big mind game. It’s certainly a team sport. And in business, it’s no different. The sailing has so many variables you have to deal with all the time – the water, the currents, the route, navigation … Sailing, particularly on a maxi boat, you’ve got a tactician talking behind you, sail trimmers that are talking quietly, and you’re picking it all up and processing it … I’ve got to feel what’s going on all the time, over the whole business or the boat. I can do that and I guess I think everyone can do it, but they can’t.

Everyone does as they get older. I’ve never tolerated fools very much, but absolutely I’ve mellowed. I think I’m a better person for it. Like, if someone gave me a bit of lip, I wouldn’t be scared to get up and whack them in the nose. These days, I wouldn’t even think about it. Probably because I know I’d get whacked back twice as hard. But certainly, you do mellow with age and you get smarter about it.