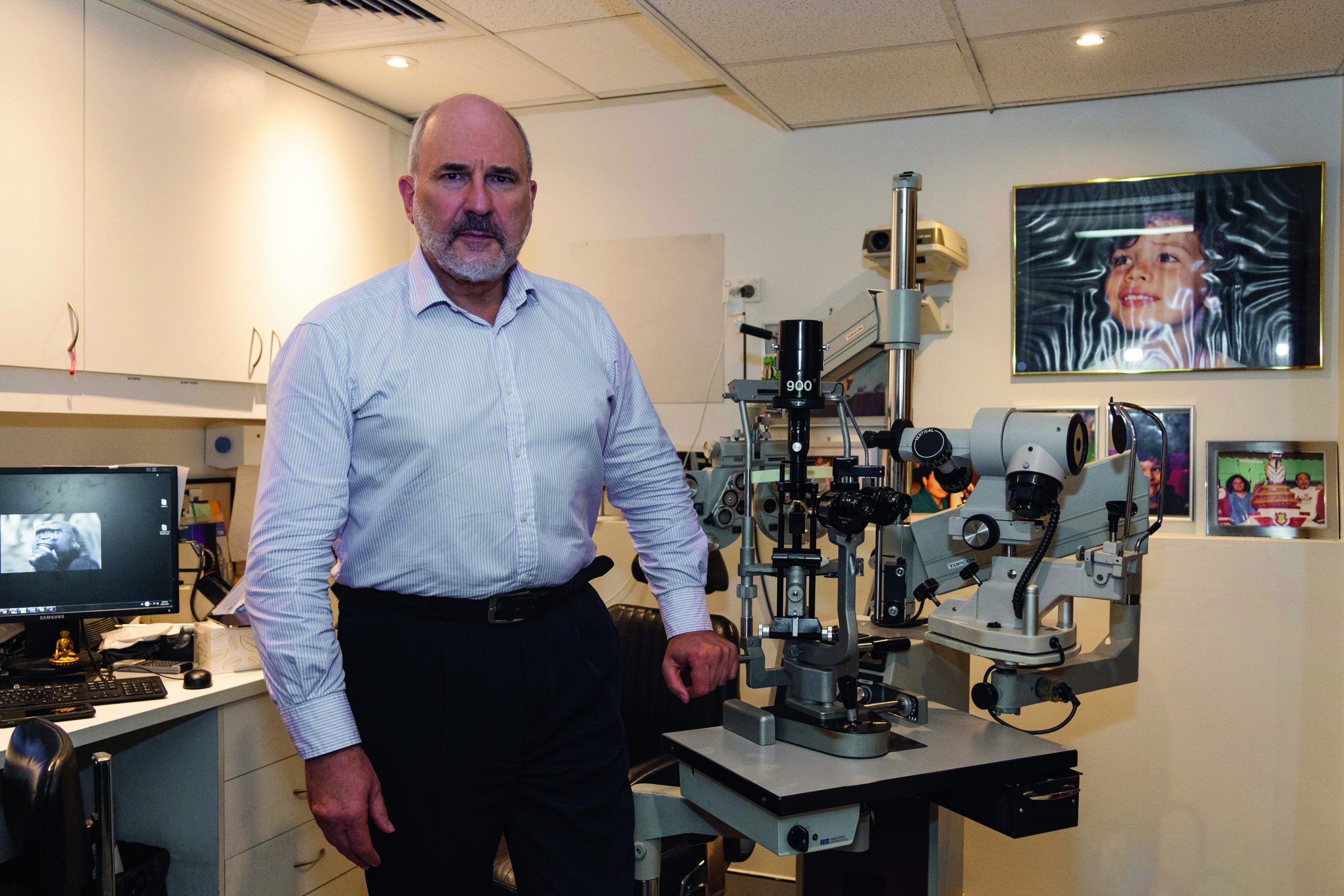 Australians are Lending Their Expertise to Overseas Communities in Desperate Need

Meet some of the Australian professionals who are volunteering their time around the world, teaching vital skills and bringing relief to communities in need.

There are millions of Australians involved in volunteer work, 8.7 million of them by one count. And it’s not just butchers, bakers and database makers staffing the Saturday-morning Scouts barbecue, important though that is. Some of our most highly skilled professionals take their talents to the most challenging places on the earth.

Dr Geoffrey Cohn is but one example. A highly paid eye surgeon in Australia, Cohn is more often found in countries such as Myanmar, where he has helped set up 14 eye centres. “Our biggest,” he says with justifiable pride, “has just celebrated 100,000 sight-restoring operations free of charge.”

When in Myanmar, formerly Burma, Cohn conducts six or seven cataract operations an hour, and teaches locals between times. This “empowering of locals” is because he deplores what he calls the Mission Model, where doctors fly in and out, taking their equipment and skills with them. It is not just cataracts, and not just Myanmar. The South African-born Australian treats glaucoma, trachoma and other afflictions in many countries, backed by 30 other Australian doctors and medical professionals. Like Cohn, they pay their own airfares and ground costs. One is a scrub nurse who is 76, yet keeps returning to Papua New Guinea. 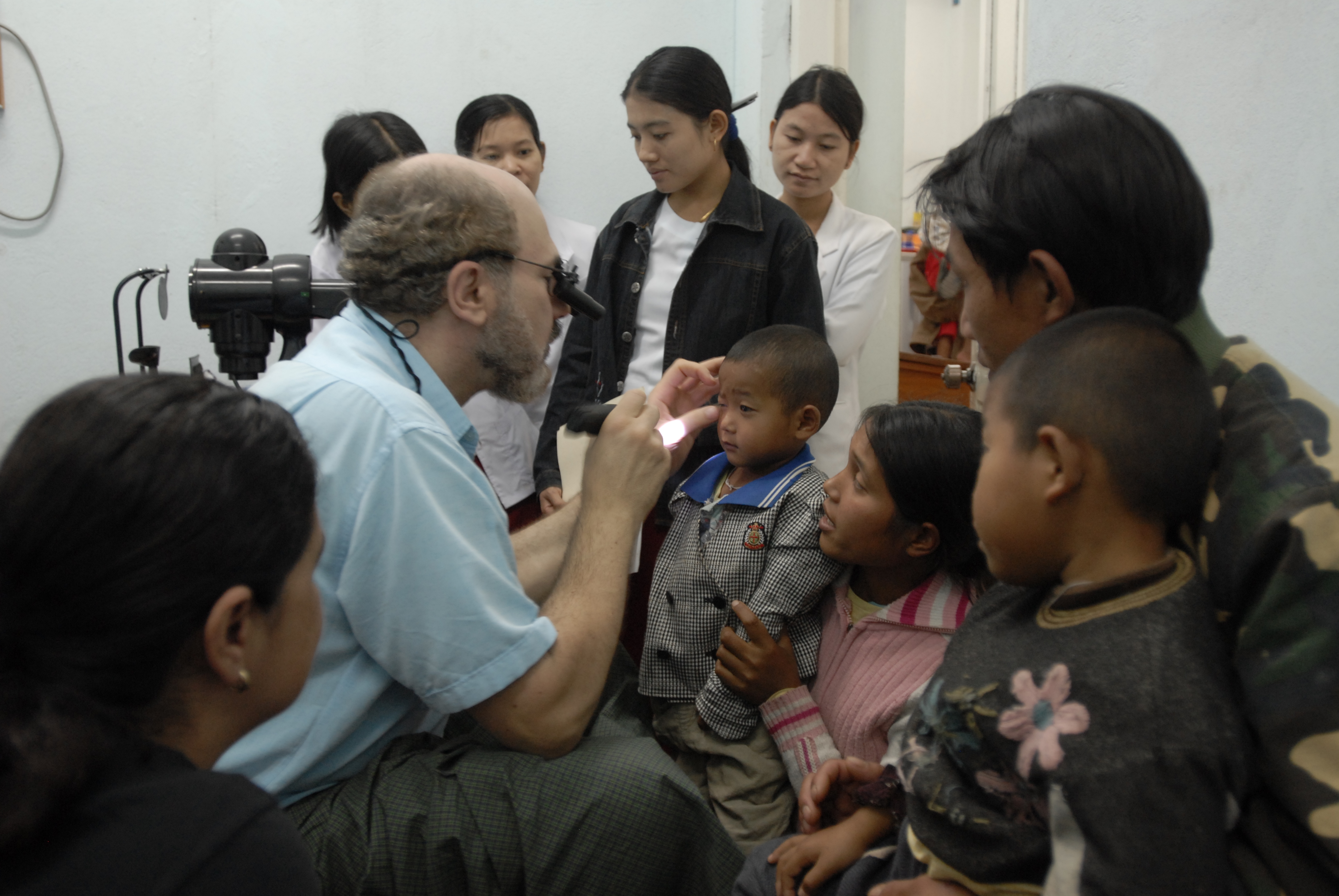 Australian professionals are usually very generous with their time, says Dr Cohn. Many, like him, are far more excited by working forfree in tough places than earning big with the comforts of home. “The chance to do something as meaningful as this is absolutely irresistible,” he says. “You are talking to someone who loves what he is doing, with no illusions it is easy; it is frustrating, but we are making progress and that is what is important.”

The medical worker might be the archetype of the overseas volunteer, but all manner of other professionals are supplying much-needed skills. On a clear day Lucinda Peterson looks out across the Himalayas from her urban planning office in Dhulikhel, Nepal. She was placed there by Australian Volunteers, an Australian Government initiative that pays a modest living allowance – usually a tiny fraction of what people were earning at home.

Peterson is the director of a successful planning consultancy but has put that on hold to achieve a long-held ambition. “I feel like there are enough planners in Australia, so I wanted to take my experience and see how I might be able to share that in places that need additional help in dealing with urbanisation.”

She has taken husband Paddy and their 10- and 12-year-old daughters with her. The challenges were never small and were exacerbated by a devastating 2015 earthquake. It destroyed or damaged much infrastructure and many heritage buildings. Furthermore, much recent urbanisation has been haphazard, resulting in a loss of vital agricultural land. Peterson is planning out how the Dhulikhel municipality can grow responsibly in the next 20 years, and what roads, water resources, sewerage works and so on will be needed. More importantly, she is training locals and fostering community involvement and consultation. “It is not about imposing my skills … or how we do it in Australia. It is about respecting the processes that have existed before. I’m really conscious of that.” 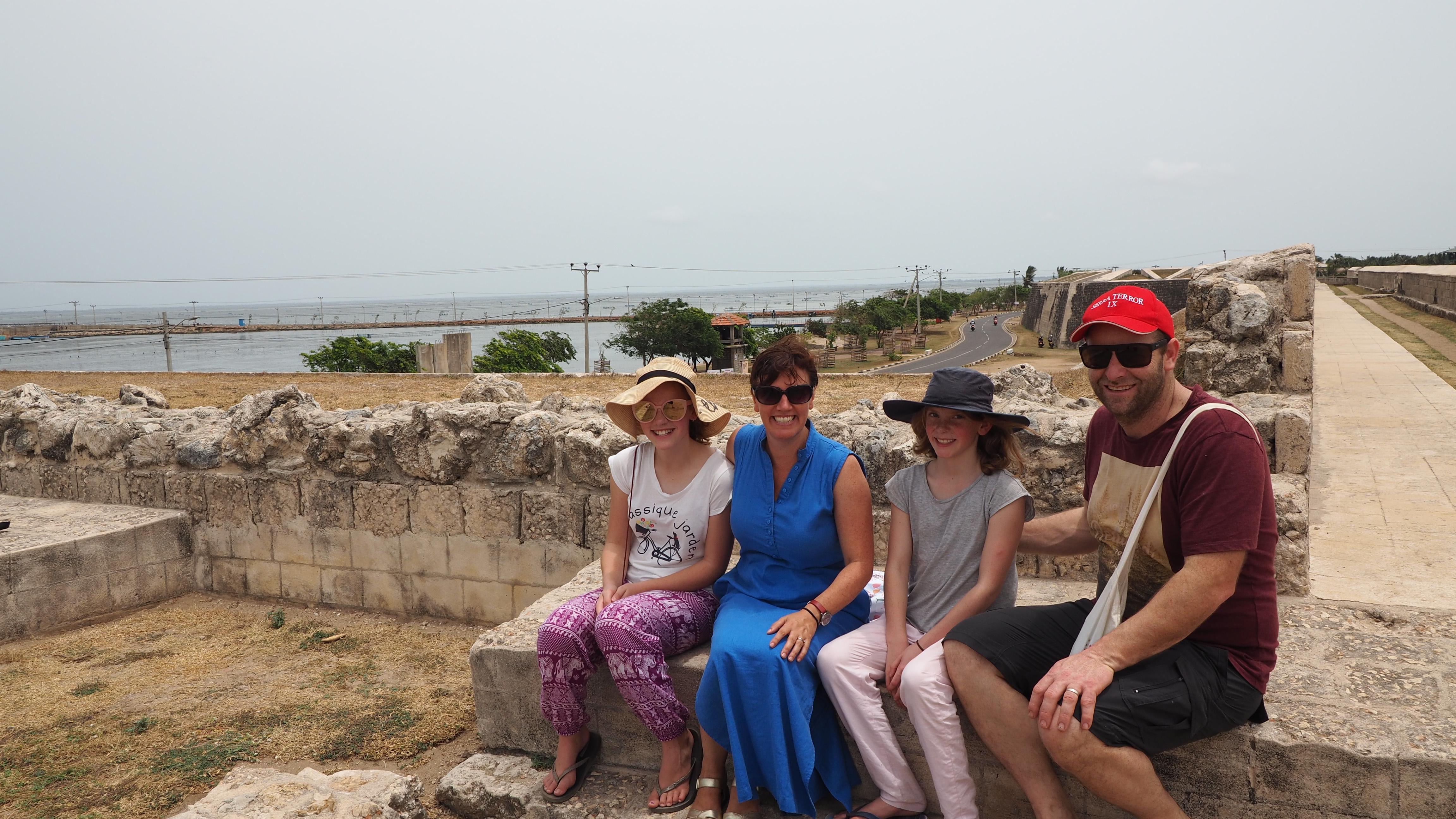 Lucinda Peterson and family in Nepal

Peterson is discovering quirks, including the fact some people don’t respect your skills if you are a volunteer. “That for me was a frustration; I’ve had to prove myself, but it has been really fulfilling, learning about different systems and digging in and trying to understand why things work the way they do, culturally, bureaucratically. It has opened up my world.”

She hopes by the time she leaves there will be a Nepali urban planner at the municipality, helping to do what she believes good urban planning can do: raise the standard of living.

Sue Coffey went from heading communications at the National Gallery of Victoria to working for a human rights body in Phnom Penh, Cambodia, in 2012. The media specialist then moved to Myanmar, again with Australian Volunteers. “I’ve grown up and lived in a very fortunate society,” she says, “and I’ve had great opportunities and a good education, and I’ve been able to make life choices that are not open to people in developing countries, so I felt strongly I’d like to put something back.” 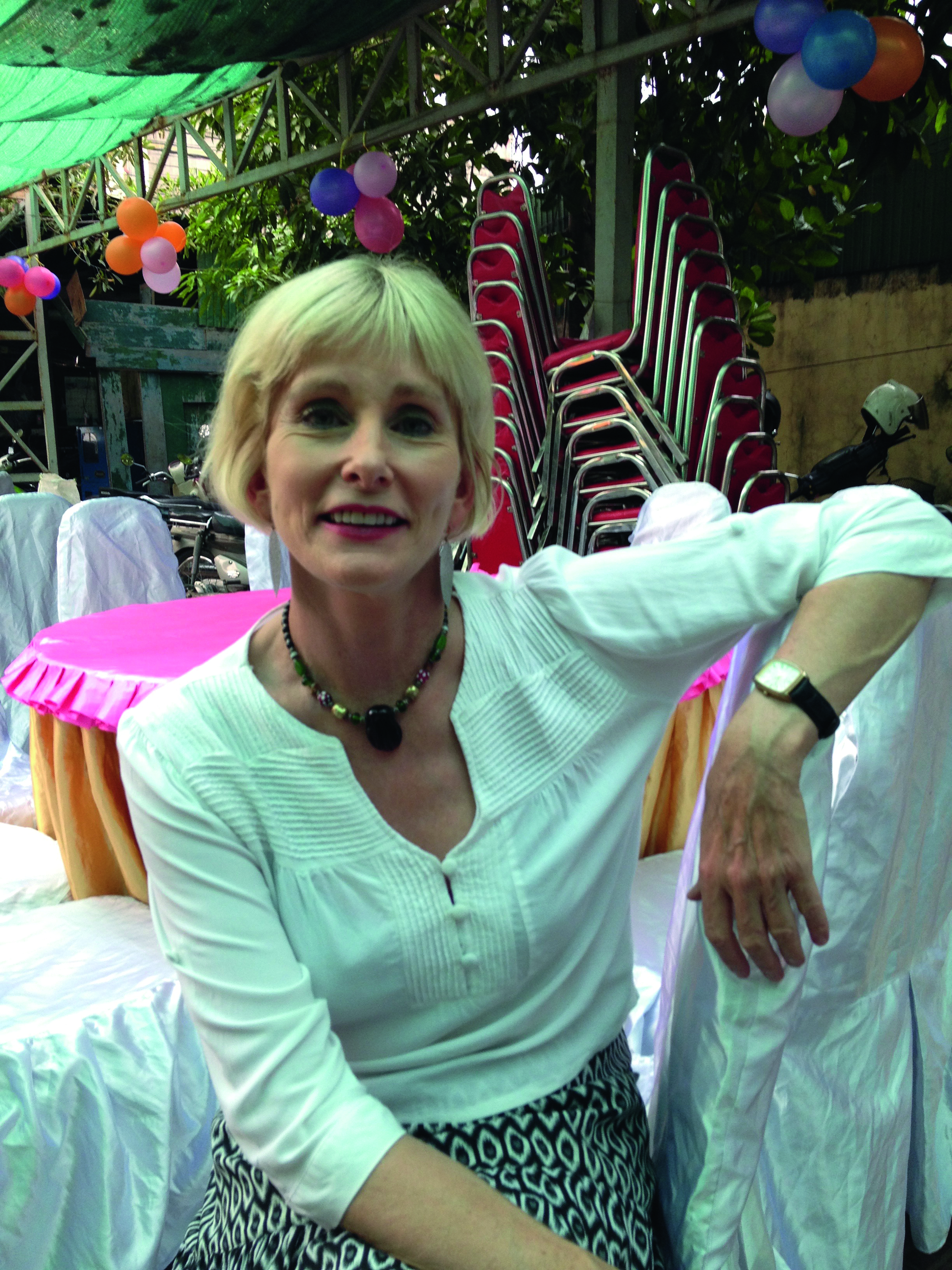 Her Myanmar assignment was with an education ministry in the process of introducing wide-ranging reforms. Two years earlier the country had come out of 60 years of military junta rule. “Dealing with the media was not something that Myanmar ministers or senior government officials were used to doing … I spent a lot of my time training senior people to understand that media communication is vital and democracy involves dialogue not monologue.”

Coffey learnt a lot quickly, including negotiating cultural differences. Now back in Australia – for the moment – she feels she has made a difference, particularly with the skills transfer to locals. “I think it has a ripple effect. I often realised I had an impact on people that was broader than my precise role.”

People we spoke to said loneliness was often an issue. On that front, we managed a Skype connection with Douglas Wilson, a veterinarian who started working three months ago at the Agriculture and Forestry University in the Terai region in lowland Nepal. It was only during our conversation, he said, that he realised how much he missed everyday conversation in his native language.

“I’ve never met another Caucasian in the nearest big town, Bharatpur,” explained the Scottish-born Wilson, who moved to Australia 30 years ago. He’s living with a local family and taking language lessons, but gets by “in a mix of English and a bastardised form of Nepali that I’m making up”. Yes, it can be lonely, he says, but “I’ve got a lifetime of practical experience that I can put to use here”. This includes treating animals, training locals and improving the general set-up. He has just introduced an ultrasound machine and is teaching students to use it. Although on first glance, a vet may seem less useful than a regular doctor, in countries such as Nepal (and Vietnam, where Wilson previously volunteered), the livelihoods of large families often depend on their animals. “Even though they might have only two water buffalos or half a dozen goats, the relative value to these individuals is pretty high.” 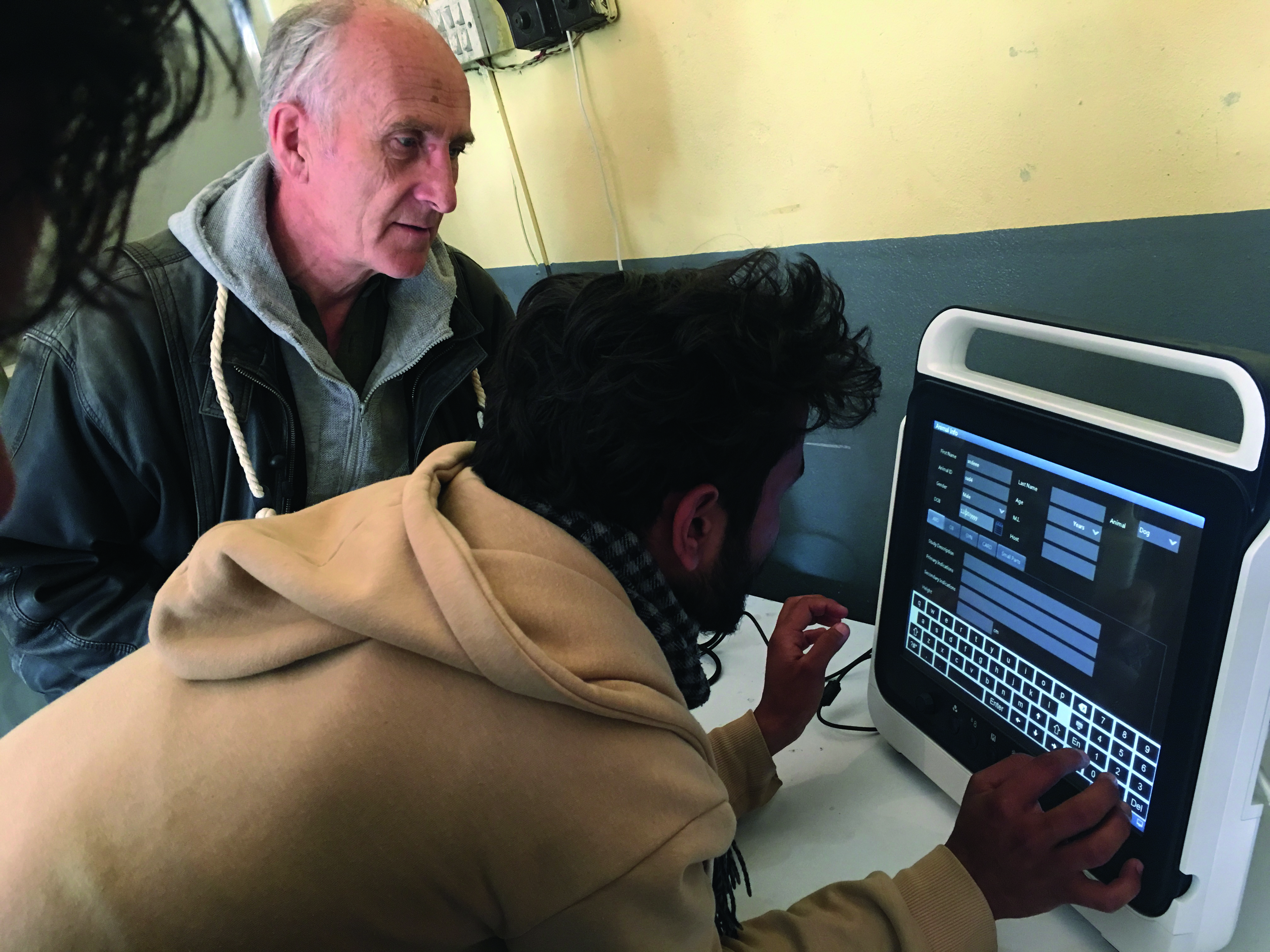 When we spoke, Wilson had just treated a cow with mastitis that would have otherwise died. Is the work fulfilling? “Yes,” he says, “but frustrating as well.” Part of that frustration is caused by the power going out a few times a week. This is one reason a lot of work needs to be done the old way, rather than relying on ever more sophisticated machines, as we do in the west. “Mind you,” he says with a grin, “it’s not that the fancy equipment isn’t there, it’s that the basic equipment isn’t there. But this is a developing country and the people are keen to develop so they are quite grateful for anyone who makes an effort to help them in that way.”

Wilson feels he is making a difference in the clinical and teaching areas and wants to do more volunteering, ideally in the Asia-Pacific Rim. “There is a lot of vitality, a lot of life going on, and it is quite exciting to be in an environment where there is a lot of development and a lot of enthusiasm and a lot of energy.”