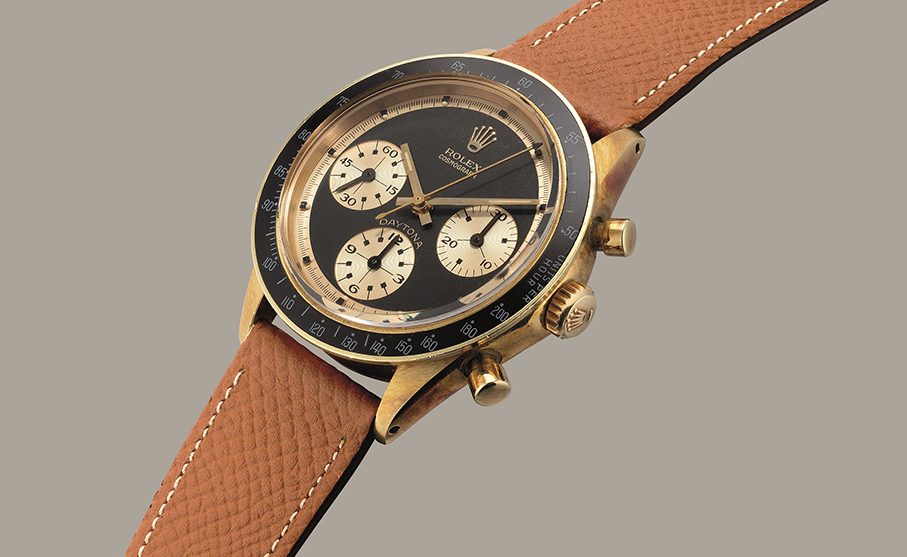 A ‘John Player Special’ Rolex Is Up For Sale

A 1968 Rolex Daytona is headed to auction in November

What do British cigarettes and a vintage Rolex Daytona have in common? Phillips’s upcoming watch sale will soon show us.

On Tuesday, the auction house in association with Bacs & Russo revealed that it will offer a 1968 Rolex Daytona chronograph watch in yellow gold at The Hong Kong Watch Auction: XIII this November. The timepiece, reference 6241, was introduced in 1965 and produced until 1969. Today, it’s among the rarest Daytona examples ever made.

That’s because the watch is a rare variant of Paul Newman’s famous Rolex Daytona. About 2,000 to 3,000 examples of the timepiece exist in the world today, Phillips executive Paul Boutros said in an interview. However, research also indicates that fewer than 300 examples of the watch were cased in 18 carat yellow gold—making it much rarer. 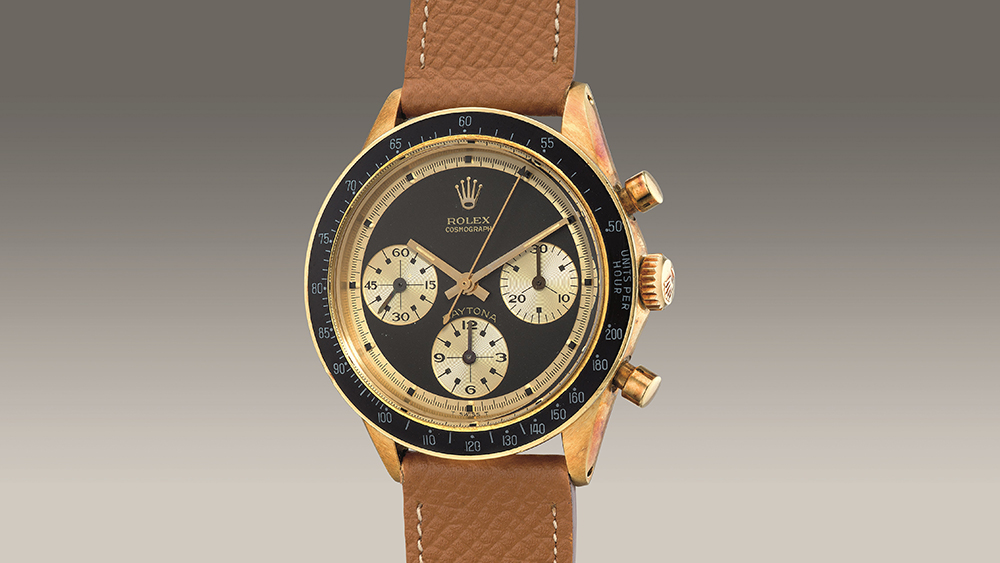 A close-up of the 1968 “John Player Special” Rolex Daytona. Phillips

The watch’s pièce-de-résistance is its black and gold “John Player Special” dial. The nickname is derived from John Player & Sons, a tobacco and cigarette manufacturer based in the UK which frequently sponsored Formula 1 teams. The company’s cigarettes—which featured a regal black and gold colourway—frequently adorned F1 race cars. That same scheme anchors reference 6241. Of course, the only brand name you’ll find on this timepiece is Rolex.

Beyond the dial, the watch also features two French gold import hallmarks. One is indicated on the owl symbol, and other is seen on the Geneva Helvetia, which is stamped on the figure’s caseback and lugs.

The 1968 Rolex Daytona, which comes mounted on a brown leather strap with white stitching, is described as well preserved by Phillips. According to presale estimates, it’s expected to fetch between $807,000 and $1,640,000 in Hong Kong. The two-day auction will feature over 300 lots, including more collector-worthy timepieces from Patek Philippe, Audemars Piguet, F.P. Journe, and Harry Winston on November 27 and 28.