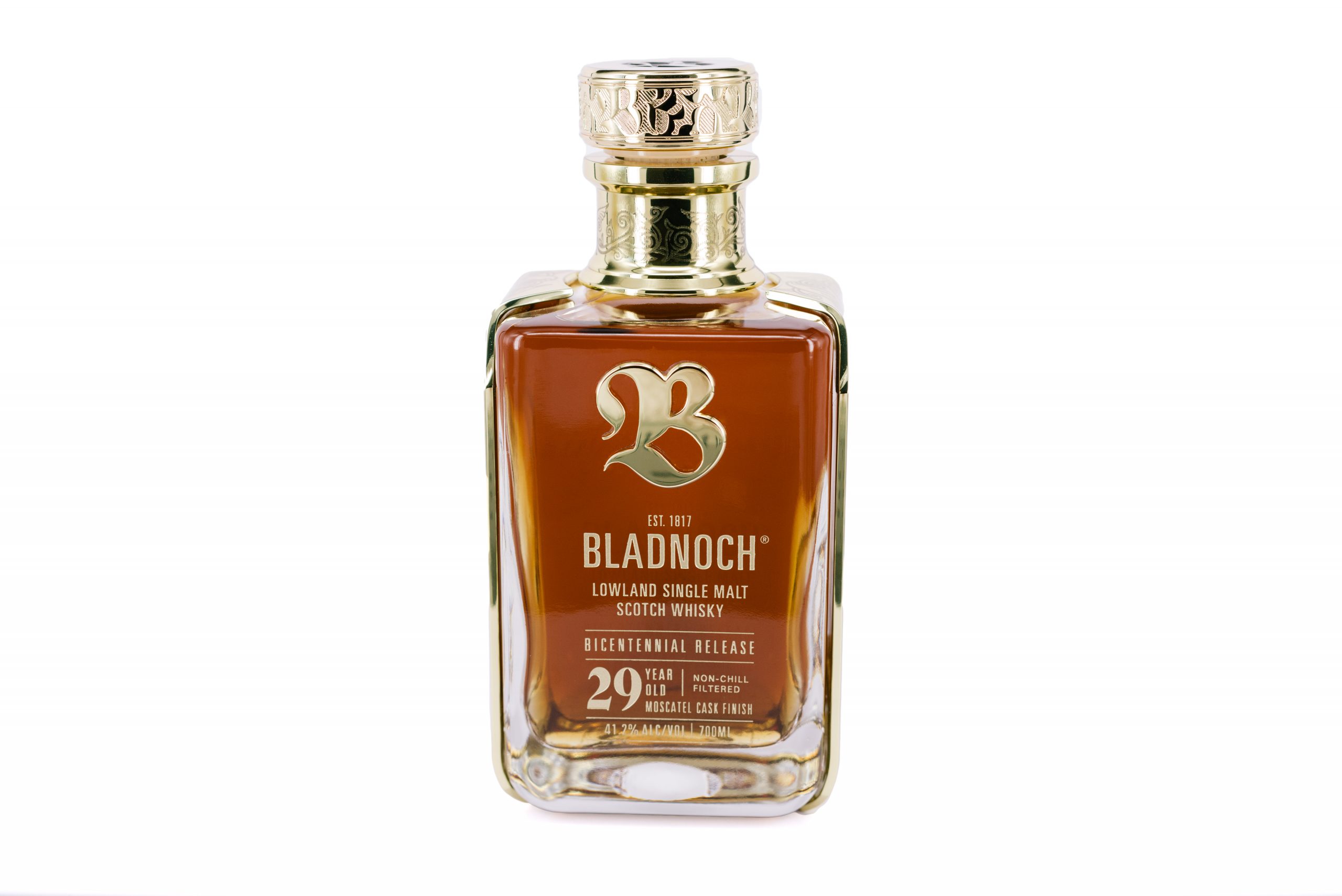 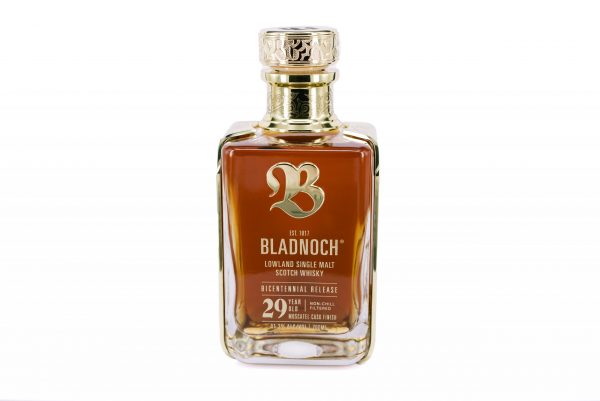 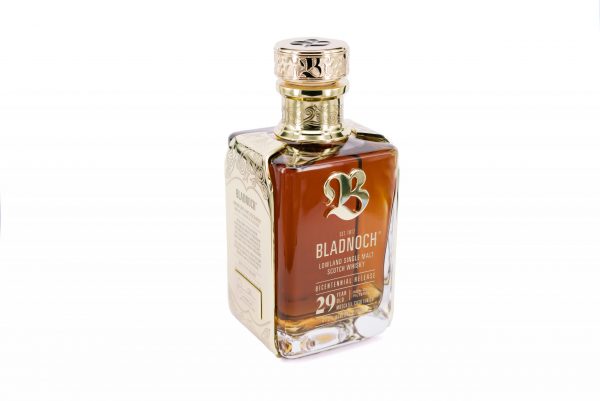 Bottled to celebrate the 200 year anniversary of one of Scotland’s oldest Whisky distilleries . A celebration of Bladnoch Distillery’s rich history and exciting future.

Made from two barrels of 29 Year Old Bladnoch Single Malt, the Bicentennial Release is the most rare Whisky that the distillery has ever released. The liquid spend the first part of its life in beautiful Oloroso Sherry casks and was then finished for a final 18 months in ex Moscatel casks for notes of sweet vanilla and ginger.

Bladnoch Distillery celebrated its 200 year anniversary in 2017 making it one of the oldest distilleries in Scotland. Distilled in 1988, the two barrels of Whisky that were used to craft the Bicentennial Release were some of the oldest in the Bladnoch warehouses.

Each bottle of Bicentennial Release is gold plated and engraved with the unique story of Bladnoch Distillery. 200 bottles were made to mark each year since the distillery had been founded and each of the bottles are individually numbered for collectability.

Warming with a honeyed spiciness, satisfying and long