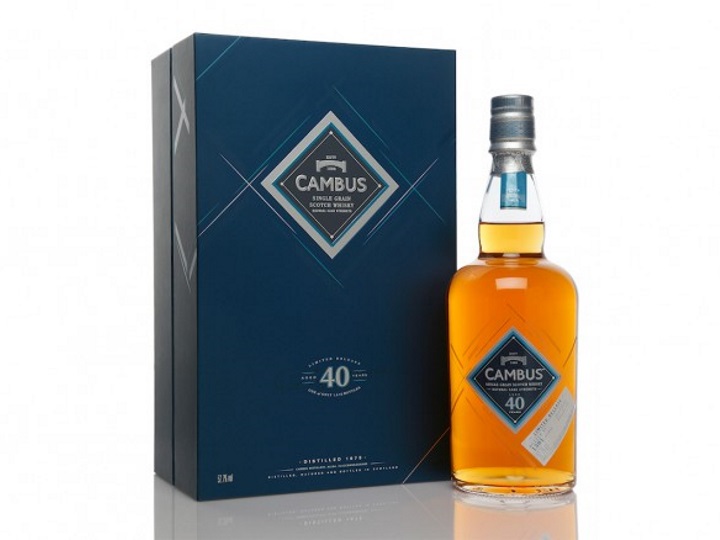 The end of 2016 marked the 16th special release from Diageo. Given their rarity, they will surely appreciate in value.

Special releases are the whiskies that set the hearts of connoisseurs and collectors beating a little faster. Each year, spirits powerhouse Diageo issues (typically in batches of 10) a mélange of whiskies made in various styles, regions, and ages.

These limited editions are all bottled at cask strength, without any water added before bottling. The end of 2016 marked the 16th year of Diageo's special releases, and given the rarity of some of these whiskies, they will surely appreciate in value.

But then, of course, you would not be able to drink them, which really is the point. Investment value aside, whisky fans would be advised to _carpe diem_ in this case.

This year's whiskies range in age from 12 to 40 years, with one no-age-statement thrown in, and they are priced from $US135 to $US4000 (about $A178 to $A5270) per bottle. The only thing they all have in common, apart from being delicious and rare, is that they are from distilleries owned by spirits behemoth Diageo. Here's a rundown of this latest collection. (diageo.com) Auchroisk is a relatively new Speyside distillery, having only been in operation since 1974, and single malt Auchroisks are released infrequently.

The 25 Year Old, $US450 (about $A593), matured in American oak hogsheads and European oak butts, is quite light and fruity after a quarter century in oak, with lots of bright cherry notes along with citrus and hints of chocolate. The finish is long and gentle, heavy on mint and anise. Only 600 bottles have been made available in the U.S. (malts.com) Brora is a legendary whisky, produced at the old Clynelish distillery on the Sutherland Coast for less than a decade, from 1975 to 1983. Not surprisingly, it's one of the most sought-after single malts. But it isn't just rare, it's also delicious. Brora is a mainstay of the special releases lineup, although with depleted stocks, there probably isn't very much left to release.

This 38 Year Old, $US2200 (about $A2890), is the oldest yet, and it shines as the highlight of this year's collection. The palate is true to the nose, full of caramel, toffee, and vanilla, with hints of smoke and a mellow woody spice.

The finish is long and smooth, redolent of leather and tobacco. A velvety, perfectly balanced whisky that's worth the inevitable hunt for one of the 360 bottles stateside. (malts.com) Grain whisky is malt whisky's lighter, column-distilled cousin, which employs corn, rye, or wheat as well as barley. Grain whisky makes up the lion's share of almost all blended whiskies, but until recently it has rarely been bottled on its own.

The Cambus distillery, one of the first grain whisky distilleries, has been closed since 1993, so bottlings are few and far between. The 40 Year Old, $US1150 (about $A1515), is proof that grain whisky can taste every bit as lovely as a single malt.

The mouthfeel is light and soft, with a fruit-laden nose of apple and pear that gives way to notes of toffee, dried fruit, and smoke on the palate. The finish is short and a little spicy, but water is unnecessary for this dram. (malts.com) Caol Ila is a distillery on Islay, the region known for its peated whiskies. Every year, the distillery produces an unpeated malt in limited quantities for Diageo's special releases; this is the 11th bottling.

Even without the peat, the Caol Ila 15 Years Old Unpeated, $US140 (about $A185), is obviously a product of its terroir, with a salty, iodine, mineral flavour that's almost like drinking the breeze coming in off the ocean.

Hints of orange peel and berries temper an oily, slightly medicinal flavour that evolves into menthol and fennel on the rich, robust finish. Like most Islay malts, it's not for everyone — and at a whopping 123 proof it's not for the faint of heart — but for connoisseurs, it is a magical whisky. (malts.com) This Speyside malt is the only one of this year's special releases to not boast an age statement, a trend becoming more popular among Scotch whisky distilleries as supplies of aged stock run short.

This expression of Cragganmore, $US600 (about $A790), aged in refill and "rejuvenated" American oak hogsheads and ex-sherry European oak butts, is dry and slightly herbal on the nose, but much sweeter on the palate, with plum, chocolate, and sweet barley coming to the fore.

The finish is long and satisfying, with hints of smoke and leather along with rich, spicy fruitcake. This is a rich and elegant whisky. (malts.com) This is the only whisky in the collection from the lesser known Lowlands region, known for its gentle, easy-to-drink whiskies. The Glenkinchie 24 Year Old, $US450 (about $A595), has been matured entirely in ex-sherry European oak casks, and its rich, fruity sherry notes dominate.

Tangy marmalade and chocolate aromas morph into dry, slightly tart raisin, orange peel, and caramel on the tongue, with a ginger and cinnamon spice toward the back of the throat. For fans of sherried whiskies like the Macallan, this is a must-try. (malts.com) A venerable Islay distillery which celebrated its 200th anniversary in 2016, Lagavulin produces some of the most classic whiskies in all of Scotland, like its 16 year old, for instance, a smoky, peaty, maritime dram whose colossal flavour can bowl over the uninitiated.

The Lagavulin 12 Year Old, $US135 (about $A177) has become a favorited in its own right, making its 14th appearance as a special release. There is a lot of peat and smoke — it wouldn't be Lagavulin without them — but just beneath the surface you'll taste the sweetness of dark fruit, honey, and milk chocolate.

It's a little brighter and lighter than the 16 year old, and its slightly oily texture coats the palate beautifully. The finish is a long, warm, and lingering, reminiscent of a campfire's embers at dawn. A bottle of this whisky is a great way to celebrate the distillery's milestone anniversary. (malts.com) Most whisky fans have probably tried Linkwood without even knowing it, since it's an important component in Johnnie Walker blends. The Linkwood 37 Year Old, $US900 (about $A1185) is a classic Speyside malt; even after so many years in wood, it's still clean, smooth, and fruity.

Melon and vanilla notes dominate the nose, while on the palate, luscious citrus and baking spices give way to a dryness reminiscent of tea. The oak makes its presence felt most on the finish, which has a characteristic woody spice with hints of dried tobacco. Linkwood isn't bottled as a stand-alone single malt often, so this is a bottle to behold. (malts.com) Probably the least well known distillery of this year's special releases, Mannochmore was founded in 1971, making it a relative newcomer among Speyside whisky makers. The 25 Year Old, $US400 (about $A525) has been aged in a noteworthy mix of new American oak, first-fill ex-bourbon American oak, and ex-sherry European oak barrels.

The result is scents of cinnamon-spiced apple cider on the nose, and a flavour full of raisins, dates, and candied orange peel that shows the sherry cask influence. The finish is long and leathery, with hints of chocolate, tobacco, and smoke. For those unfamiliar with Mannochmore, this whisky is a fine introduction to the brand. (malts.com) Mothballed since 1983, when amber spirits looked to be in a permanent tailspin, Port Ellen Islay malts have become some of the most collectible Scottish whiskies. Even the youngest surviving Port Ellens are now quite antiquated by whisky standards, but this 37 Years Old, $US4000 (about $A5270), has been aged longer than any previous release.

Peated whiskies tend to lose some of their smokiness with age, so the nose reveals fresh tobacco with mere wisps of smoke. On the tongue, it's all citrus, melon, and brown sugar up front, evolving into classic Islay medicinal notes and smoke, with a long, woody and slightly vegetal finish. A soft, chewy, and elegant whisky that's gentle enough to convert even a diehard Islay sceptic. (malts.com)