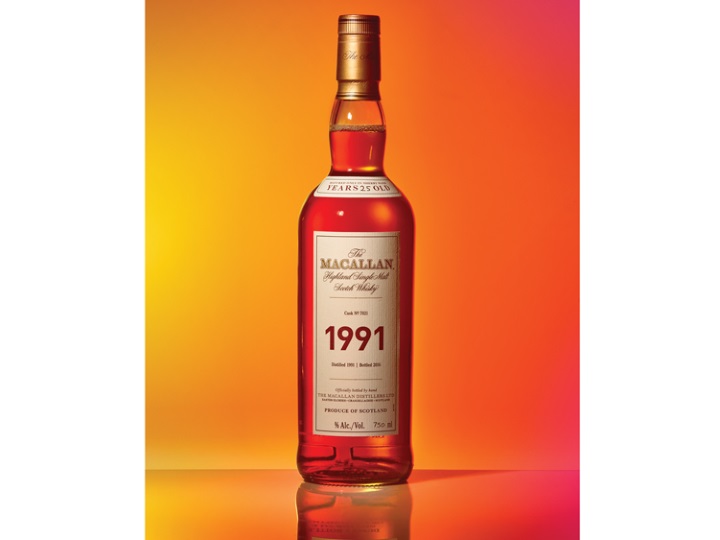 As stocks of older single malts dwindle, this softly sherried 25-year-old single malt looks like a bit of a bargain.

The ongoing quest on the parts of both consumers and serious collectors for older single-malt scotch has resulted in ever-dwindling stocks of these aged spirits and correspondingly rising prices.

One of the most recent examples of this cause-and-effect phenomenon was the price paid in April for the world's only complete Macallan in Lalique Legacy Collection. Consisting of six crystal decanters, each containing single malts ranging in age from 50 to 65 years, this set sold at a Sotheby's Hong Kong auction for $US993,000 (about $A1,252,000).

That sum makes the price of the Macallan's newest addition to its Fine & Rare Collection — the 1991 vintage, $US10,000 (about $A12,600) — seem like a bargain. The intense yet softly sherried velvet of this 25-year-old whisky, which was distilled on March 28, 1991, came from cask No. 7021 — an American-oak Vasyma puncheon that was sherry seasoned in Jerez, Spain.

Bottled at a natural cask strength of 98.8 proof, the 1991 vintage continues to add to the liquid history of the Macallan, offering new insights into the aromas and flavours of this exquisite single malt.