Skiing In The Mormon State Of Utah

For many, Australian summer means an escape to heady, cold playgrounds – but it’s time to move beyond Colorado to skiing in the Mormon state of Utah. Accessible, luxurious and with some of the best snow in North America, ski resorts Park City and Deer Valley prove there’s more to this western outpost than Sunday service and preconceived ideas.

On our first morning in Park City, locals, spread across Main Street’s chain of cafes, could be overheard joking about “Sundance folk” (the town hosts the Sundance Film Festival each January) pouring in from Los Angeles and New York, sporting their finest trainers and tight jeans.

It prompted a quickstep to the nearest outfitter for a pair of waterproof snow boots laced past my ankles and worn every day that winter.

Park City Mountain Resort might be one of America’s most prestigious ski resorts, but Robert Redford’s restaurant, Zoom, which took pride of place on Main Street for 22 years (it closed in 2017), epitomised this place and, indeed, Utah: it was fancy but never pretentious, frequented by the rich and famous but accessible to all.

Redford, the undeniable king of these parts, would walk from table to table introducing himself. He is, after all, said to prefer ‘real folk’, given he’s met enough celebrities and billionaires. 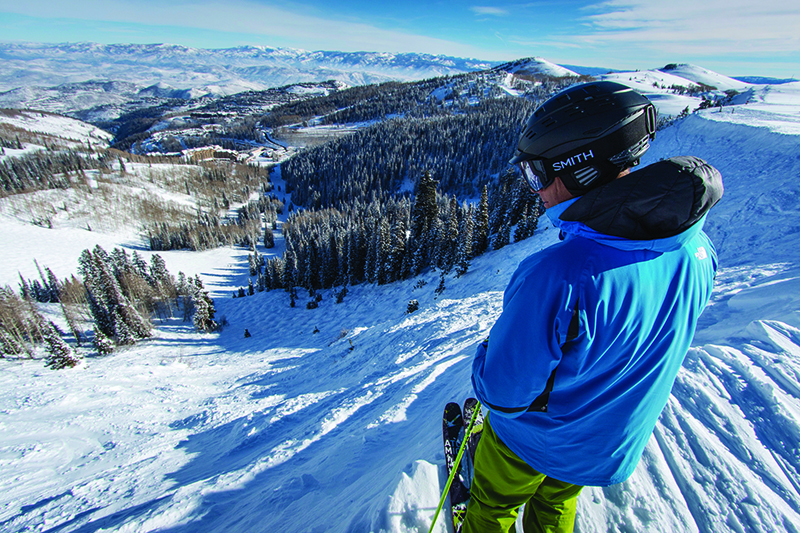 In truth, I’d never much cared for Utah. Ever since Brigham Young and his followers crossed the Rockies in 1848 – acquiring what’s now Salt Lake City for the Church Of The Latter Day Saints – the state held a firm reputation for religious fundamentalism… and bigamy; hardly the kind of environment for an alluring international ski holiday.

Perhaps that’s why its neighbour, Colorado, has long been a go-to for Australian skiers. But as Denver continues down its path as one of the US’s fastest growing cities, clogging access to the state’s ski resorts, and resorts like Vail become increasingly blanketed by Aussie accents, travellers from Down Under started noticing Utah and its appealing offer of 10 world-class ski resorts within an hour of its international airport.

These days, you can score a drink any time you want (only a few Mormon-sanctioned drinking laws remain – at Park City’s High West Distillery I’m warned I can’t buy a drink for anyone who hasn’t finished their last one dry, for the bar losing its liquor licence). 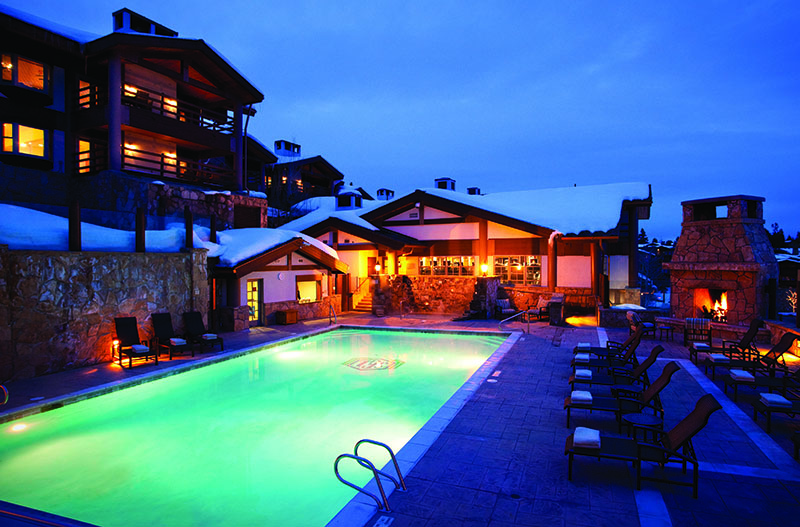 Let’s also point out that the snow here’s regarded as some of the best white stuff on the planet – and in Utah,
the sun’s said to shine for more than 300 days a year, with 12 metres of snowfall on average each season.

Of the various resorts, Park City is the most obvious choice – an easy 35-minute drive east of Salt Lake City International Airport.

In 2015, Vail Resorts, after buying Park City Mountain Resort the previous year, connected it with its neighbour Canyons Resort via a fancy new gondola, making this the biggest ski resort in the USA. And there’s more than 100 bars and restaurants with just as many independent boutique stores – so apres skiers have just as many turns to figure out. In the beauty queen stakes, only south western Colorado’s 19th-century mining town, Telluride, can really compare.

As in Colorado, the 1860s saw dreamers descend on Park City looking to make their fortune in silver. Saloons, grand hotels and stores were built from the profits and many of these structures still stand today – an eclectic mix of Spanish Revival, Victorian and Queen Anne architecture. The town has 64 buildings on The National Register of Historic Places.

Ski runs, like Quit’N Time, drop you straight into the action, while the Town Lift takes you up again with skis suspended high over Park Avenue. Though turn right before making it that far for a Six Shooter (double rye, vanilla, coffee, chartreuse and absinthe cream) at High West Distillery, the world’s only ski-in distillery. Yes, that’s right – ski-in distillery. 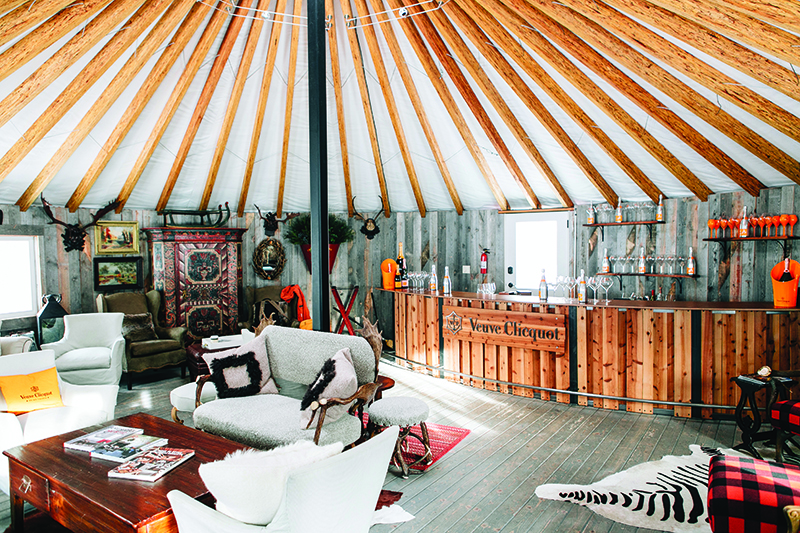 To be fair, Park City’s off-piste offerings have long flown in the face of Utah’s ultra-conservative reputation. Main Street bars like No Name Saloon and O’Shucks open till 2am – rivalling any drinking establishment in Aspen or Whistler – while fresh seafood is flown in daily and served at some of the western United States’ best regional restaurants – notably, Riverhorse On Main: a 16-year recipient of the Forbes’ Travel Guide Four-Star Award.

That’s barely a small push into the luxury on offer here. Drive another three kilometres up-valley and you’ll find America’s number-one-rated resort (according to the World Ski Awards). I’d love to tell you more about the runs here but I can’t. Because Deer Valley Resort is one of only four (two found in Utah) to exclude snowboarders from its slopes. Funnily, snowboard brand Burton once offered boarders $5000 for video footage of anyone riding a board on these hallowed slopes.

Still, rest assured that all properties are ski-in, ski-out, with runs groomed each afternoon for those demanding fresh corduroy lines post-lunch. It’s but one reason why the likes of Dreamworks CEO Jeffrey Katzenberg and politician Mitt Romney hold holiday homes here, set as they are among 820 hectares of exclusive terrain, with runs spread across six mountains and lift tickets limited daily.

I walk around its pretty village and think about that $5000 bounty – even though no boarder makes it far (a state judge a few years back ruled snowboarders don’t have constitutional rights to ski the mountains). Thankfully, at least, no-one stops me ordering the buffalo flank steak at feted restaurant Glitretind, inside the five-star Stein Eriksen Lodge (multiple winner of the World Ski Awards’ prestigious World’s Best Ski Hotel Award).

A further pair of exclusive hotels reside in Deer Valley. I get my thrills walking across the slopes in snowboard boots to The Montage’s Apres Lounge & Beach Club for champagne cocktails, caviar and truffled popcorn in a tent warmed by an open fireplace, decorated with fur ottomans. The St Regis, meanwhile, is another luxe ski-in, ski-out property.

Fancy some pared-back exclusivity? Head 40 minutes down the road to Robert Redford’s own mountain, Sundance Mountain Resort. It sprawls out across 2000 hectares of protected wilderness, flanked by the 3500-metre-high Mount Timpanogos. Redford still lives here (as have other actors such as Sydney Pollack), within a tiny community that hosts the most significant releases of the annual film festival, one of the largest independent festivals of its type, which was set up by Redford four decades ago. Lift tickets here cost just $80 USD, and the car park fits barely 500 vehicles – but once in, you can eat and drink inside the Owl Bar, an original 1890s saloon once frequented by Butch Cassidy’s Hole In The Wall gang, which Redford moved here from Wyoming.

Luxury, like the Lord, works in mysterious ways around Utah. Some say true luxury here is all about having snow with the lowest moisture content of almost any in North America, which means skiers always have dry powder to ride. Others prefer it gilded in gold-plate, with ski butlers ready to strap up your ski boots.

Me? I’m happiest downing a few beers at Bearclaw Cabin, with its rousing 360-degree views, hoping like hell for an audience with the king of Utah.

This piece comes from our 2019 Summer Edition –  to aubscribe to our magazine click here.