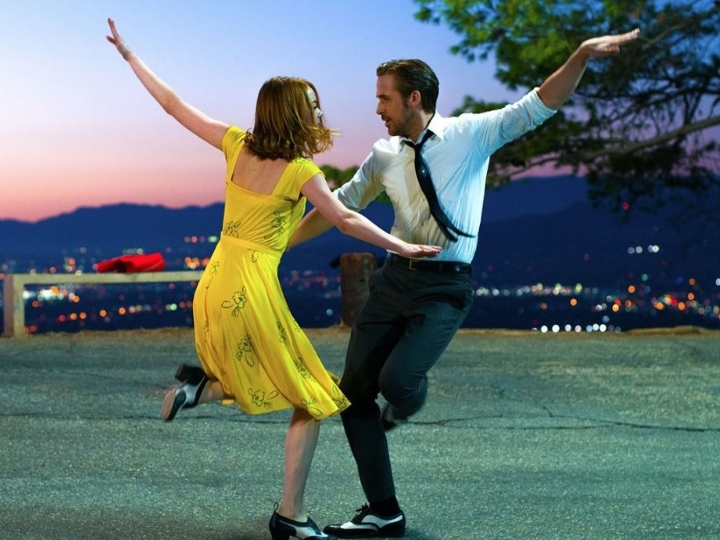 Ten Oscar movies that made us want to travel the world

In honor of the 89th Academy Awards, we take a look back at the Oscar-approved films that have given us a serious case of wanderlust.

Movies have the power to transport. The best of them sometimes even inspire us to pack up and see the world. In honor of the 89th Academy Awards, we take a look back at the Oscar-approved films — from this year’s La La Land to classics like The Sound of Music — that have given us a serious case of wanderlust.

A favorite to win this year’s Oscar for Best Picture, Damien Chazelle’s La La Land (above) has given me a fresh desire to explore the city I’ve called home for six years. I rediscovered my love for Los Angeles’s Art Deco landmarks as Mia (played by Emma Stone) and Sebastian (played by Ryan Gosling) tap danced their way through the familiar streets of the city. I think a tour of Griffith Park and old-town Pasadena is in order — and maybe with the soundtrack on, even sitting in traffic on my way there won’t be so bad. - Phoebe Neuman

The Sound of Music As the father of two daughters who are 11 years apart, I’ve watched The Sound of Music more times than I’d care to admit. That opening scene, with the quiet progression of beauty shots of the Austrian Alps leading up to a joyous Julie Andrews twirling on a verdant mountainside, still gets me every time. If not stand up and sing, it certainly makes me want to pack my bags and spend a summer in Salzburg (even though the von Trapps spend the whole second half of the movie trying to escape). - Bruce Wallin There’s something about the tale of Christopher McCandless, however cautionary it may be, that stirs in me a thirst for adventure. Into the Wild — a Sean Penn–directed adaptation of John Krakauer’s biography of the same name — was nominated for two Academy Awards in 2008. Though I can’t say that I’d want my adventure into the wild to end the same way McCandless’s did (he ultimately died of starvation and poisoning after nearly four months wandering the wilderness of Alaska), it does arouse in me a desire to cast away my worldly possessions in favor of a simpler life among nature — or, at least, a quiet weekend in a country cabin. - Jackie Caradonio Sometimes the desire to travel isn’t just an urge to see new places: It’s a need to put something familiar behind you. To move not just out, but on. If you saw 2009’s Best Animated Feature, Up (also one of only three animated movies so far nominated for Best Picture), you certainly remember the heart-wrenching time-lapse story of love and loss that it opens with. But there’s still another hour and a half to this movie, and its beautiful visuals and sometimes touching, sometimes wacky story are a great reminder that the world is a big place that we’re still discovering, some 200,00 years into our habitation of it — and that sometimes a change of scenery can be just the kick-start you need. - Jeff Anderson The 2003 film Lost in Translation portrays two lonely Americans and unlikely friends cavorting around Tokyo. Writer and director Sofia Coppola shows this vibrant city through the eyes of two foreigners who are intrigued, confused, and dazzled by all it has to offer. After watching the scenes of Tokyo’s nightlife, food, and fascinating culture, I knew I had to see it and experience it for myself. And, of course, I had to stay at the Park Hyatt Tokyo, a character in and of itself in the film, with many memorable scenes filmed in the iconic American Bar and elsewhere. - Jill Newman A city as beloved as Paris can easily become a cinematic cliché, but Midnight in Paris gets it right. The film, which won Woody Allen an Academy Award for Best Original Screenplay in 2012, embraces the city’s entrancing history while addressing the perils of excessive nostalgia. Set in the present day, the main character — an inspiration-hungry writer, of course — is beckoned back and forth through time, slipping into some of Paris’s most iconic eras. From the sparkling 1920s (featuring a hot-headed Hemingway) to the opulent Belle Époque (alongside Edward Degas), every époque depicted makes me want to jet off to the City of Lights tout de suite. - Carolyn Meers Nominated for Best Picture in 2015, The Grand Budapest Hotel is a whimsical crime drama set in the fictional Republic of Zubrowka, where the concierge at a luxury hotel finds himself whisked into a host of events with the most unlikely of companions, the lobby boy. Embracing one’s sense of adventure is key in this tale as the two journey through Eastern Europe on bicycles, trains, and automobiles to recover the concierge’s stolen property — a rare painting left to him by a deceased lover. Directed by Wes Anderson, the period piece is an ode to traveling into the unknown and embracing the hidden thrills found along the way. It’s a story that inspires me to — like the concierge and lobby boy — travel to new places and collect as many memories as I can. - Bekah Berge

Lord of the Rings trilogy Carrying the one ring to rule them all, hobbit Frodo Baggins and friends trekked off the pages of author J.R.R. Tolkien’s classic collection of books and on to the silver screen in the Lord of the Rings trilogy. For the cinematic sensations, director Peter Jackson and crew worked in New Zealand from 1999 to 2000. The mysterious realm of Middle Earth was perfectly portrayed with scenes shot in more than 150 locations, from the town of Matamata serving as home to the Shire and Hobbiton to the Whakapapa ski field that filled in for Mordor. Although computer-generated imagery certainly played a part in the productions, the movies’ portrayal of the region’s majestic national parks and remote wilderness has made New Zealand a bucket-list destination for many — myself included. - Viju Mathew Meryl Streep’s Baroness Karen von Blixen’s romance with Robert Redford’s Denys Finch Hatton won Out of Africa 27 film awards, seven of them Academy Awards. The only thing more epic than their romance is the 1985 drama’s sweeping scenes of the Kenyan landscape, seen from overhead as the two lovers soar over the savannahs and watering holes in a two-seater biplane, witnessing the migrations of herds of zebras and giraffes, as well as flamingos along the coast. It captures a utopian ideal of safari life and reminds us to go now — before human civilization encroaches ever further upon the world’s most majestic wildlands. - Janice O’Leary

Butch Cassidy and the Sundance Kid Loosely based on fact, William Goldman’s Oscar-winning screenplay for Butch Cassidy and the Sundance Kid tells the story of two American outlaws who journey by steamboat and train to Bolivia, believing they will find a better life of crime in a country that, according to Butch, abounds in gold. Their travel plans are more practical than whimsical, more a matter of escape than escapism: They depart Wyoming for South America — via New York — after narrowly eluding a posse that has been hired to kill them. Alas, Butch and Sundance eventually meet their demise in Bolivia, in a gunfight with dozens of soldiers who have surrounded them. But just before the bandidos yanquis are cut down in a hail of bullets, Butch again expresses his wanderlust. If he and Sundance can shoot their way out of this situation, he says, they should travel to Australia. - Larry Bean