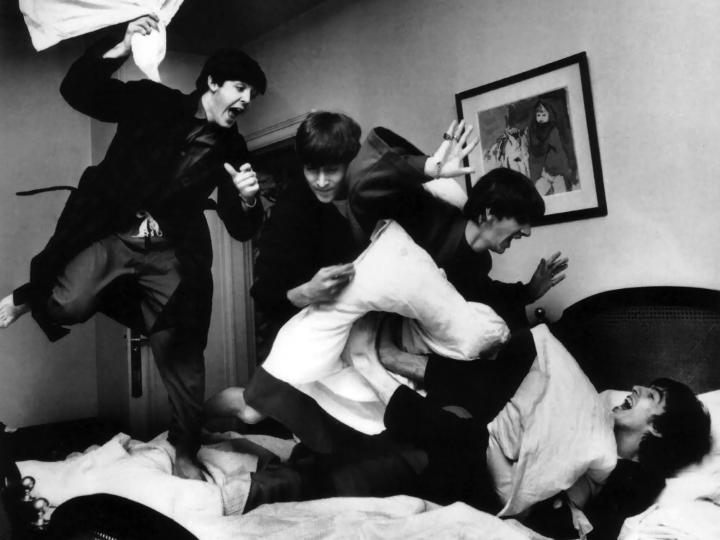 Whether it’s Led Zeppelin driving motorcycles in the hotel lobby, or Billy Idol getting tranquilised, each hotel has a story to tell.

You can't blame rock stars for preferring the luxurious digs of a five-star hotel to the cramped environs of a tour bus. Of course, some musicians are better behaved than others.

While the well-mannered Beatles never caused more trouble than, say, a pillow fight, other more rebellious acts, like Led Zeppelin and Billy Idol, have gone down in history as the most notorious hotel guests of all time. But don't let these debaucherous tales scare you away. Despite their wild past visitors, these top-notch hotels treat all of their guests like rock gods and goddesses. Paris's grande dame, the George V, has hosted everyone from Elvis Presley to Alice Cooper to the Rolling Stones. But the hotel has been more than just a resting place for rock 'n' roll's finest — it has played an integral part in the making of music history, too. It was the site of the Beatles' 1964 pillow fight, captured by photographer Harry Benson in one of rock's most iconic photos of all time.

The hotel also played a vital part in the creation of one of the Fab Four's biggest hits: During the same 1964 stay, the group requested an upright piano delivered to their suite, enabling Paul McCartney to pen "Can't Buy Me Love" on the spot. (fourseasons.com) LA's celebrity-saturated Chateau Marmont was modelled after a Loire Valley castle and dates its decadent reputation back to early Hollywood when the founder of Columbia Pictures told his stars: "If you must get into trouble, do it at the Chateau Marmont." Plenty of rock 'n' roll stars have taken that advice to heart: In the '60s, Led Zeppelin rode motorcycles through the lobby, and the Doors' Jim Morrison hurt himself swinging from the roof. Slightly better behaved were John Lennon, Ringo Starr, Bob Dylan, and Bono — all of whom frequented the chateau over the years. And, rumour has it, the Eagles' best-selling _Hotel California_ was inspired by the hotel (though, curiously, the album's cover features another L.A. institution, the Beverly Hills Hotel). (chateaumarmont.com) Having hosted everyone from Graham Greene to Gore Vidal, the Mandarin Oriental, Bangkok, may be best known for its literary connections. But musicians sure seem to like it, too. Bryan Ferry is a fan and official spokesperson of the hotel; Tina Turner, Ray Charles, and Dionne Warwick have all played concerts there; and Michael Jackson caused a chaotic frenzy of fans when he checked in in 1993. But, the hotel's most memorable rocker was Billy Idol, who concluded a worldwide tour with a three-week bender in the hotel's penthouse suite. When he refused to leave after racking up $US200,000 (about $A259,000) in damages, the Thai army was called in. They shot him with tranquilisers and "escorted" him out on a stretcher. (mandarin.com) Who'd have guessed a little-known Seattle bolt-hole could have such a rockin' history?

The Edgewater Hotel first found favour with the Beatles during their 1964 tour, when the band went fishing in the Puget Sound — right from their room's window. Surprisingly the hotel encouraged the activity, and even sold bait in its lobby.

By 1969, however, the Edgewater was rethinking its angler-friendly policy after the members of Led Zeppelin checked in and caught a mud shark, which figured prominently into a night of debauchery with a gaggle of groupies. That was the end of fishing — and Led Zeppelin, which was slammed with a lifetime ban at the hotel. Years later, however, the Zep checked in again (under assumed names, of course) and threw five television sets out the window, racking up a $US2500 (about $A3240) bill in damages.

Upon checking out, a hotel clerk asked the band what hurling a TV felt like. Richard Cole, the band's manager, paid the bill, reportedly handed the young employee $US500 (about $A650) and said, "Go toss a TV courtesy of Led Zeppelin." (edgewaterhotel.com) For decades, the Beverly Wilshire hotel has been a veritable way station for transient rock stars. Elvis lived at the hotel for several years while filming at nearby Paramount Studios. Ten years later, when John Lennon was estranged from Yoko Ono, he checked in for a long-term stay. (Lennon liked the hotel for its Elvis connection.) When the Who's irrepressible Keith Moon found out Mick Jagger was in residence, he climbed up to the Rolling Stones singer's suite using outdoor balconies, and broke in through the window. Jagger was ready to hurl a lamp at the intruder until he saw it was his good friend Moon. (fourseasons.com) When Elton John made his first trip to Moscow in 1979, he ran into his good friend Diana Ross at the airport. When she asked him where he was staying, his response was: " The Baltschug." According to the story, the songstress's response was simply: "Good."

Today, the hotel remains the only choice for fashionable — and famous — travellers to Moscow. Other guests have included Tina Turner, the Red Hot Chili Peppers, and the Scorpions. Island Records founder Chris Blackwell's Strawberry Hill Hotel was a favourite of Jamaica's most famous musician, Bob Marley. The reggae sensation stayed at the hotel on many occasions — from romantic getaways with his wife Rita to a 1976 stay when the artist was recovering from a gunshot wound. It was where Mick Jagger and Peter Tosh recorded their reggae version of "Don't Look Back," and where Toots and the Maytals recorded their acoustic set, _Unplugged on Strawberry Hill_. (strawberryhillhotel.com) The Clarence was a down-at-the-heels hotel in Dublin until U2's Bono and bandmate the Edge took a liking to the hotel's Octagon Bar and decided to buy and renovate the whole thing. Now the hotel is a stylish, contemporary oasis in the heart of the trendy Temple Bar neighbourhood.

The two-story Penthouse Suite has a baby grand piano and a terrace with a jacuzzi overlooking the River Liffey. Rumour has it that when Elton John and Billy Joel were on tour together, they had a spat over who would get the suite. (Elton John, who loves to check in under obscene names, won.) (theclarence.ie) The Eden Rock has a longstanding reputation among the rich and famous. The Oetker Collection hotel is Jimmy Buffett's favourite on the French Caribbean island; it's also home to hip-hop mogul Russell Simmons' annual star-studded Christmas party. But it is the resort's 1490-square-metre Rockstar Villa that attracts a regular revolving door of talent.

Equipped with a private studio, the six-bedroom estate has been the site of many a major recording from A-list artists including the Rolling Stones, the Beach Boys, Michael Jackson, and Green Day. (edenrockhotel.com) Several years later, actor Ashton Kutcher mocked the event by tossing a doll out the same window. U2 also stayed at the hotel in 2009, when they performed in front of the Brandenburg Gate as part of a 20th-anniversary celebration of the fall of the Berlin Wall. (kempinski.com)