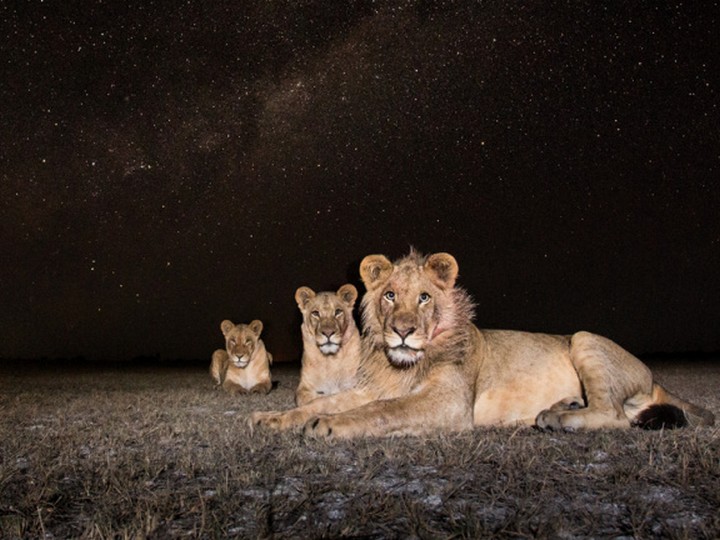 The finest African lodges indulge their guests’ every whim while embracing the unpredictability of their surroundings.

Nights on safari are astonishingly silent — until they aren’t. When the still of the savanna is shattered by a shriek, a grumble, or a roar, it can startle even the most seasoned explorer from slumber. What a relief it is, then, to find yourself at such moments in an outsized bed draped with mosquito netting and tucked away in a suite with a formal dining room, a wine fridge, and two private pools to buffer you from whatever beasts might be lingering outside.

Comforting as they may be, such extravagances on safari should never come at the expense of a true wilderness experience. The finest African lodges manage to indulge their guests’ every whim while embracing the unpredictability of their surroundings. Three new lodges in southern Africa — from Botswana’s predator-rich Okavango Delta to Zambia’s remote Liuwa Plain — are striking that balance in myriad ways. Distinct in setting and style, they make for a delightfully diverse itinerary — and an eye-opening adventure in the wild. One can hardly blame the birds for sneaking into the Duba Plains Suite. The exclusive-use residence at Botswana’s Duba Plains Reserve is an epic amalgam of early-20th-century-style furnishings, formal dining and sitting areas, intimate nooks, palatial bedrooms, and a 145-metre-long deck with plunge pools, exercise bikes, and a fire pit overlooking the floodplain. The only thing missing from the suite is a wall — which is why you might find a curious lapwing or lark flitting about your living room.

The suite’s design — with acres of canvas covers and flaps that open to the elements during the day — ensures an intimate connection to one of the continent’s most exciting ecosystems. Set in the heart of the Okavango Delta in northern Botswana, Duba Plains is a 190,000-acre private reserve managed by Dereck and Beverly Joubert’s Great Plains Conservation. In March, the reserve entered the upper echelon of luxury-safari destinations with the debut of the Duba Plains Suite, the equally elegant five-room Duba Plains Camp, and a main lodge that includes a wine cellar, a library, and a media room for reviewing the day’s photographs. (Duba Plains lends guests high-powered Canon 5D cameras with 400 mm lenses to use on their safaris.)

Thanks largely to the photographs and films of the Jouberts — who shot their Relentless Enemies and other documentaries at the reserve — Duba Plains is known for its lion-versus-buffalo battles. Safaris are appropriately adrenaline-inducing, with walks, helicopter flights, boat trips, and drives exploring the watery expanse. In addition to being an ideal habitat for elephants, hippopotamuses, and other large species, the delta delivers amusement-park-like adventures, where custom Land Cruisers helmed by expert guides navigate deep channel crossings to reach islands teeming with wildlife.

Duba Plains’ guides are equally deft at navigating the needs and boundaries of their guests. Whether pursuing a lion on the hunt or shooing away an avian invader in your suite, they gradually expand your comfort zone while immersing you in the wildness of the Okavango.

Where: Elevated just above the floodplain in a 190,000-acre private reserve in Botswana’s Okavango Delta

What: Five lavishly appointed suites and the two-bedroom Duba Plains Suite, a private safari palace all its own

Why: Africa’s most luxurious new lodge in a prime safari destination, plus the pure fun of delta crossings in a custom Land Cruiser “Zambia always appears to be on the verge of a renaissance as a safari destination,” says Will Jones, founder of the UK-based outfitter Journeys by Design. The arrival of King Lewanika Lodge, which opened in April in the remote Liuwa Plain National Park, might not be the spark that sends the country’s popularity soaring. But for the seasoned African traveller or intrepid first-timer, this intimate camp on Zambia’s western edge offers a special safari experience in a rarely visited wilderness.

Liuwa Plain itself has enjoyed a renaissance in recent years. Set along the border with Angola, the 905,000-acre park was decimated during that country’s decades-long civil war. After the war ended in 2002, the conservation organisation African Parks took over management of the reserve. It has been working ever since with the Zambian government and the local Lozi people (tribe of King Lewanika’s namesake, who originally set aside the land for protection in the 1880s) to restore flora and fauna — and, for the most part, keep visitors out.

Travellers still need to make quite an effort to reach Liuwa Plain’s first and only lodge, which is managed by Zambia’s Time + Tide Norman Carr Safaris. After a small-craft flight to the village of Kalabo, a 3-hour game drive concludes at a camp comprised of six suites flanking an open-air main lodge. Designed by Silvio Rech and Lesley Carstens — the South African duo behind North Island in Seychelles and Time + Tide’s Chinzombo in South Luangwa National Park — the contemporary suites feature recycled composite-wood floors, basin sinks, and canvas flaps that roll up to reveal endless vistas of the yellow-green floodplain.

In exploring the plain, King Lewanika remains true to Norman Carr the man, who pioneered walking safaris in Zambia in the 1950s. Outings offer multiple perspectives on the park, from walks with wildebeest — Africa’s second-largest migration passes right through camp — to canoe trips on the spillways in season. Game drives virtually guarantee up-close carnivore sightings — following a mother cheetah on the hunt, catching a clan of hyenas returning to their den-bound pups at dusk — that are rarely shared with other safari vehicles. “The obvious advantage here is that there are fewer visitors,” Jones says. “And with fewer visitors, one gets that greater sense of wilderness and space, which is an increasingly hard commodity to find.”

Where: Only lodge in the 905,000-acre Liuwa Plain National Park in western Zambia

What: Six solar-powered tented suites, including a two-bedroom family unit, with high-class-camping interiors and chaise-lounge-equipped decks overlooking the plain

Why: Because no one you know has been there, and you might have the entire park to yourself As spectacular as safari can be, the early mornings, sunbaked afternoons, and bumpy, dusty drives can take a toll on travellers. Though not essential, it is highly recommended to set aside a few days at the end of your adventure to ease out of the routine. Matetsi River Lodge, a resort-like property located upstream from the mighty Victoria Falls in Zimbabwe, is the ideal bridge between the remote bush and the real world, a deluxe decompression chamber that can be one of southern Africa’s most relaxing — or most exciting — destinations.

Reopened last year after a US$10 ($A13) million rebuild, Matetsi features 18 suites and a four-bedroom family villa set along a soothing stretch of the Zambezi River. Two outdoor dining venues maximize the views, with tables staggered along the shore on lawns, decks, and covered patios. The suites — with their proper walls, marble bathrooms, and private plunge pools — are more luxury hotel than rustic safari lodge, but the safari experience does not disappoint.

Matetsi is the only lodge in a 123,500-acre reserve that encompasses nine miles of riverfront, densely wooded hills, red-clay cliffs, and open savanna. Many among the reserve’s species — elephants, giraffes, troops of baboons, bushbucks, kudus — forage along the river just in front of the suites. Several other animals, from lions to rare river otters, can be seen on game drives and boat trips throughout the reserve.

Safari, however, is just one of the many things to do at and around Matetsi. About 38 kilometres downstream from the lodge, the Zambezi plunges 108 metres into a snaking and cavernous gorge, creating one of the planet’s great spectacles. Day trips to the falls can incorporate activities both mild (shopping in the pleasant town of Victoria Falls, enjoying high tea at the historic Victoria Falls Lodge) and extreme (bungee jumping off the Victoria Falls Bridge, zip-lining across the gorge). Of course, for those who want to completely decompress, Matetsi’s main lodge offers a wine cellar, a 20-metre-long swimming pool, and a riverfront massage room.

Where: On the banks of the Zambezi River in a 123,500-acre private reserve in Zimbabwe, less than an hour’s drive from Victoria Falls

What: An unapologetically luxurious hotel in the bush, comprising 18 suites with private pools, a four-bedroom family villa, two outdoor restaurants, and a main lodge with a wine cellar and massage sala

Why: The perfect place to begin or end a safari, with a range of activities — Victoria Falls visits, shopping, bungee jumping, river rafting, fishing — to complement the game drives and river cruises

Wildlife: Massive elephants and giraffes, lions, hyenas, baboons, and kudus as well as crocodiles, hippopotamuses, kingfishers, and other river dwellers