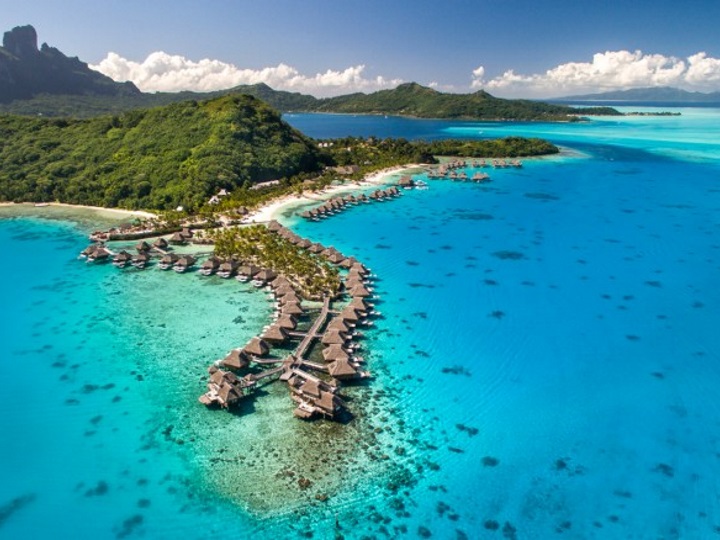 Is the overwater bungalow still sexy at 50?

Half a century later, it’s now possible to sleep above gently lapping waves in more than 15 countries in villas designed for sheer indulgence.

It was 50 years ago when the Bali Hai Boys, three young men from Southern California seeking a slice of South Pacific paradise, built the first-ever thatched-roof overwater bungalows atop Raiatea lagoon in French Polynesia.

Half a century later, it's now possible to sleep above gently lapping waves in more than 15 countries in villas designed for indulgence with private plunge pools, Balinese-style sun loungers, and even retractable roofs for stargazing from bed. Is the overwater bungalow still sexy at 50? We think so. Here are 10 over-the-top options to consider. There are only four of the 146-square-metre floating accommodations, making them the most exclusive way to stay at this Four Seasons resort. Rates from around $US3700 (about $A4870) per night. (fourseasons.com) Reopening this autumn, the 114-room Conrad Bora Bora Nui is known for its superb beach and hillside spa. But it is perhaps most famous for having French Polynesia's only bilevel overwater bungalows, the Presidential Overwater Villas.

Offering 300 square metres of space, the two-bedroom accommodations face the lagoon's outer edges, with deep blue ocean views from the spacious sundeck, overwater pool, and whirlpool. There's even a wellbeing room with a private sauna. Rates from $US3305 (about $A4350) per night. (conradhotels.com) Newly opened in the Maldives' pristine Noonu Atoll, Soneva Jani offers 24 one-, two-, and three-bedroom Water Retreats designed with indulgent details to ensure a sublime stay. But the one-of-a-kind, two-level Four-Bedroom Water Reserve will make you never want to leave.

It measures 1245 square metre with soothing, sustainable interiors by Soneva cofounder Eva Shivdasani. Perks include a retractable roof for stargazing, a private pool with catamaran nets for lazing about, a water slide, and an open-air master bath with lagoon access. Rates from $US15,150 (about $A19,950) per night. (soneva.com) One&Only Reethi Rah established itself more than a decade ago as a romantic hideaway in the exotic Maldives. The ultimate spot to escape at this resort remains one of its 240-square-metre, one-bedroom Grand Water Villas, featuring dramatic open-concept living areas with cathedral ceilings and a 20-square-metre infinity-edge pool flanked by daybeds overlooking some of the most tranquil waters in the Indian Ocean. Rates from $US5100 (about $A6715) per night. (oneandonlyresorts.com) Fiji's first and only overwater bungalows (or _bures_, as natives of this Pacific island nation call their traditional thatched bungalows) offer the serenity that makes up for what they lack in size: At 60 square metre, the 10 Over-Water Bures at Likuliku Lagoon Resort in the Mamanuca archipelago offer views of the lagoon from everywhere, including a 34-square-metre deck and an eggshell-shaped bathtub in the airy bathing pavilion.

Likuliku means "calm waters" in Fijian, an inspired description for the resort's setting amid a pale-blue marine sanctuary. Rates from around $US1510 (about $A1990) per night. (likulikulagoon.com) Brand new, architecturally stunning, and utterly elegant, the 700-square-metre Sunset Royal Overwater Villa at the St. Regis Langkawi is one of four overwater villas perched above the Andaman Sea on the Malaysian island of Langkawi.

The villa — which has five bathrooms, a gourmet kitchen, and a dining table for 14 — sleeps up to seven guests, making it a contender for the ultimate family holiday indulgence.

Our favourite part? The sleek glass floor offering a glimpse of the colourful marine life below. Rates from $US13,707 (about $A18,050) per night (stregislangkawi.com) Enjoy privacy with a sense of place in Pangkor Laut Resort's Suria and Purnama Suites, the most lavish overwater accommodations at this spa-centric property spread over the 121-hectare Malaysian island of Pangkor Laut.

Each bungalow measures 107-square-metre and features dark exotic woods, luxurious local fabrics and artwork, and soaking tubs roomy enough for two. Rates from $US670 (about $A880) per night. (pangkorlautresort.com) Another "first" among the many tallied by Dubai's hospitality industry, the One-Bedroom Over Water Villas at Anantara the Palm Dubai Resort are the first overwater suites in the United Arab Emirates — and in the Middle East.

Opened three years ago, this luxury enclave is edged by the aquamarine waters of the Arabian Gulf, where villas measuring 106-square-metres feature oversize soaking tubs with views of Dubai's downtown skyline. Rates from around $US1100 (about $A1450) per night. (anantara.com) Tucked amid mangroves and suspended over the sapphire-hued lagoon of the Mayakoba resort on Mexico's Riviera Maya, the 90-square-metre Deluxe Overwater Lagoon Suites at Rosewood Mayakoba blend modern and traditional design crafted from indigenous wood and limestone.

They also feature heated plunge pools, outdoor rain showers, and private docks, where guests can be whisked away by boat to the beach. January 2017 rates from $US1400 (about $A1840) per night. (rosewoodhotels.com) Located in the Gulf of Thailand, the Cambodian luxury eco-resort Song Saa Private Island features just 27 spacious villas — nine of them over water.

The ultra-private Two-Bedroom Royal Villa with Pool is the resort's most extravagant, measuring 300-square-metres and featuring a private pool, sunken bathtubs, a fully equipped kitchen, a bar with a mojito station, and a dining table for 12. Rates from $US4431 (about $A5835) per night. (songsaa.com) 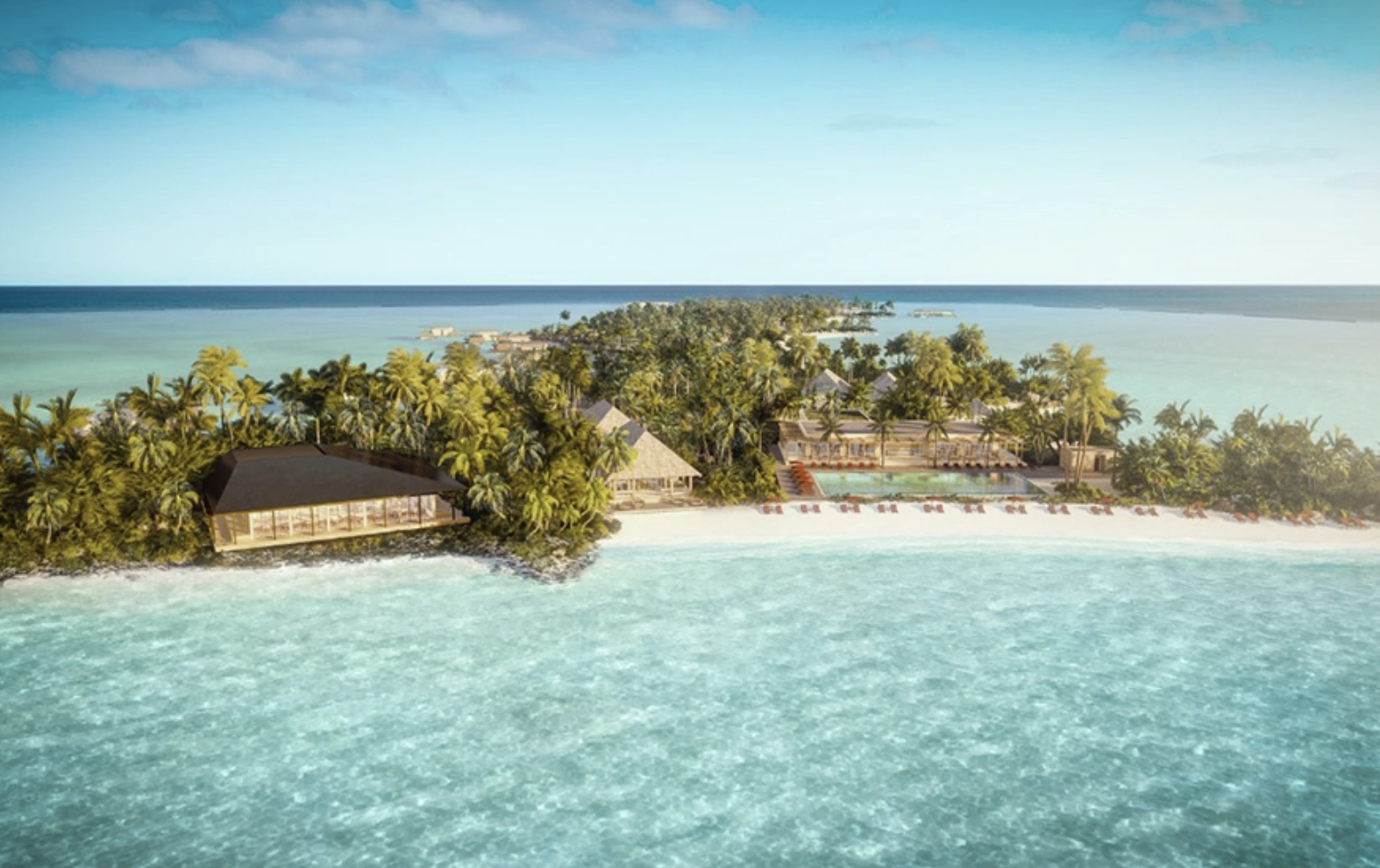 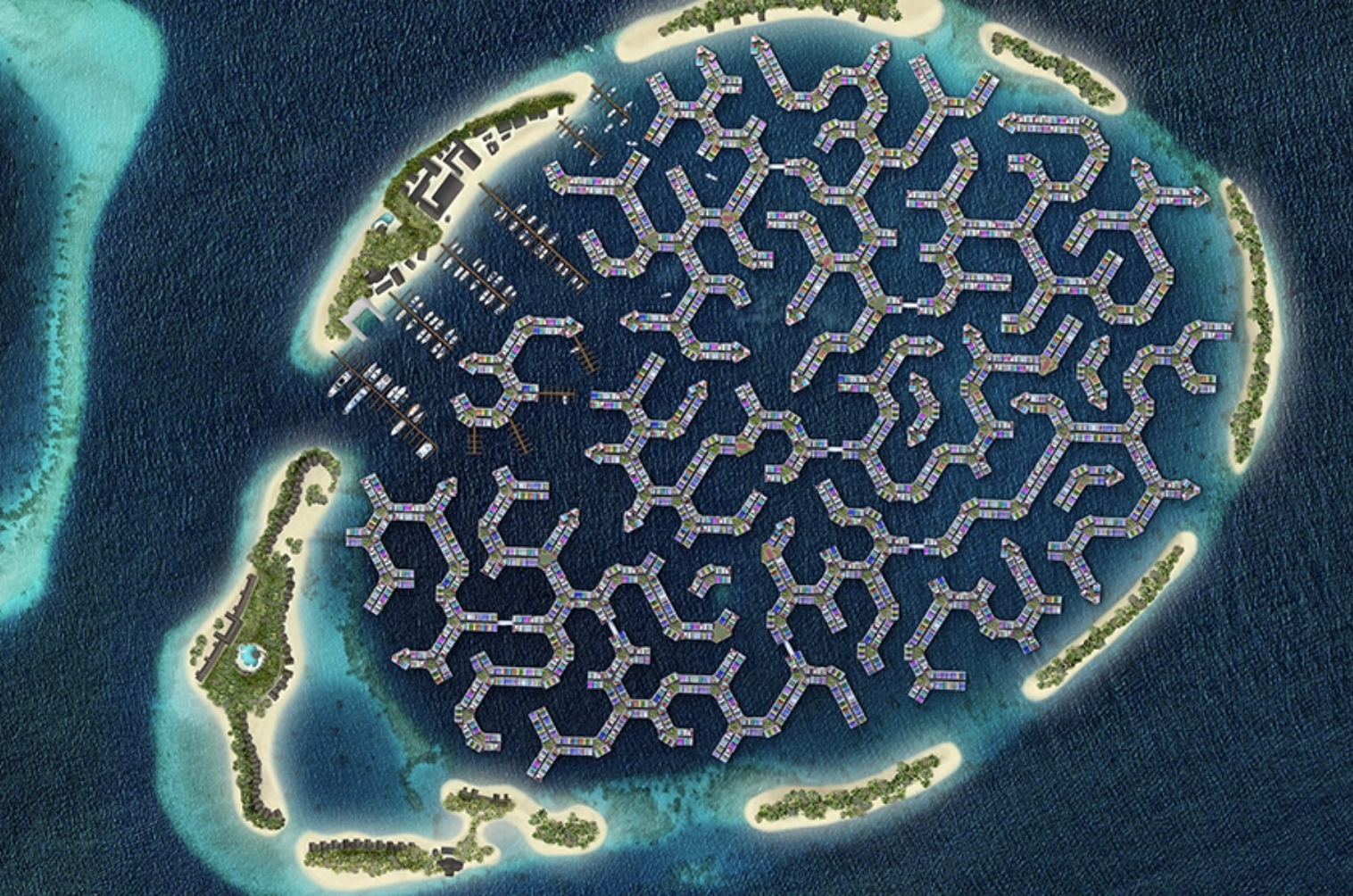