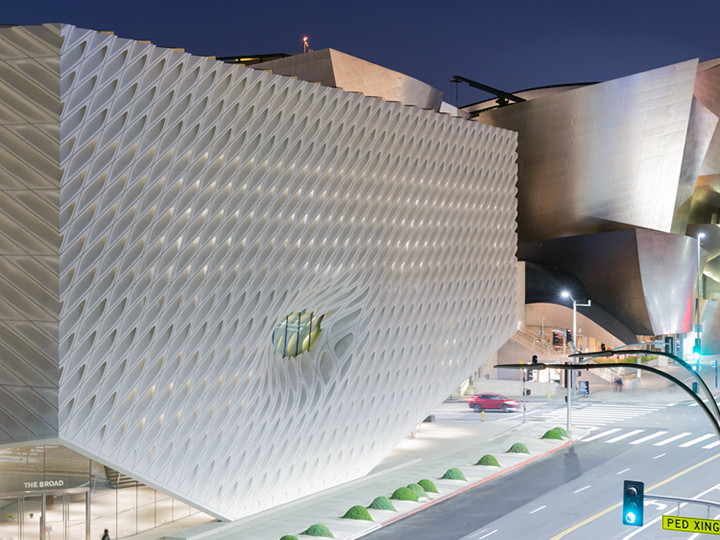 Five reasons to put Los Angeles back on your radar

It’s easy to fall for Los Angeles, with its always-perfect weather and laid-back style. But this year, the city is proving it’s more than a pretty face, adding new substance — art galleries, restaurants, hotels, and more — to its perennially stylish setting.

A sophisticated capital of high culture Strange as it may seem, LA is finally coming into its own. Sure, the home of Hollywood stars, Rodeo Drive, and I-405 traffic has been an entertainment epicentre for decades. But outside the biz, the City of Angels is proving itself a land of opportunity where the country’s most creative minds come to dream up their next big project. Just ask Jean-Georges Vongerichten, who opened his first LA restaurant last month in the splashy new Waldorf Astoria Beverly Hills (pictured). “Everyone comes here and feels they have room to express themselves,” the super-chef explains. “It’s a happening city, and even more so now. There’s such energy, and people want to be part of it.” Indeed, anybody who’s anybody seems to be westward bound these days.

Sleeping with the stars LA has no shortage of luxury hotels, but a handful of new properties are filling hospitality gaps the city never knew it had. Opened in June, the Waldorf Astoria Beverly Hills (waldorfastoriabeverlyhills.com) is glamorous even by 90210 standards, combining sparkling Pierre-Yves Rochon interiors, Jean-Georges Vongerichten dining, and La Prairie wellness. We’re betting the rooftop pool and bar will be the see-and-be-seen spot of the summer.

In West Hollywood, the design giants at Skidmore, Owings & Merrill have given Sunset Boulevard a shiny new hangout with the Dream Hollywood. The art-filled hotel has a hip rooftop of its own, though we’re partial to the two penthouse lofts, which feature private wraparound terraces overlooking the city. Downtown’s Hotel Figueroa has been nipped and tucked with more than $30 million worth of renovations that restored the 1926 landmark to its original Spanish Colonial grandeur. And over in Malibu, hovering above the sands of Carbon Beach, Nobu Hotels has unveiled its first Nobu Ryokan (pictured), a 16-room hideaway with Japanese touches like natural wood and onsen-style soaking tubs. Classic LA style is present too, in the form of surfing lessons, spa treatments, and sushi from the ever-popular Nobu restaurant just down the beach.

A new home for gastronomes Jean-Georges is sure to be the culinary name on every Angeleno’s lips this summer, thanks to the chef’s creation of not one but three spectacular dining venues at the Waldorf Astoria Beverly Hills. But the Michelin three-star New Yorker is only the first of an outsider contingent that’s breaking into the LA dining scene. Among them is Scott Conant, the celebrity chef behind New York’s Scarpetta who recently debuted the Ponte (pictured), a contemporary Italian restaurant in West Hollywood. East Coasters Dominique Ansel, April Bloomfield, and Daniel Humm will soon follow suit, opening their own West Coast establishments. From San Francisco come Jessica Largey (formerly of Manresa), Chad Robertson (of Tartine Bakery), and Charles Phan (of Slanted Door). And bringing some Mexico City flair to LA is Enrique Olvera, who aims to replicate the success of his acclaimed Pujol with a new modern Mexican hot spot. In the city’s already exploding art arena — bolstered by the new Broad museum (pictured) and Hauser & Wirth gallery — Guess Jeans founders Maurice and Paul Marciano have opened the Marciano Art Foundation as a brilliant showcase for their 1500-piece collection. And even the NFL has caught the fever, sending the San Diego Chargers north and the Oakland Raiders south to make good in La La Land. Ryan Gentry can show you a side of Los Angeles you’ve never seen before. The founder of the luxury adventure outfitter Gentry Jackson takes travellers and locals alike beyond the concrete jungle to the vast swaths of wilderness just a few miles away. Gentry’s newest offering — called the Tour de Santa Monica and offered in partnership with the Fairmont Miramar Hotel & Bungalows — is a thrilling ode to LA’s diverse landscapes, starting with a sunrise bike ride up the Santa Monica coast, followed by a 2-mile hike to the crest of the Santa Monica Mountains.

From there, a trail ride via electric bike leads to Sunset Boulevard, where it’s a downhill glide back to the beach. At sunset, a 44-foot catamaran ferries adventurers back to the Fairmont with cocktails and a multi-course dinner served along the way. Up next: Gentry plans to start offering rappelling sessions off the hotel’s 120-foot-high main tower this summer.