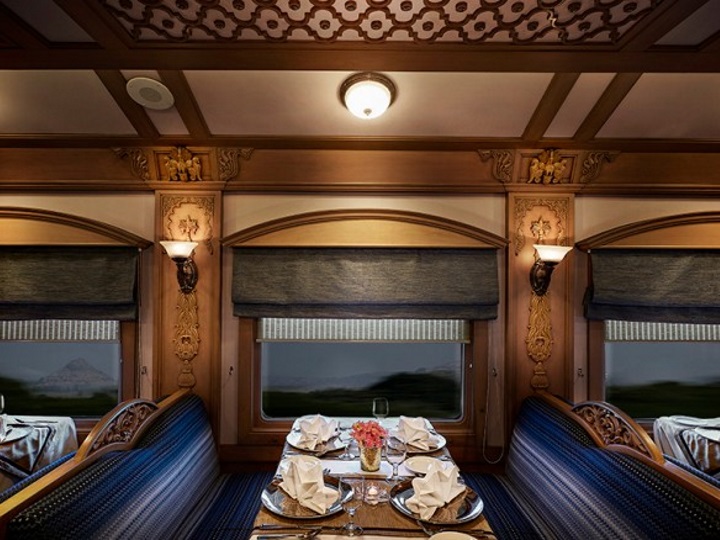 Luxury train travel is making a magical comeback with a handful of elegant new locomotives around the world featuring upscale cabins, gourmet dining, and invigorating journeys.

This year, luxury train travel is making a magical comeback with a handful of elegant new locomotives around the world featuring upscale cabins, gourmet dining, and invigorating journeys. From Peru's high plains to Japan's scenic coastlines and beyond, these are the track stars you'll want to book. All aboard! This May, South America's first luxury sleeper train, the 24-cabin Belmond Andean Explorer, will make its inaugural trip across the high plains of the Peruvian Andes. One- and two-night journeys to and from Cusco might include stops at the floating villages of Lake Titicaca, the condor-filled Colca Canyon, and the UNESCO World Heritage Site Arequipa. A leisurely departure from Japan's high-speed bullet trains, the new Train Suite Shiki-Shima will debut in May with rail itineraries through the forests, vineyards, and coastlines of Tohoku and Hokkaido.

The 10-car train offers just 17 suites (including a master accommodation featuring a traditional bathroom of Japanese cypress), as well as a lounge, a dining carriage, and two glass-walled observatory cars. One- to four-day journeys allow passengers a deeper look at Japanese culture through visits to villages, shrines, and _onsen_ hot springs. (jreast.co.jp) India's fabled Deccan Odyssey recently relaunched with plush new interiors and a brand-new exterior painted in colourful Warli art. A spa and salon car will allow riders refresh between stops. Itineraries, which last eight days and seven nights, are available through the travel outfitter Cox and Kings, have also been upgraded to evoke the princely sojourns of decades past.

Six immersive circuits departing from Mumbai and Delhi traverse India's cities and wilderness, with visits to the forts of Agra, the forests of Ranthambore, and the palaces of Udaipur, among other destinations. (deccan-odyssey-india.com), (coxandkings.com) This spring, southwestern Japan will unveil a new sleeper train called the Twilight Express Mizukaze. This 10-car emerald green locomotive will depart from Kyoto and Osaka to the southern Yamaguchi Prefecture for two- and three-day trips.

One route will roll down the island's southern shore, while the other will trace the white-sand beaches of the northern coast, along the Sea of Japan. The Twilight Express can accommodate up to 30 passengers and provides a formal dining car and lounge area.

Its sleek, art deco–inspired interiors boast glossy wood furnishings, large windows, and observation decks. For some extra personal space, book the suite — it occupies an entire carriage and has a private dining room and porch. (twilightexpress-mizukaze.jp)

Touring Portugal's scenic Douro Valley — known for its Ports and unique reds — will become a luxurious affair this spring with the debut of the Presidential Train, a restored 19th-century locomotive that once served as the official carriage for the court of Portugal's King D. Luís I as the Portuguese Royal Train.

(It also hosted distinguished guests such as the Queen Elizabeth II and Pope Paul VI.) Book a one- or three-day experience filled with live onboard entertainment, multi-course tasting menus, and rare access to the famed Quinta do Vesúvio vineyard and estate. (thepresidentialtrain.com)

Walk On The Wild Side In Tasmania

Is this the best place for a reset in these COVID times?