At the top levels of sport, even the smallest advantage can give you an edge. Running shoes are continually re-engineered to be lighter and more supportive, tees to dry quicker. When there are medals at stake, the obsession with performance makes perfect sense. But for the rest of us, who manage the odd weekend game or early morning run, sports can be as much about recreation as competition.

It’s this combination of athleticism and enjoyment that brands are currently tapping into, searching back through the archives to find inspiration from a sporting world that might have been less slickly commercial but was equally as passionate, to make clothes that are dedicated to the love of the game. 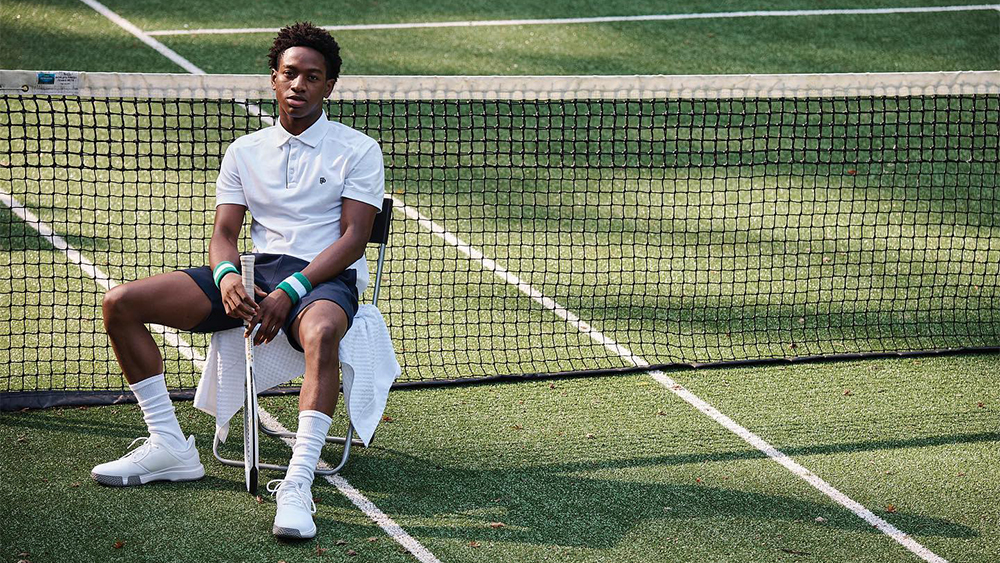 For the past two years, the father-son team behind Flint Park has been developing a range of classic tennis whites: shorts, polos and a courtside jacket you’ll want to wear between sets. The shirts are made from polyester derived from recycled plastic bottles, and the designs recall the slim, clean-cut uniforms of the professional game in the ’70s and ’80s. Meanwhile, menswear veteran John Elliott has released the Court Low, inspired by dual-purpose basketball and tennis shoes of the same era. It’s a retro-inflected low-top sneaker with the simple white mesh and nostalgic putty rubber soles of the time, given a luxury upgrade and handmade in Italy.

An even more classic sporting uniform is the inspiration for Henry Lloyd-Hughes of N.E. Blake: cricket whites. The brand began as a sporting goods store, opened by Lloyd-Hughes’s grandfather, in 1926, and this legacy has provided a century of archival inspiration since N.E. Blake relaunch five years ago: pleated trousers, bucket hats, the cream V-neck cable knits that have become a preppy classic. “So many customers say they’ve been looking for exactly this type of heritage sportswear style for years and are glad they finally found us,” Lloyd-Hughes says. “That’s a big motivation for us: to make stuff that you can’t find anywhere else with the same attention to detail.” 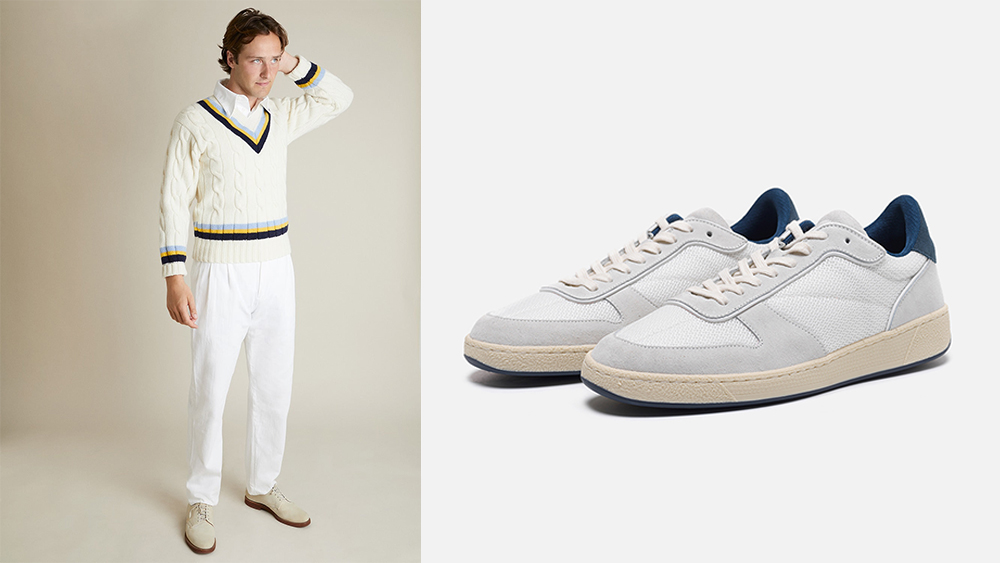 Luke Scheybeler and Nico Wilson’s new brand Futsol celebrates football. While most fashion’s dalliances in soccer are usually authorized kits for professional clubs and national teams, Futsol’s playful gear is designed for purely imaginary teams. “We’re much more interested in beach kickabouts and informal BBQ football,” Scheybeler tells Robb Report. “There’s a nostalgic quality of being on holiday and taking a ball wherever you went and finding a game,” Wilson adds.

Their inspiration is the limitless summers of their childhoods, when the next game could start at a moment’s notice, with anyone. “We’re trying to broaden the idea of what football is, the kind that brings people together.” So what does a football shirt look like if you start from design rather than allegiance? “It’s the contrast collar that’s very important, and then the material: polyamide or cotton, in a printed or jacquard pattern,” Scheybeler explains, noting the crazily patterned designs of the ’90s. Futsol’s aim is to make that style work on and off the field: “A Nike Dryfit wouldn’t sit right with a pair of jeans, we cut our shirts a bit looser.” Still, as Scheybeler notes, the game is always front and center: “It would be very easy to do sportswear that wasn’t really sportswear…These are performance pieces, they work.” 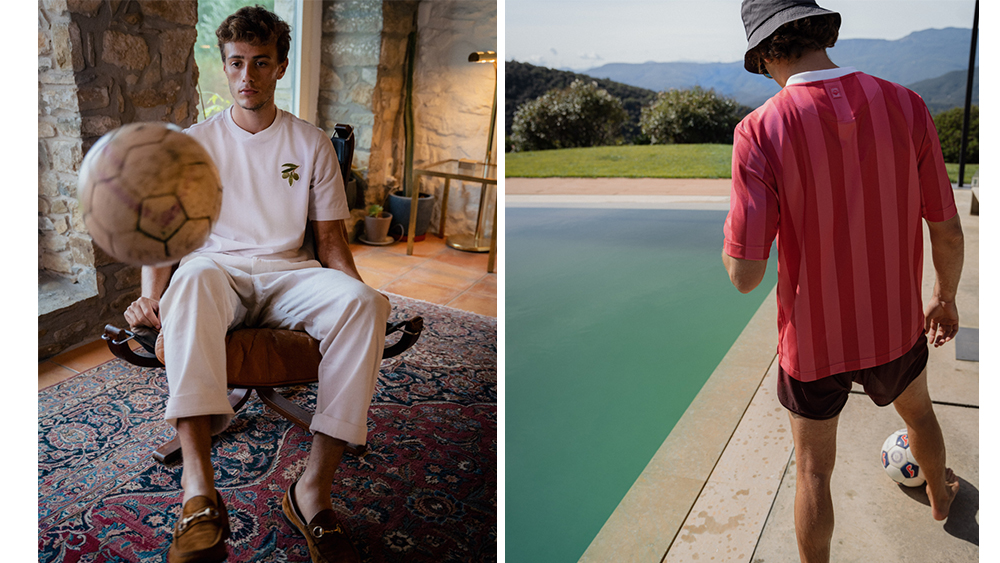 Futsol’s soccer-inspired tees and jerseys are embroidered with imagined team insignias ($170 each). Futsol

The same interest in performance and style motivates Iffley Road, a heritage British running brand drawing inspiration from Roger Bannister’s groundbreaking 4-minute mile at the Iffley Road Track in Oxford. The founders, Claire Kent and Bill Byrne, met as recreational runners and had long been in search of sportswear with charm. “I’d go to the running shops and buy the least-worst kit,” Byrne says. “If it was technical, it was brightly colored, had poor feel, little attention to fit.”

On the technical side, Kent and Byrne turned to Dri-Release, ultimately commissioning their own custom fabric from the company, now produced with recycled polyester and organic cotton. “A lot of people feel it and think it’s cotton,” Kent says. “It’s woven in such a way that the moisture is wicked away by the structure, so it doesn’t wear off,” Byrne adds. The brand’s signature shirt is offered in three colorways that evoke the glory days of amateur club running. It’s superbly comfortable, thanks to pattern input from Wayne Sørensen (formerly of Orlebar Brown), cutting close to the body for a slim fit while allowing easy movement for that sprint across the finish line, or at least that jog around the neighborhood.