There was a time, and not too long ago, when many motoring aficionados would have reacted to Bentley going electric as folk purists did to Bob Dylan doing so at the 1965 Newport Folk Festival. And yet many of the same doubters, I would surmise, reluctantly nodded in admiration when they heard the stats about Bentley’s first step in its charge (apologies) towards cathode-to-anode motoring.

Despite its weight (at 2,626kg, thanks in large part to the 17.3kWh battery wedged beneath the boot floor, it’s considerably heavier than Porsche’s own behemoth, (the Panamera Turbo S e-Hybrid Sport Turismo), the car’s 3.0-litre turbocharged V6 petrol engine propels it at speeds up to approx. 254km/h (135km/h in e-mode), and can offer the driver 34 kilometres on a single litre. Its electric-only range is around 48km, and if you have a wall box at home (and one can be installed at your home as part of the purchase cost) it can be fully charged in two-and-a-half hours. Perhaps most compellingly of all, though, is a zero-to-100km/h time of 5.5 secs: only a second slower than the petrol version’s stat, and seven-tenths off that of the diesel version. 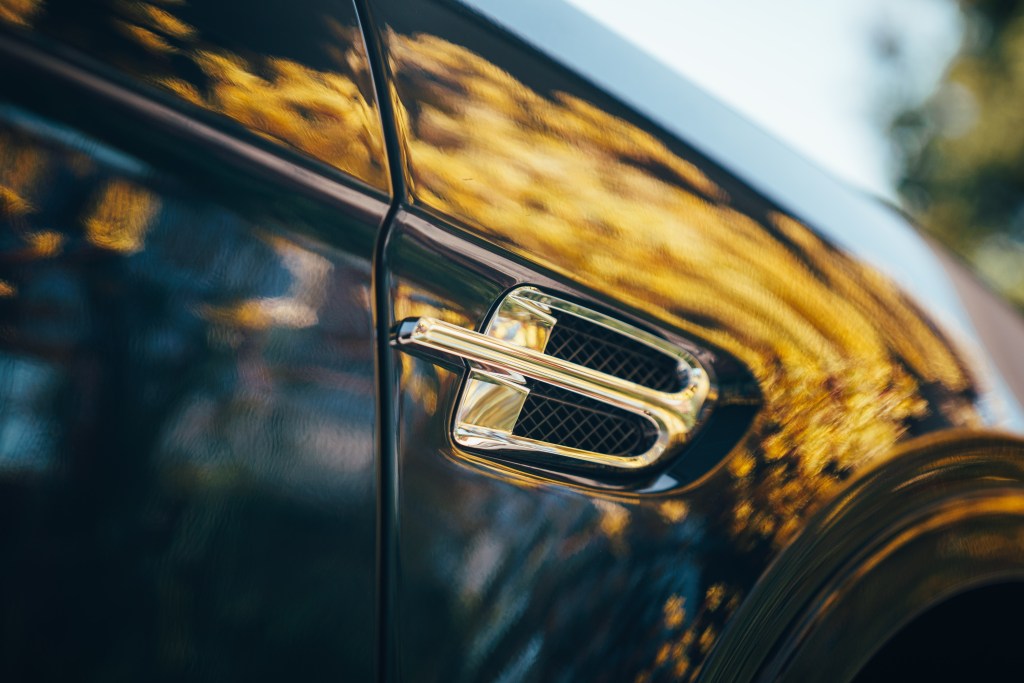 The complete silence between prodding the starter button and pulling off is befitting to the overall smooth, refined serenity that characterises the Bentley driving experience – one in which the driver is surrounded by exquisitely stitched diamond-quilted premium cowhide, artisanally fashioned veneers and all the other grandstand craftsmanship that makes Bentaygas feel like mobile gentlemen’s clubs – and even when the right-foot pedal is pushed downwards enough for the power meter to kick the combustion segment into action, at low-revs it has plenty of gliding-on-a-cloud factor.

Obviously, this model can’t offer the sonorous baritone roar of its eight and 12-cylinder siblings compared to the hybrid’s 330kW and 700Nm – but, those after a grittier, throatier driving experience can still, of course, switch the dial into sport mode (EV-only, Hybrid and Hold modes are all available, while like all Bentaygas, it has Comfort, Custom and Bentley modes). 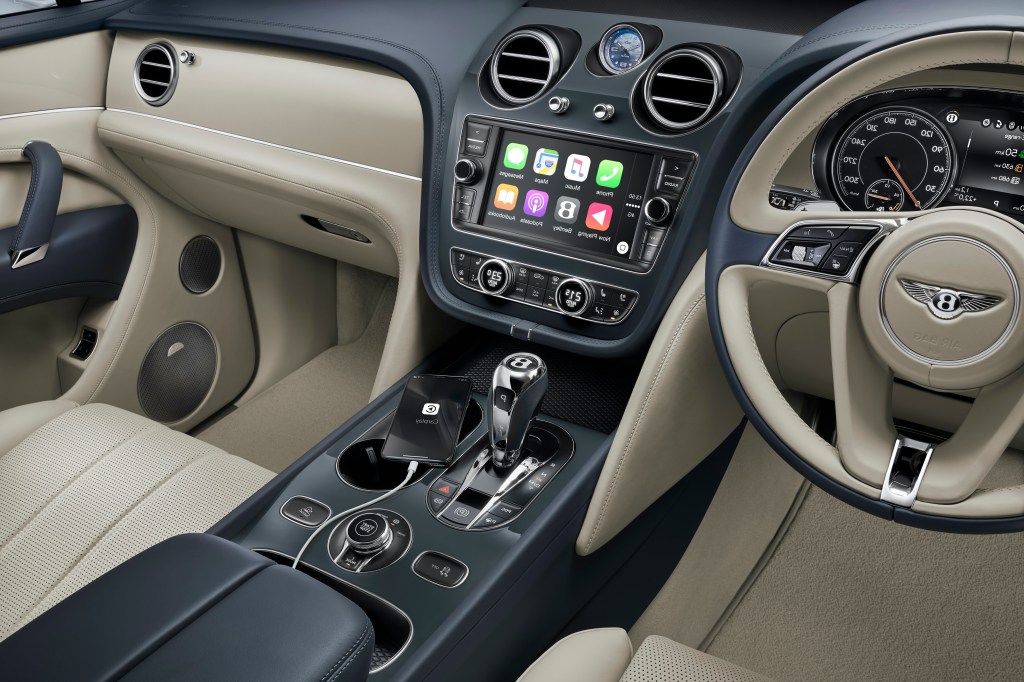 Observers tend to overlook the enormity of the task that befalls luxury marque designers tasked with incorporating golden ratios and brand DNA into vehicle shapes so tangential to the company’s back catalogue, and many still haven’t got used to seeing that Winged ‘B’, airborne above an imposing chrome mesh grille between and pronounced air intakes, at the front of an SUV vehicle. With its muscular side profile, stretched haunches and rakish roofline, though, the Bentayga is as assertively handsome as it is lavishly comfortable and even-keeled.

Writing in The Sunday Express in the 50s, British broadcaster Llew Gardner stated of the Bentley ‘automobile’ (such was the parlance back then): “It goes with caviar and champagne, with business lunch paunches and elegant women… Its engine note is as opulent a sound as the gentle rustle of fivers in a crocodile skin wallet… To see one gliding, with supercilious grace, through a crowded street is to catch a glimpse of another world: a world of dinner at Whites, of fat cigars and nightcaps of Napoleon brandy.” 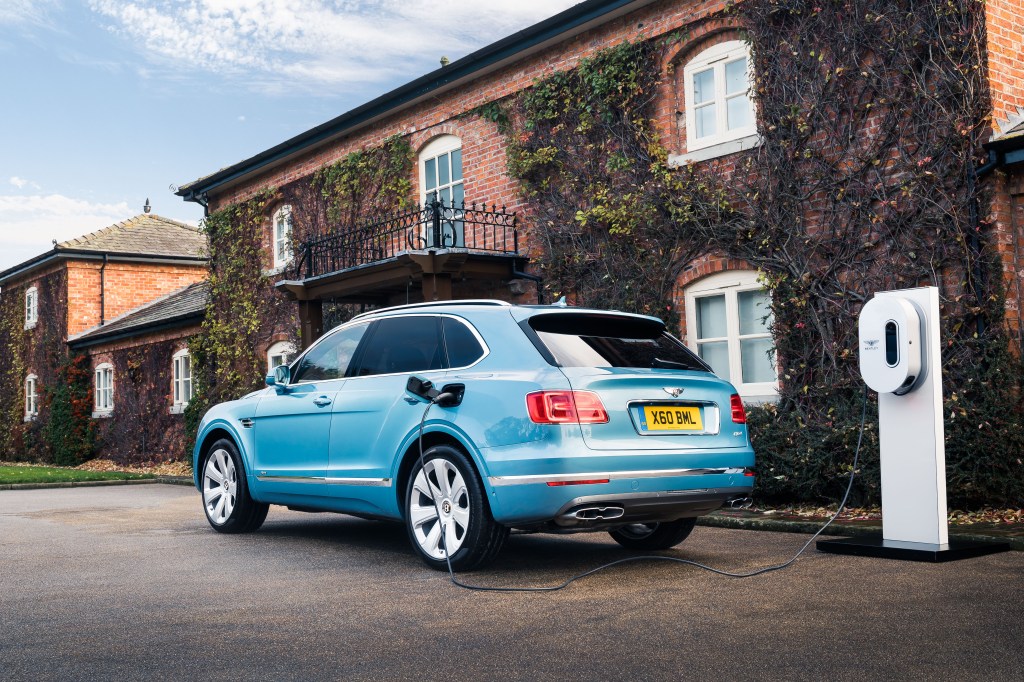 And, while contemporary motoring commentators of the lesser-spotted upper-middle-aged/poorly-fitting-jeans variety would probably scoff at the sheer lack of grunt and whoopee-factor afforded by a luxury-sector vehicle belonging to a genre which supposedly has off-road DNA strands, I suspect the late Mr Gardner would deem Bentley’s least expensive offering to be an invaluable addition to the canon. 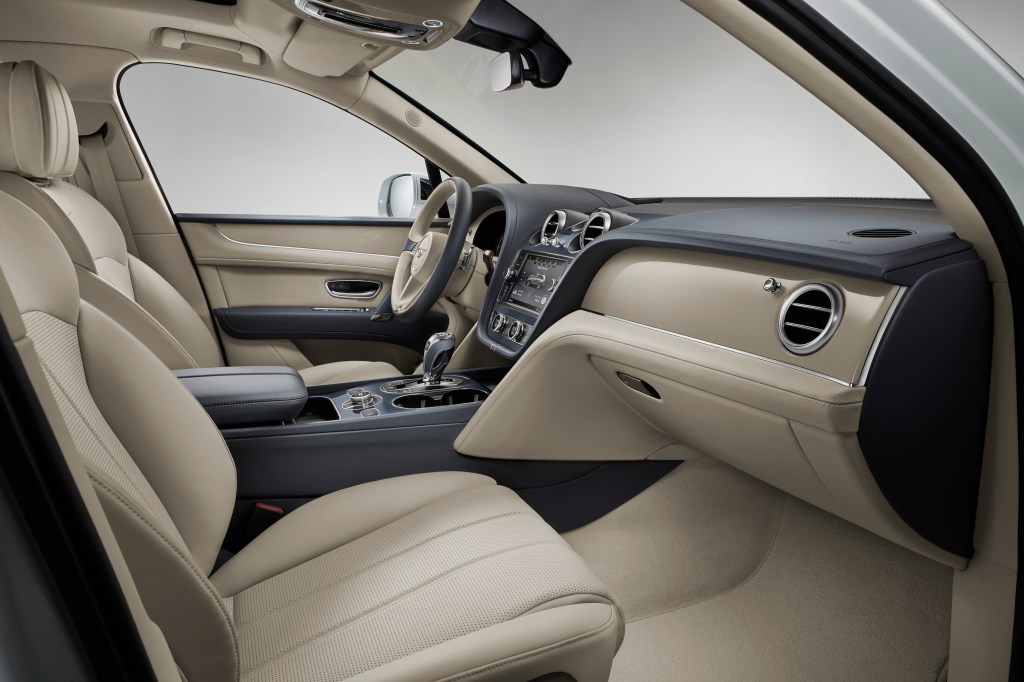 Expect a compelling narrative when it comes to the British marque fulfilling its promise to offer hybrid or electric variants of all of its models by 2023. In December, Bentley commenced work on a 4600-square–metre engineering test centre whose facilities will testify that the Bentayga Hybrid SUV is merely step-one in the British marque’s journey towards electrification.