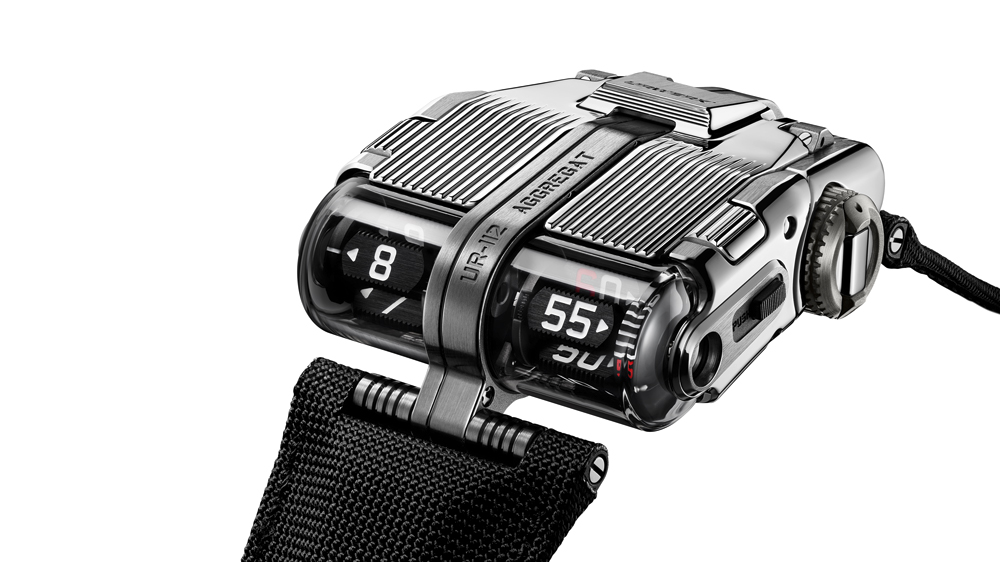 Urwerk’s Latest Watch Is Inspired By A Classic Bugatti Grille

The manufacture only plans on making eight this year.

Collectors seeking a break from classic watchmaking design elements—such as Roman numerals, round cases, and well, hands—should check out the Urwerk, the UR-112 Aggregat Odyssey. The eight-piece limited edition resembles a miniature armoured tank, a digital alarm clock, or something a superhero would wear on an important mission, depending on the viewing angle. Urwerk, however, says the design is partly inspired by the grille of the Bugatti Atlantique. Whatever the inspiration, it is one of the most unique pieces ever introduced by the brand, which is already known for out-of-the-box, futuristic designs.

Urwerk is prized for its atypical expressions of time telling, often employing orbiting multi-sided satellites that rotate to reveal digital-like time displays. The UR-112 is designed in a 42mm wide x 51mm long x 16mm thick rectangular case, shaped more like a cigarette lighter than a watch case. At one end are two side-by-side rounded sapphire crystal windows, one displaying jumping hours and the other displaying digital minutes displayed via orbiting satellites. The minute numerals flip over in five-minute increments, with a trailing indicator track to the immediate right of the digit showing the precise minutes in real-time. The movement, the automatic calibre UR-13.01, is located at the opposite end of the long case from these minute and jumping hour modules. Linking them is a central titanium beam called a cadran shaft that transmits the required amount of energy to the hour and minute modules. 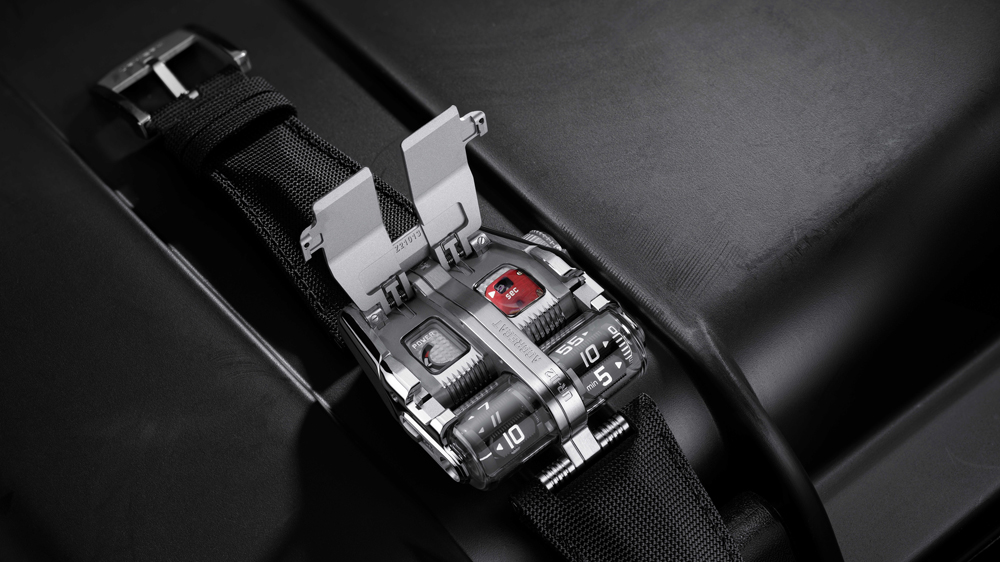 There’s more under the hood than the movement. Press on the case sides and the hinged hunter-style cover pops up to reveal a power reserve indicator on one side and a small seconds scale on the other, each surrounded by a plate finished in mini perlage—a rare nod to classical watchmaking. The minute indicator is composed of a skeletonized silicon disk attached to a red anodized aluminium bridge, a signature Urwerk design feature. 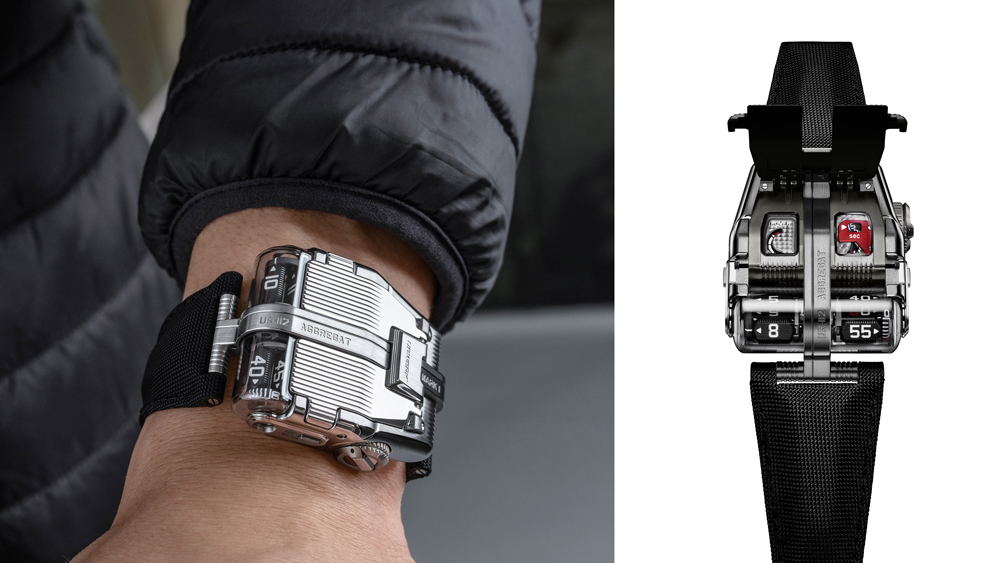 The “Aggregat” in the name refers to the fact that the watch brings so many different elements together, and that goes for both design and finish of the case. Surfaces are curved and angled, deeply grooved, sculpted and bonded or screwed together, with a mashup of finishes that include matte, glossy, sandblasted, bead-blasted, and polished—quite a feat considering the case is made of titanium, which is extremely dense and difficult to machine. The look is ultra industrial. “Each zone … has its own texture, its own finish, its own language,” says Martin Frei, co-founder and head designer of Urwerk. “The UR-112 is pure madness in terms of the mechanics and the finishes. We will only be able to make a very limited number.” He predicts they will be able to make up to eight pieces this year, at a price of approx. $383,000 each.