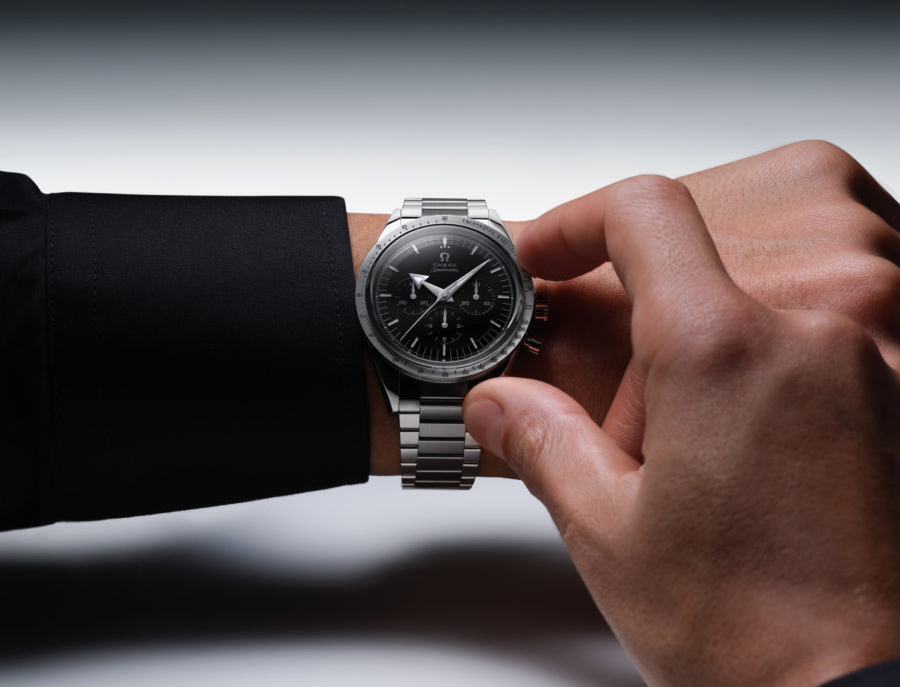 To The Moon And Back

Well, that was embarrassing. Before the 14th edition of Phillips’ Geneva Watch Auction, which took place in an electrically charged salesroom in the Swiss city in early November 2021, valuers had examined the watch—a stainless steel OMEGA Speedmaster from 1957—admired its discoloured “tropical” dial, the faded luminous coating on its Broad Arrow hands, and, after comparing the piece with similar recently sold works, came up with a pre-auction estimate of $125,000-$180,000.

In fairness though, not even the most clairvoyant of valuers could have predicted the fireworks that would follow the announcement of Lot 53 shortly after 4pm on auction day.

It took just a few minutes for the watch to sail past the upper limits of its estimate. With bids flying in from Texas, Oman and Hong Kong, the ante quickly reached $900,000, before jumping to $1.5 million in just one bid. The hammer eventually fell to a Chinese bidder at $4.8 million, making Lot 53 the most expensive OMEGA ever sold.

Should the valuers have known better? The Speedmaster, as anyone with even a passing interest in watches knows, is the King of Omegas. No other OMEGA timepiece enjoys the cachet of the ‘‘Moonwatch”. The model that sold in November was a proper “grail” piece: a 321-calibre-equipped, first-generation Ref. 2915, identified by, among other things, an oval, rather than round, “O” in the “OMEGA” on its dial. It was always going to be hot. Even still, headlines about gangbusting steel sports watches belong to Rolex and Patek Philippe, not, until fairly recently, OMEGA. 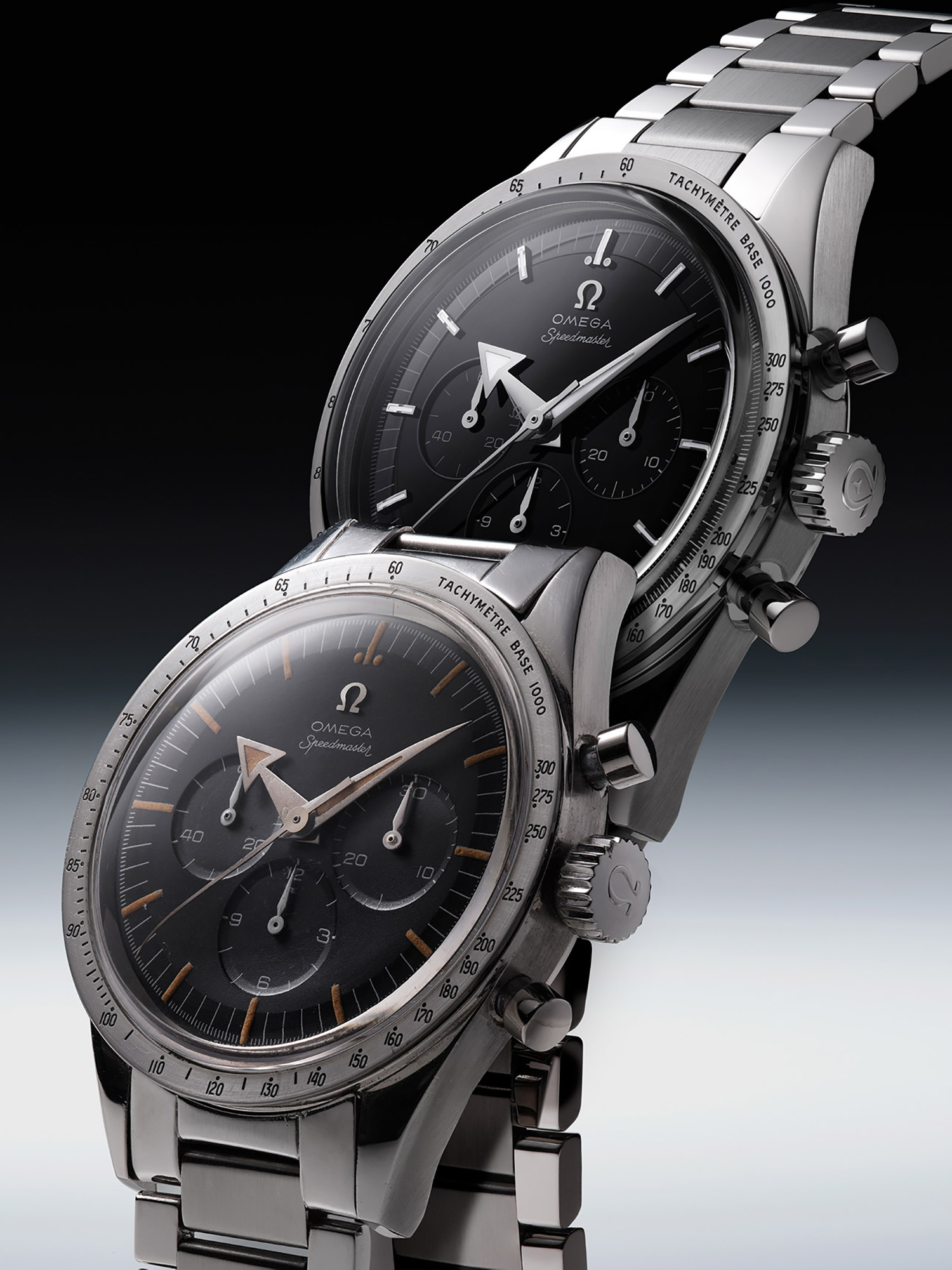 Things began to heat up several years ago. A quick internet search shows that the next five most expensive Speedmasters—all first-generation, 321-equipped Ref. 2915s—were sold between 2015 and 2019.

OMEGA will, of course, have been keeping track of the spiralling prices of early editions of its flagship timepiece. We can only speculate as to whether the buzz surrounding the Speedmaster being the NEXT. BIG. THING (away from the headline-grabbing auctions, prices on the earthlier pre-owned watch market were already quickly climbing) contributed to the company’s decision to faithfully resuscitate—down to the typeface used for engravings—their most fêted movement. Anyway, in 2019, that’s what we got.

A reminder: the original Calibre 321—a hound-wound column-wheel-controlled chronograph movement—was used by OMEGA from 1949 until 1968. It powered the first Speedmasters (the first wristwatch to display a tachymeter scale on its bezel, rather than dial) and all subsequent Speedies selected by NASA for the Apollo space missions, including all six moon landings. Owing to its place in horological history, the 321 became, several decades later, the sort of thing OMEGA nuts go bananas for.

Three years ago, on occasion of it being 50 years since the first lunar landings, OMEGA began re-manufacturing the Calibre 321. Of course, it’s not uncommon for a watch brand to plunder its back catalogue and re-issue something with cool-again retro appeal. You’ll struggle, however, to find a movement so fastidiously recreated as the Calibre 321. (Last year, Zenith released an almost carbon copy of its tonneau-shaped A385 from 1969. Yet while the watchmaker manufactured from original production plans, it stopped short of trying to reproduce the El Primero Calibre 3019 PHC movement that powered the first A385.) 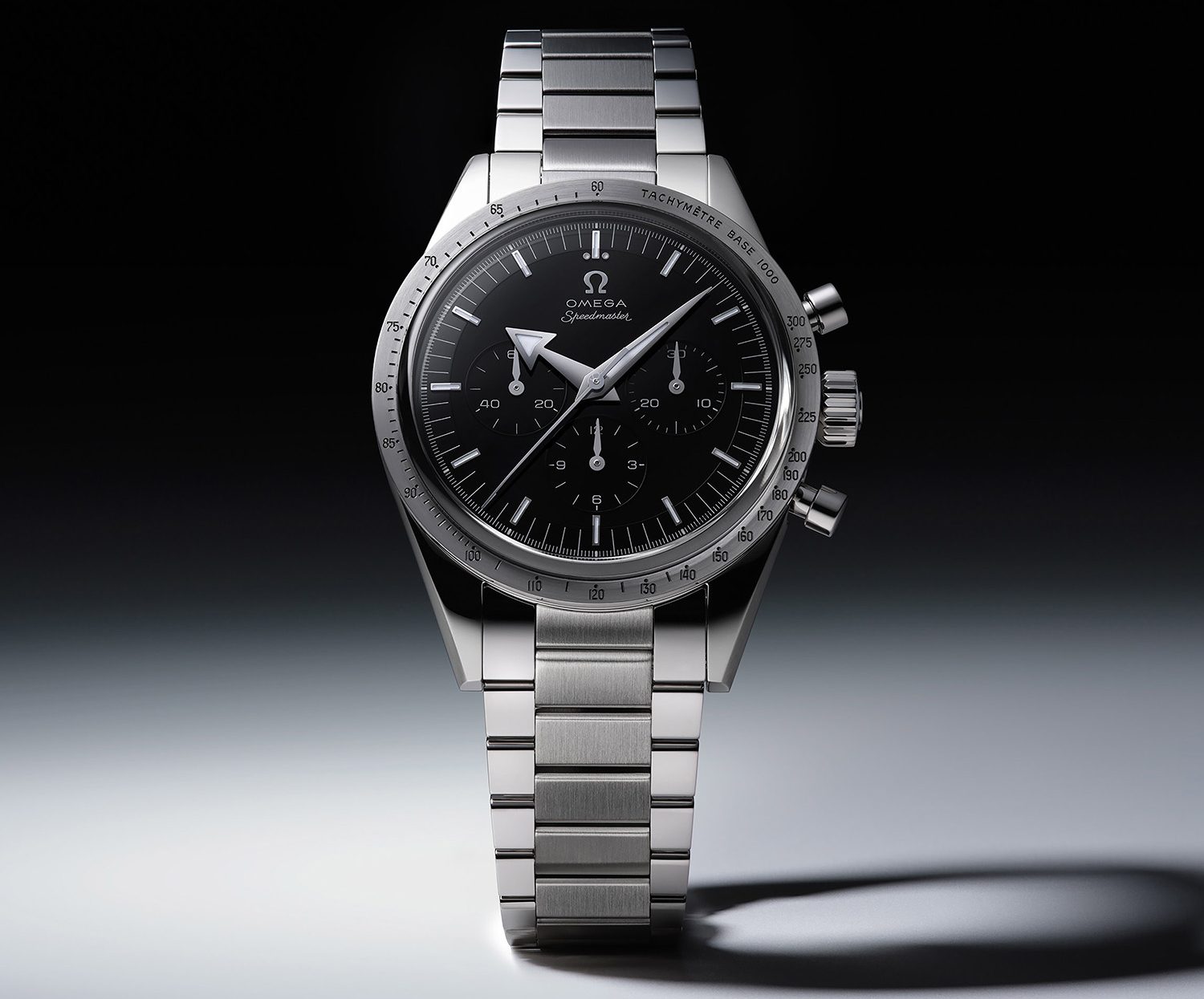 Having spent two years in R&D, OMEGA’s born-again 321 was reintroduced inside a 42mm Speedmaster in platinum. Yours for $90,750. A year later, to the delight of those with a little less to spend, it was placed inside a 39.7mm Speedie in stainless steel—yours for $21,450.

Technically, both watches are unlimited. But given that all Calibre 321s are assembled by a single watchmaker, production numbers are thought to be in the low thousands per year.

And so to the latest chapter in the 321 story—this year’s Speedmaster Calibre 321 Canopus Gold, launched to mark the chronograph’s 65th birthday.

What’s familiar? As per the 1957 original: Broad Arrow hands, a Naiad symbol on the watch’s crown, a dot over “90” on the tachymeter bezel and a dot diagonal to “70”—features which, having been modified in later models, send collectors crazy. 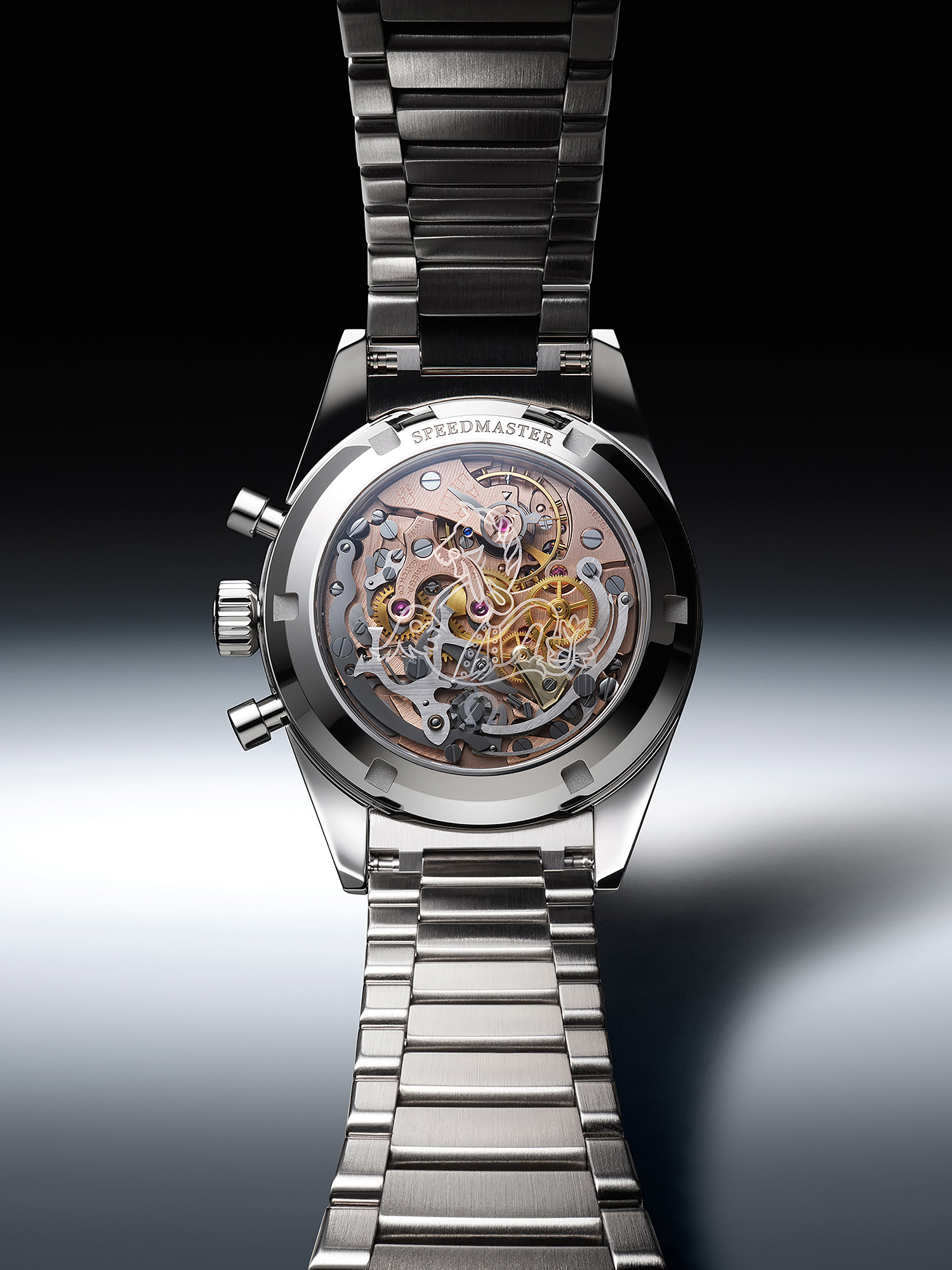 What’s new? A black onyx dial, Grand Feu enamel-infilled numerals on the bezel, and a 38.6mm case (the original Ref. 2915 measured 38mm) which, along with the watch’s bracelet, bezel and hands, is constructed from OMEGA’s propriety white Canopus Gold. Hence a price tag of $123,750.

Now, that’s a decent outlay and the sort of money that begs the old-as-stainless-steel question: why would anyone buy a watch in white gold? Isn’t it, after all, pretty much impossible for Joe Bloggs to spot the different between (expensive) white gold and (affordable) stainless steel? In a word, yes. Except OMEGA’s Canopus Gold (named after the second brightest star in the sky) isn’t any old run-of-the-mill white gold. The brand’s version is a unique alloy containing 18-carat white gold, rhodium, platinum and palladium. Which, says OMEGA, means more brilliance, greater whiteness and superior longevity.

And anyway, while OMEGA would never say so, we all know that the new Speedie isn’t meant for the “everyman”. It’s for those in the know. Because when you know, you know.
omegawatches.com