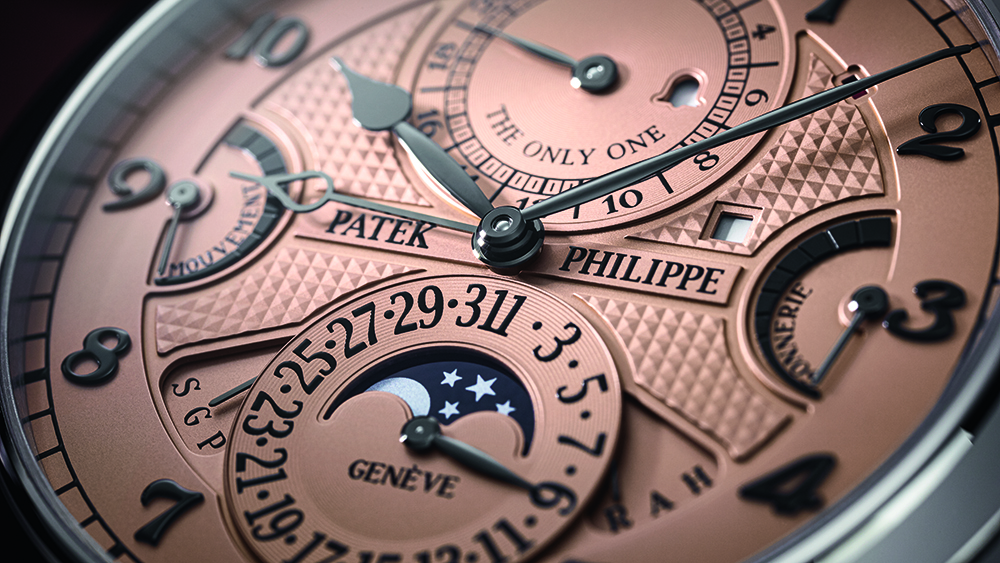 The Grandmaster Chime in steel broke the record book at Only Watch.

On Friday, there were rumours in Geneva that the Patek Philippe Grandmaster Chime Ref. 6300A could sell for over US$20 million. But when the hammer finally fell on Saturday at the Only Watch auction, crowds were stunned when the watch sold for a whopping US$31,194,370 (roughly A$45,482,000), a figure that cements its place as the most expensive watch in the world. Previous record holders include Patek Philippe’s Henry Graves Supercomplication, which sold for US$24 million in 2014, and the Rolex Paul Newman Daytona wristwatch, which sold for US$17 million in 2017.

Let’s keep in mind that while the Patek Philippe Grandmaster Chime is the most expensive and covetable watch in Patek Philippe’s collection, with 1366 movement components and 214 case components, this version is in steel. If this wasn’t for charity—the proceeds from Only Watch benefit research into Duchenne Muscular Dystrophy—we might think the watch collecting world had truly gone crazy. Previous iterations of the Grandmaster Chime include the Ref. 5175R in 18-karat rose gold, a US$2.5 million variant introduced in 2014 for Patek Philippe’s 175th anniversary. Another, the US$2.2 million Ref. 6300G, was made in white gold. The Ref. 5175R was limited to just seven pieces, one of which lives at Patek Philippe’s museum. The Ref. 6300G was technically not limited, but you can bet that very few have been made.

Paul Newman’s Daytona, which sold for nearly US$18 million (A$24 million) in 2018, once held the record for most expensive wristwatch ever sold. Patek Philippe’s Henry Graves Supercomplication, sold for US$24 million (today roughly A$35 million) in 2014, held the record for most expensive timepiece ever sold. Phillips, Sotheby’s

What ultimately sent the Ref. 6300A into the stratosphere is the fact that this version is one-of-a-kind—a fact emphasized on the dial, which spells out “The Only One.” More importantly, it was available to anyone willing to shell out enough money. Other Grandmaster Chimes are reserved only for Patek Philippe’s top collectors—and even they have to submit an application to prove they’re more worthy than their equally wealthy counterparts. Topping it off is its golden opaline dial (sometimes referred to as salmon), a treatment that has become highly collectible. The dial on the other face is in ebony black. Ultimately though, the icing on the cake was that it comes packaged in a steel case. Steel is not a precious or rare metal, of course, but in recent years it has increasingly become the most covetable material in watch collecting.

Here’s to hoping the A$45 million achieved for the steel Ref. 6300A helps find a cure for Duchenne Muscular Dystrophy.