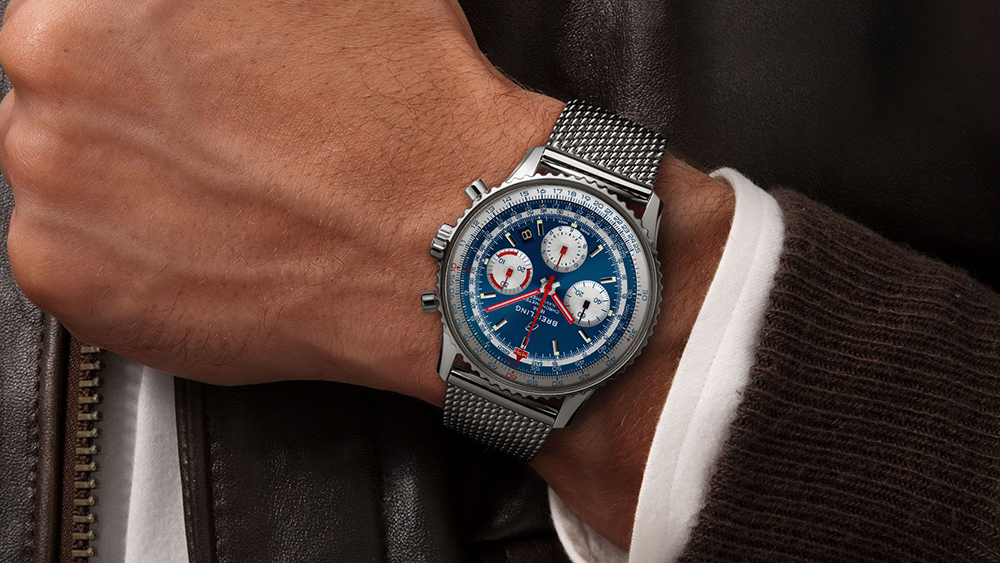 Three Big Shifts Watch Collectors Should Look Out for

Swiss watch executives are in a good mood — especially when compared with how they felt a year ago, according to a new study published by Deloitte earlier this month. The survey found that 77 per cent of executives reported a positive outlook for the industry over the next year, a far cry from Deloitte’s 2020 study, in which 85 per cent said their outlook was negative.

The optimism is based largely on the strength of the rebound in Swiss watch exports this year. “The value of exported watches increased by 1.7 per cent in the first eight months of 2021 compared to the same period in 2019,” according to the stud

There are, however, caveats: The executives surveyed expect growth only in higher-priced segments (export prices of CHF 5,000, or about $7,200, and above), reflecting a longstanding decline in the volume of Swiss watch exports, as lower-priced battery-powered timepieces lose ground to smartwatches, most of which are manufactured in Asia. (The export value of quartz watches slipped to 14 per cent of total sales in 2020, down from 28 per cent in 2010, a reality that Jules Boudrand, a watch industry expert at Deloitte Switzerland, notes “could weaken the industrial landscape in Switzerland.”)

Below we highlight three of the survey’s most intriguing findings:

Brands are finally getting serious about pre-owned watches

For years, most Swiss watchmakers underestimated the importance of the pre-owned market, or saw it as a threat to their brands. Not anymore. According to the Deloitte study, 65 per cent of executives are implementing some type of strategy for certified pre-owned (CPO) and the proportion of consumers likely to purchase a pre-owned watch increased 11 percentage points compared with 2020.

Of the various approaches executives are considering, the most common strategy cited by respondents was investing in their own pre-owned platform (32 per cent), partnering with an existing one (18 per cent) or launching/managing their own branded CPO business (15 per cent). The remaining 35 per cent of respondents said they have no plans to move into the CPO market, but will instead provide services such as maintenance and authentication.

“Historically fragmented, the pre-owned watch segment has professionalized and organized with some notable acquisitions over the past years: Watchfinder & Co. by Richemont, Analog Shift by Watches of Switzerland Group, Crown & Caliber by Hodinkee,” said Boudrand. “The potential of the pre-owned watch market is massive, and it is likely to continue to consolidate and attract interest from investors.”

And let’s not forget: One important element of the pre-owned offer, especially to millennials and Gen Z, has to do with sustainability, given that buying secondhand is one of the core tenets of the circular economy.

Feel free to disregard that old chestnut about how no one needs a watch in the age of smartphones (or smartwatches, for that matter). According to the Deloitte study, millennials and Gen Z are the generations most interested in watches and they prefer luxury mechanical watches if given the choice.

Specifically, the study found that if given CHF 5,000 to spend on a watch, younger consumers would choose a luxury mechanical timepiece as opposed to the latest release of a smartwatch each year for the next 10 years. (“Smartwatch wearers continue to increase in numbers, but in the battle for wrists, 23 percent of consumers wear both traditional and smartwatches,” said the study.)

The demographic findings have implications on the way watches are sold. While the majority of industry executives (67 percent) believe that offline sales of watches will continue to dominate, brands that ignore the industry’s rapid pace of digitalization are in peril.

“Although most consumers on average prefer to purchase watches in store, almost one-half of consumers still want to buy via e-retailers, social media or e-auctions,” said co-author Karine Szegedi, managing partner of consumer industry and fashion and luxury at Deloitte Switzerland. “Most luxury watch brands are still only selling a fraction of their products through e-commerce channels, but consumer preferences will necessitate brands’ sales channels to become more ‘omni.’”

Sustainability is front and centre

Changing attitudes among consumers — who are calling for a more urgent response to the climate crisis, greater transparency and commitment to ethical sourcing — have had a big impact on the way watch executives feel about sustainability. According to the study, 72 percent of brands are investing more in sustainability, primarily to reduce their carbon footprints.

When it comes to sustainability, executives placed the greatest importance on ethical sourcing, followed by the environmental impact of the materials used in the final product and the materials used in packaging. Some respondents said technologies such as blockchain will likely play a large role in how the industry tackles sourcing.

“Consumers want to know where this leather, gold and diamonds come from — from which mines, how is it produced, who are the producers?” Georges Kern, CEO of Breitling, told the study’s authors. “Increasingly, you will see total transparency of the production process and the supply chain.”