The Art Of Tourbillon

The holy grail of watchmaking or a superfluous artistic flourish in the modern timepiece?

We caught up with TAG Heuer’s Product Director, Guy Bove, to discuss the contemporary tourbillon and how his brand changed the game with some wondrous in-house mechanics.

Let’s briefly explore the history of the tourbillon. Why is this mechanism in many ways viewed as the holy grail of watchmaking?

The tourbillon was patented in 1801, initially as a means of improving lubrification and regular wear of the escapement parts by continually moving them through all the points of a circle. In those days, the quality of the moving parts was comparatively mediocre and moving the spindles and parts through different positions was a way to avoid incremental errors by cancelling them out between themselves. Later on, the effects of cancelling out the gravitational effects on the escapement was discovered, and indeed a pocket watch with a tourbillon escapement held the world record for many years from 1892 on. These technical advantages aside, the need for a very light carriage and its permanent and rapid motion gave rise to a refined aesthetic, which has known many shapes and sizes and even rotational speeds since the invention of the tourbillon. This fertile playground for engineers, designers and craftsmen has undoubtedly given the tourbillon escapement the aura that we know today, as a visual signature and a fairly complicated form of escapement.

And your response to the occasional argument that a tourbillon is largely an element of art, unnecessary in delivering any great sense of modern functionality?

In a modern wristwatch that is worn regularly, neither the manufacturing quality nor the position of the watch has much effect on the precision of the escapement, hence this view. In a different view, one in which mechanical watchmaking plays a role of tradition, beauty, surprise, marvel, art is a function in itself, and a tourbillon in motion is a complicated, beautiful sight and an expression of the watchmaker’s art, which is often shown at the front of the watch. It brings the fascinating heart of the watch to the viewer’s eyes. Who would not be moved? 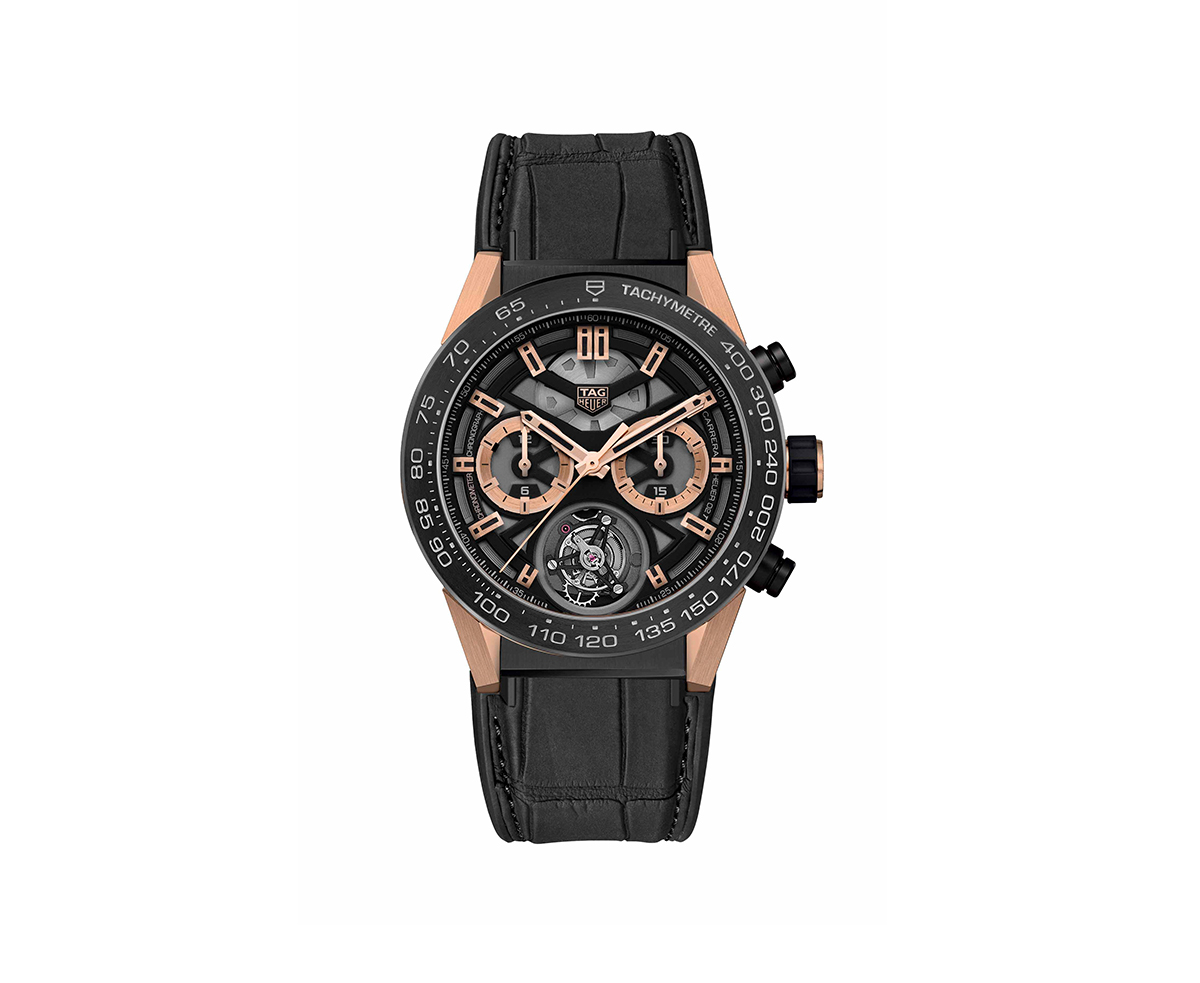 Is a tourbillon the most difficult movement to make by hand?

The tourbillon is not the most complicated ‘movement’ to make by hand – it is not actually a movement per se but a method of suspending the regulating organ, which is, in one form or another, the timing component of any mechanical wristwatch. However, as far as traditional escapements go, it’s clearly much more difficult to assemble and adjust than a fixed escapement.

Can you talk us through the carbon composite hairspring – what is this really, why is it so special, and what does it mean to a piece?

Modern escapements work, by and large, incredibly well. However, they have traditionally been made of metal alloys since their invention 200 years ago, which creates a number of issues for perfect timekeeping: comparatively heavy, they react to shock (dropping or banging for instance) by temporarily or permanently losing their spiral shape, which will automatically affect precision. Generally, part of the alloy is a ferrous metal, which means that it can be affected by magnetism, also impairing timekeeping performance and in extreme cases, stopping the movement (do not try this at home!). And as a metal, it can be affected by temperature swings. The idea behind Isograph is that by making a hairspring out of a non-metallic substance, making it extremely lightweight, making it non-metallic, we could effectively make an escapement that would be far less affected by these typical influences on regularity.

Fair to say TAG Heuer changed the game in 2006 with the unveiling of the Carrera Heuer-
02T tourbillon?

TAG Heuer clearly introduced a game-changer with that model and its follow-up models –  a comparatively affordable, high-quality tourbillon chronograph that is Swiss made, with a very technical, cool look based on our legendary Carrera design codes. 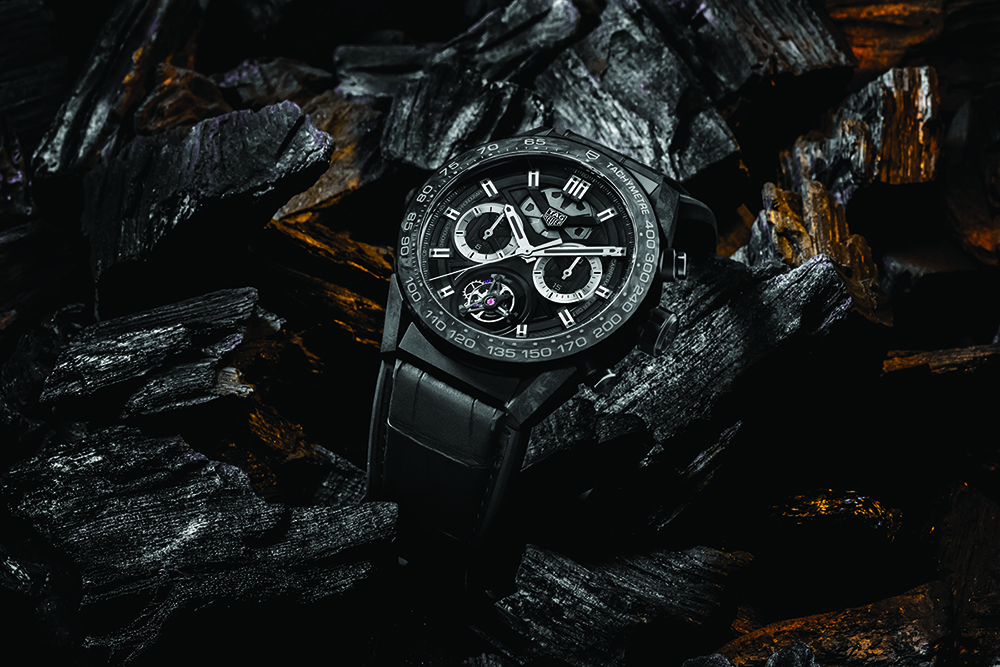 How many parts live within the TAG Heuer 02T tourbillon?

We count 284 parts.  This is a mechanism of such incredible intricacy and technical complexity – how has TAG been able to deliver it in such an affordable, accessible manner?

Firstly, the Heuer 02T is based around our Heuer 02 Chronograph movement, which has been painstakingly engineered for reliability and series production. Therefore, we are not in competition with ateliers specialising in products like one-off tourbillon movements – we see them as high-spec chronograph movements that are designed to be worn daily. Secondly, we are a global brand catering to many customers worldwide, which means that we are able to assemble even our tourbillon models in – comparatively speaking – sufficient quantities to bring the cost to our clients down without any effect on quality or aesthetics.

What do you say to those who think such an accessible price point means a lesser movement?

They are probably not the right customers for a race-inspired, hard-wearing, cool-looking daily wearer. We know that our tourbillon customers love the look of these watches, love that they can wear them everywhere and anywhere, and are able to afford the watch of their dreams. I would question what a “lesser movement” might mean – our movements are designed to high specification and reliability, and boast a great look which fits perfectly into the brand’s history.