Tag Heuer dressed up one of its most famous timepieces for this past weekend’s Grand Prix de Monaco Historique race.

The Swiss watchmaker has just unveiled an exclusive version of the Monaco automatic chronograph with a striking green dial for its latest release. Why a limited-edition variant of the iconic watch for this year’s race? Because Tag Heuer is the sponsor and official timekeeper for the biannual event. 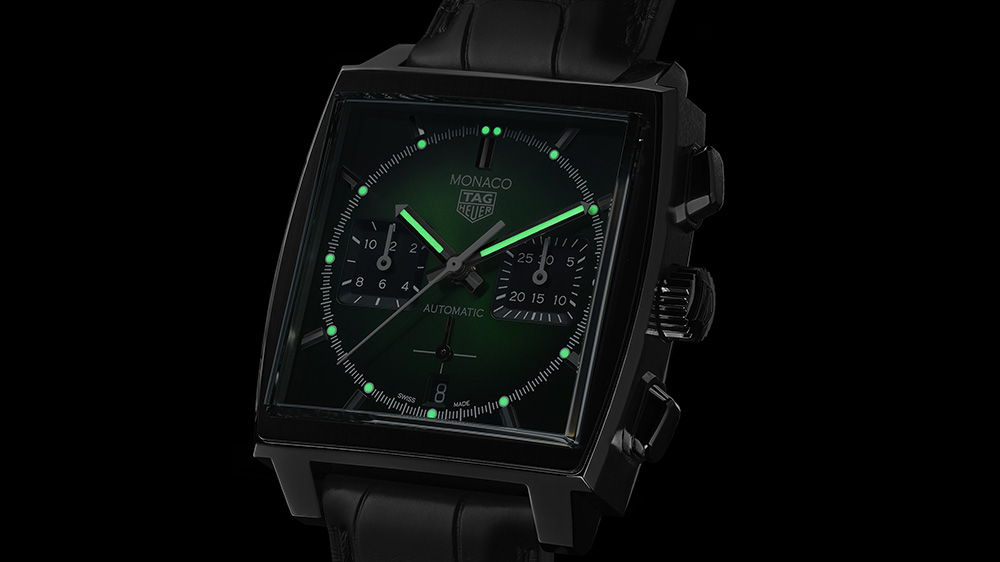 Introduced by Jack Heuer in 1969, the Monaco effectively put the watchmaker on the map and remains the timepiece most associated with the brand more than five decades later. This status is due in no small part to the fact that the King of Cool himself, Steve McQueen, wore the square-cased watch in 1970 racing drama, Grand Prix. That specific watch, Ref. 1133, sold for US$2.2 million last December, easily setting a record for the brand.

This version of the Monaco features a first for the watch—a green dial. Housed by a 39mm stainless-steel case, the sunray-brushed dial’s rich hue darkens towards its edges and is offset by two black sub dials and a date window. And there are other emerald flourishes. The watch’s hands Rhodium-plated hour and minute hands and indexes have been accented with white Super-LumiNova so that they glow neon green in the dark. The markings engraved on the oscillating mass and the column wheel of its in-house movement are also green and visible through its sapphire crystal caseback. Completing the package is an elegant black alligator leather strap. 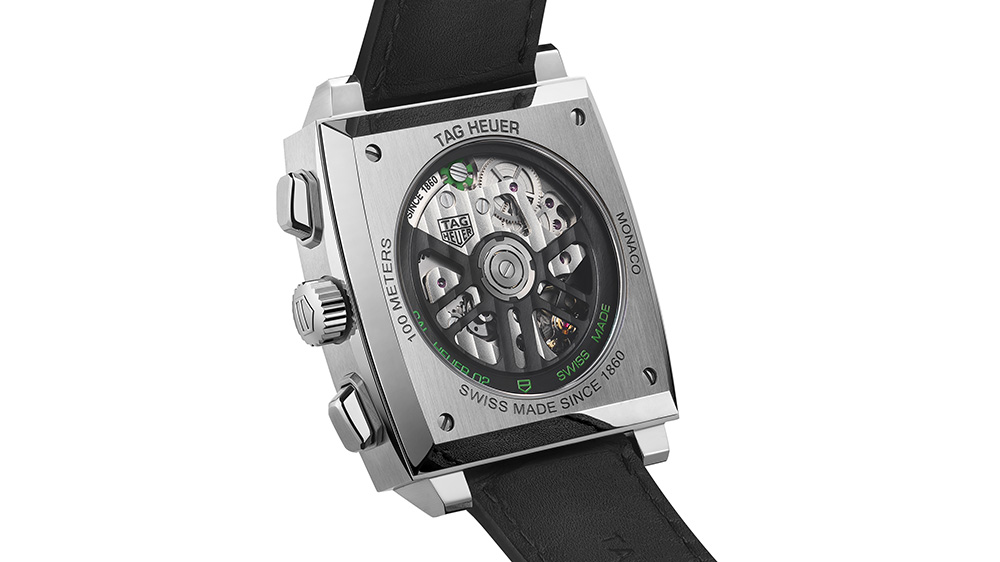 Just like the car’s that competed in this weekend’s race, the Monaco has a serious powerhouse under the hood. Like other versions of the chronograph currently offered by the brand, it’s propelled by the Calibre Heuer 02 movement, and has a power reserve of 80 hours.

The Monaco Green Dial goes on sale Friday, which is also the start of this year’s Grand Prix de Monaco Historique. Limited to just 500 examples, it’s priced at approx. $9650, though you may not be able to get your hands on the timepiece until after this weekend’s event. For those lucky enough to snap one up, don’t be surprised to see your watch-obsessed friends turn green with envy.