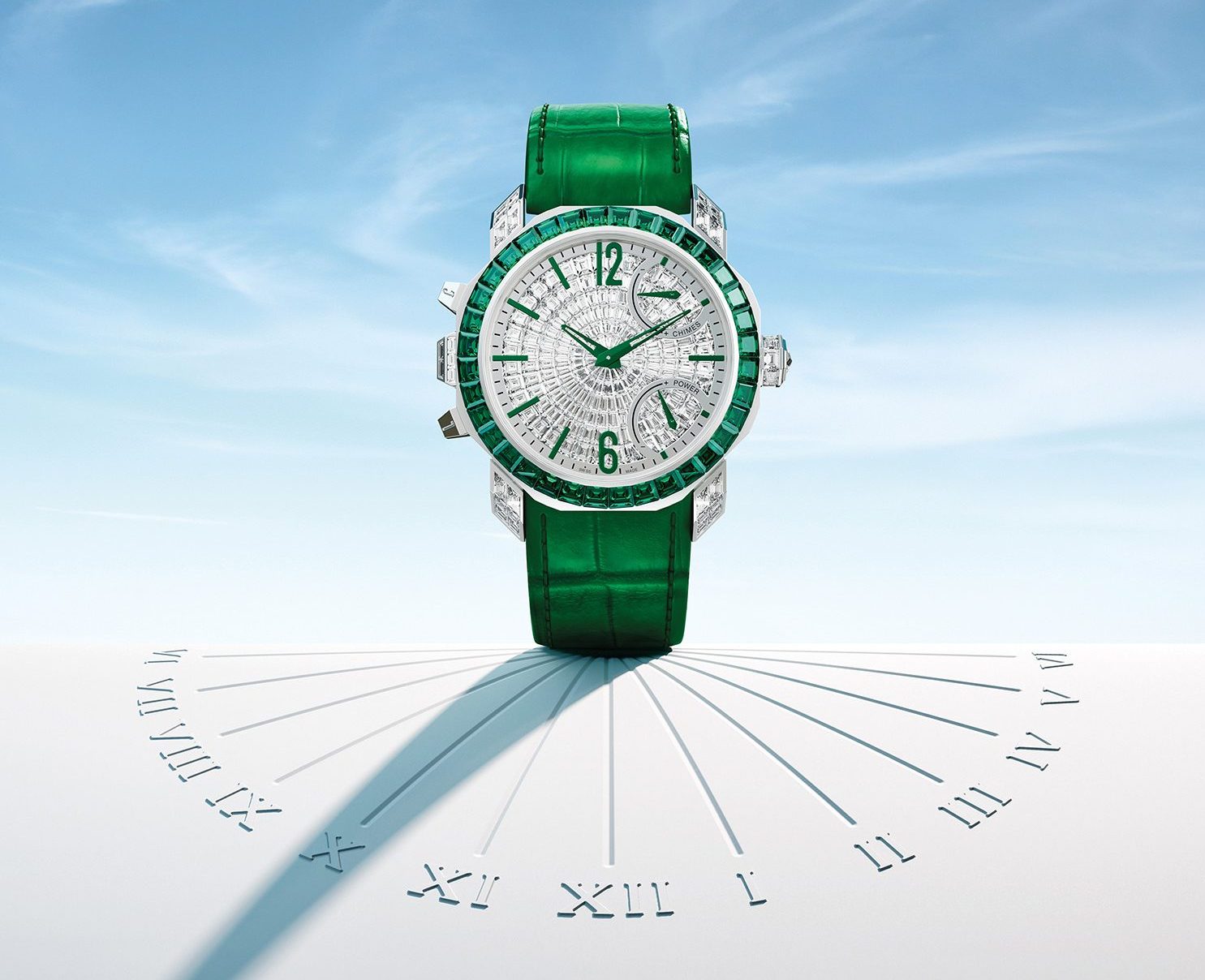 Bulgari rings in the anniversary year with a chiming watch.

Roman jeweller Bulgari has been in the business of serious watchmaking for some time now. Indeed, 2022 marks 40 years since the brand’s dedicated watchmaking division, Bulgari Time, was established—in Switzerland over Italy—and 10 years since the launch of the eight-sided Octo, the all-conquering smash-hit that’s become the company’s halo timepiece.

Fittingly, Bulgari rings in the anniversary year with a chiming watch: the one-of-one Octo Roma Emerald Grande Sonnerie. Equipped with a tourbillon-regulated movement made up of 723 components and which will chime the hours, quarter-hours and minutes of the day (unless you tell it not to), the Grand Sonnerie is the most complicated timepiece Bulgari has ever created (a feat made possible by the acquisition of manufactures Daniel Roth and Gérald Genta at the turn of the century). A white-gold case and 446 baguette-cut Zambian emeralds equate to a price tag of approx. $2.5 million. See what we mean about serious watchmaking.