Robb Read: Time’s Up For Baselworld

Time’s up as the once glistening fair is forced to rethink its future plans.

You can’t knock the sanguinity of the MCH Group. When, in 2010, the parent company of Baselworld, the world’s oldest and (then) largest watch fair, commissioned Herzog & de Meuron, the Basel-based architects behind the Bird’s Nest stadium in Beijing, to modernise its senescent exhibition facilities to the tune of 430 million Swiss francs (approx. $655 million), the marketing and events giant was looking back on a decade in which the wholesale value of Swiss watch exports had risen from CHF 10.3 billion to CHF 16.2 billion (approx. $15.7 billion to $24.8 billion).

In the three years, it would take Herzog & de Meuron to complete its three-storey extension of Hall 1, build an overhead bridge to Hall 3 and wrap the whole thing
in a hyper-modern basketweave of brushed aluminium, exports would surge to a record CHF 21.8 billion (approx. $33.3 billion).

Business was booming and Basel’s Messeplatz was the watch world’s Mecca, even if none of the big houses actually hailed from the German-speaking border city. And yet, within the space of ten years, MCH’s flagship event would lose 75 per cent of its exhibitors, see visitor numbers shrink by almost half and, in April of this year, lose its two most important participants, Rolex and Patek Philippe.

Even before the coronavirus reared up and kick-started a chain of events that would cause the mightiest and most prestigious of watchmakers, respectively, to abandon the industry’s most significant get-together, the watch industry trade show, in its traditional format at least, was a concept living on borrowed time.

“Fairs such as Basel and SIHH are last-century business models that did not adapt to the new configurations of the luxury watch business,” Jean-Christophe Babin, CEO of Bulgari (which pulled out of Baselworld 2020 in February), tells Robb Report. “Basel, for instance, was the yearly gathering of agents and distributors: they attended, ordered, and then we’d deliver [watches] to them to provide to retailers. Today, this chain is obsolete: agents and distributors have almost totally disappeared. The major brands have local and/or regional integrated branches so that business operates 12 months a year, 24 hours a day.” 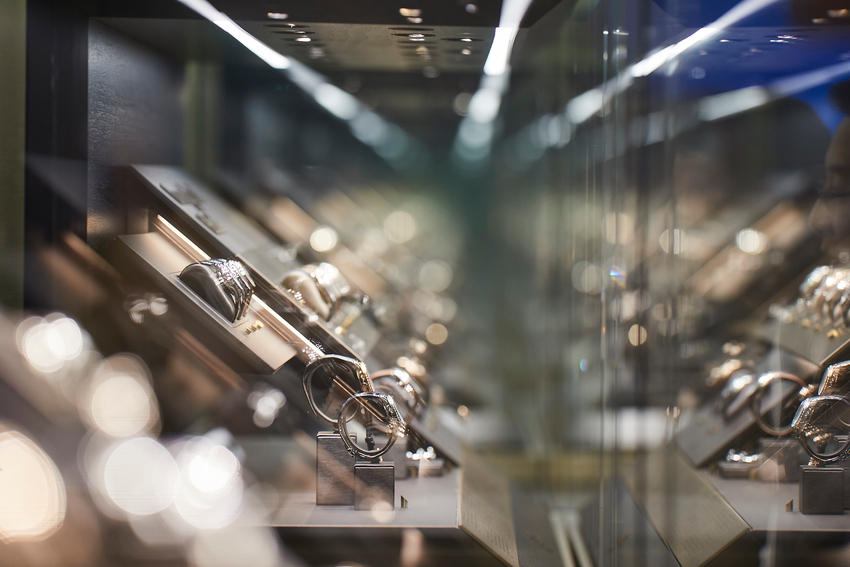 Baselworld’s inability to move with the times—its failure to invest in technologic infrastructure, its commitment to charging eye-watering exhibition prices at a time when the industry was struggling with a series of socio-economic sucker punches, political unrest in two of its biggest export markets (Hong Kong and China) and the snowballing uptake
of each new edition of the Apple Watch—had already cost the show its single biggest exhibitor.

“Today everything has become more transparent, fast-moving, and instantaneous,” wrote Swatch Group CEO Nicolas Hayek Jr in a bombshell press release that detonated in July 2018. “In this new context, annual watch fairs, as they exist today, no longer make much sense… The MCH Group, which organises Baselworld, is clearly more concerned with optimising and amortising its new building… than it is in having the courage to make real progress.” And with that, Swatch Group’s 17 brands—Omega, Blancpain, Breguet, Longines and Tisso among them—said so long and thanks for all the fish.

Baselworld had, of course, lost big-name watchmakers to splinter shows before. Brands belonging to the Richemont Group had decamped to SIHH (now called Watches & Wonders) in the 1990s. More recently, Breitling, Corum, Maurice Lacroix, Raymond Weil and Ulysse Nardin had all failed to renew their Baselworld contracts, so too LVMH brands (Tag Heuer, Hublot, Zenith) which this January also hosted an ‘in-house’ showcase in Dubai.

Yet it was the show’s myopic reaction to the coronavirus that would prove its ultimate demise. Forced to cancel Baselworld 2020 as Europe failed to contain the spread of Covid-19, MCH announced that it would be refusing to refund watchmakers already committed to the show. Instead, MCH offered companies the chance to put 85% of their 2020 outlay towards rebooking a space at next year’s event—since cancelled—retaining a 15% fee to cover ‘administration costs’. That parochial strategy had already prompted polite, yet hefty, censure from Hubert du Plessix, president of the Swiss Exhibitors Committee at Baselworld and, just as significantly, a long-standing Rolex director.

While the refund situation is said to have today found an “amicable solution”, according to MCH Group, in a letter dated 6 April and which was sent to Baselworld’s director general and almost all of Switzerland’s leading watchmaking federations, du Plessix wrote that a “lack of consideration on the part of the leaders of the MCH Group unfortunately recalls an era that we thought was over.” Du Plessix argued that full refunds “would be the best way to encourage exhibitors to participate in a future edition of Baselworld”, otherwise, “we fear that this will be the end, pure and simple, of Baselworld.” 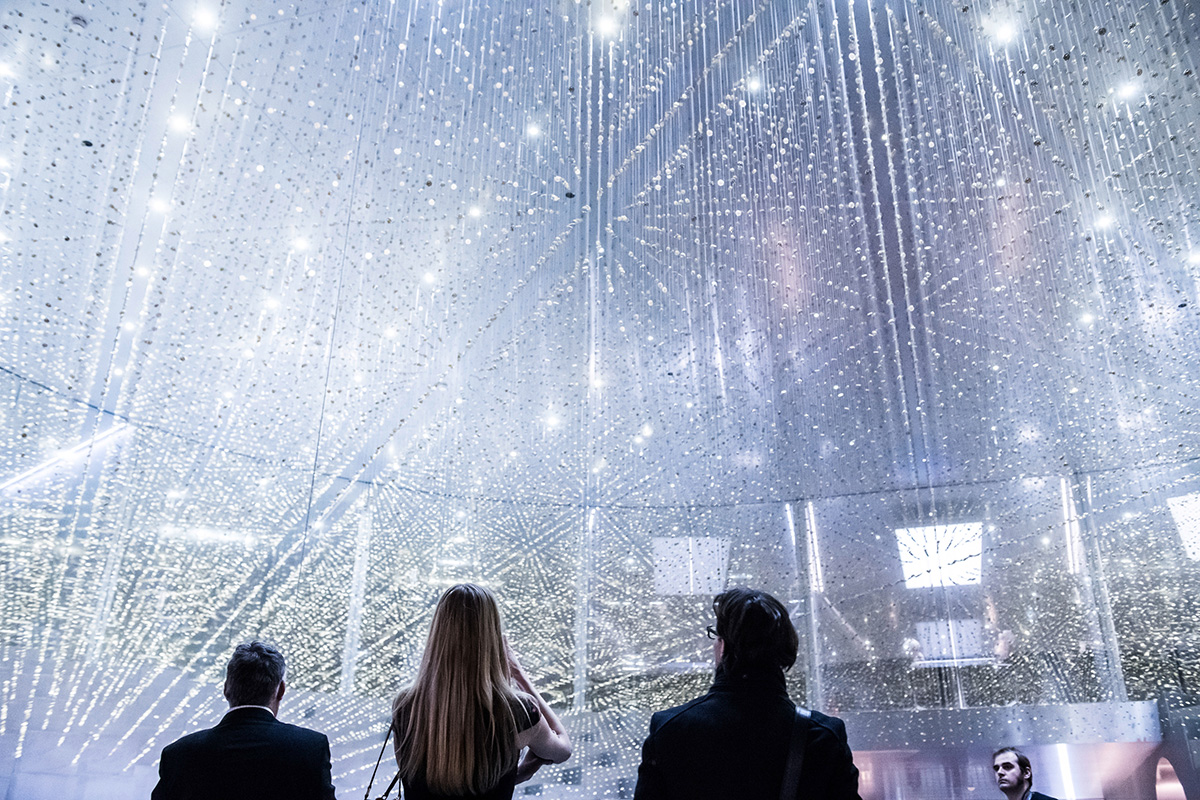 In an industry often accused of moving at a glacial pace, events unfurled uncharacteristically rapidly. On 14 April, Rolex and Patek Philippe, along with Tudor, Chanel and Chopard, issued a joint statement announcing their withdrawal from Baselworld 2021: “The decision to leave Baselworld was not an easy one to take,” says Patek Philippe president, Thierry Stern. “Today Patek Philippe is not in line with Baselworld’s vision anymore, there have been too many discussions and unsolved problems, trust is no longer present… That is why, following several discussions with Rolex and in agreement with other participating brands, we have decided to create, all together, a unique event in Geneva, representative of our savoir faire.”

The quintet of brands will now create a new Swiss trade show to coincide with the Foundation of High Horology’s Watches & Wonders, effectively creating one large-scale, cross-conglomerate fair—something that many of the industry’s key players had been calling for prior to the latest Baselworld saga.

“We have branches, we can organise a brand event on our own without any problem, with strong results and return on investment,” says Bulgari’s Babin. “Nevertheless, the industry community gathering for a few days remains part of the game and an important moment… the fairs and salons are important because this community needs them.”

It’s a point furthered by Patrick Pruniaux, CEO of Ulysse Nardin and Girard-Perregaux. “Sure there is a digital transition impacting our business model,” he says. “However, human beings need to meet at least once a year. Look at the social distancing currently happening due to coronavirus—we are all connected through digital devices, but we lack the touch of humanity that we get from seeing each other.”

Ricardo Guadalupe, CEO of Hublot, agrees: “I’m in favour of a ‘great gathering’ for the watch industry that brings everyone together… It would be logical as it is much more convenient for all partners, clients and media to travel to one big show once a year, where they can discover all the beautiful new products from our industry.” And that show, it now transpires, will take place in early April 2021 in a colossal exhibition centre adjacent to Geneva Airport.