It’s difficult to believe now, but Bulgari’s was never a booth for which you’d make a beeline. Sure, you’d schedule an appointment; the Switzerland-based watch division of the Rome-headquartered jeweller had, after all, brought out a couple of big-swinging tourbillons since swallowing up indie watchmakers Daniel Roth and Gérald Genta at the turn of the century. But when it came to timetabling your speed dates at Baselworld—the oldest and most prestigious industry get-together until everything went Pete Tong in 2020—you’d be sure to line up the heavy-hitters first. Rolex, Omega, Patek Philippe. That’s where the headlines were written.

Bulgari’s titular timepiece had, since the late ’70s, remained—and how should we describe it—the “Romanesque” Bulgari Bulgari, a fashion-led item that over the course of several restyles had not aged all that well. And so you’d swing past Bulgari’s stand on day two or three.

That all changed in 2014. Two years earlier, Bulgari had rebooted the Octo. The round-bezelled, octagonal-cased watch had originally been launched by Gérald Genta, the legendary watch designer who, during a spectacularly productive purple patch in the 1970s, managed to conceive the holy trinity of luxury sports watches: Audemars Piguet’s Royal Oak, IWC’s Ingenieur and Patek Philippe’s Nautilus. 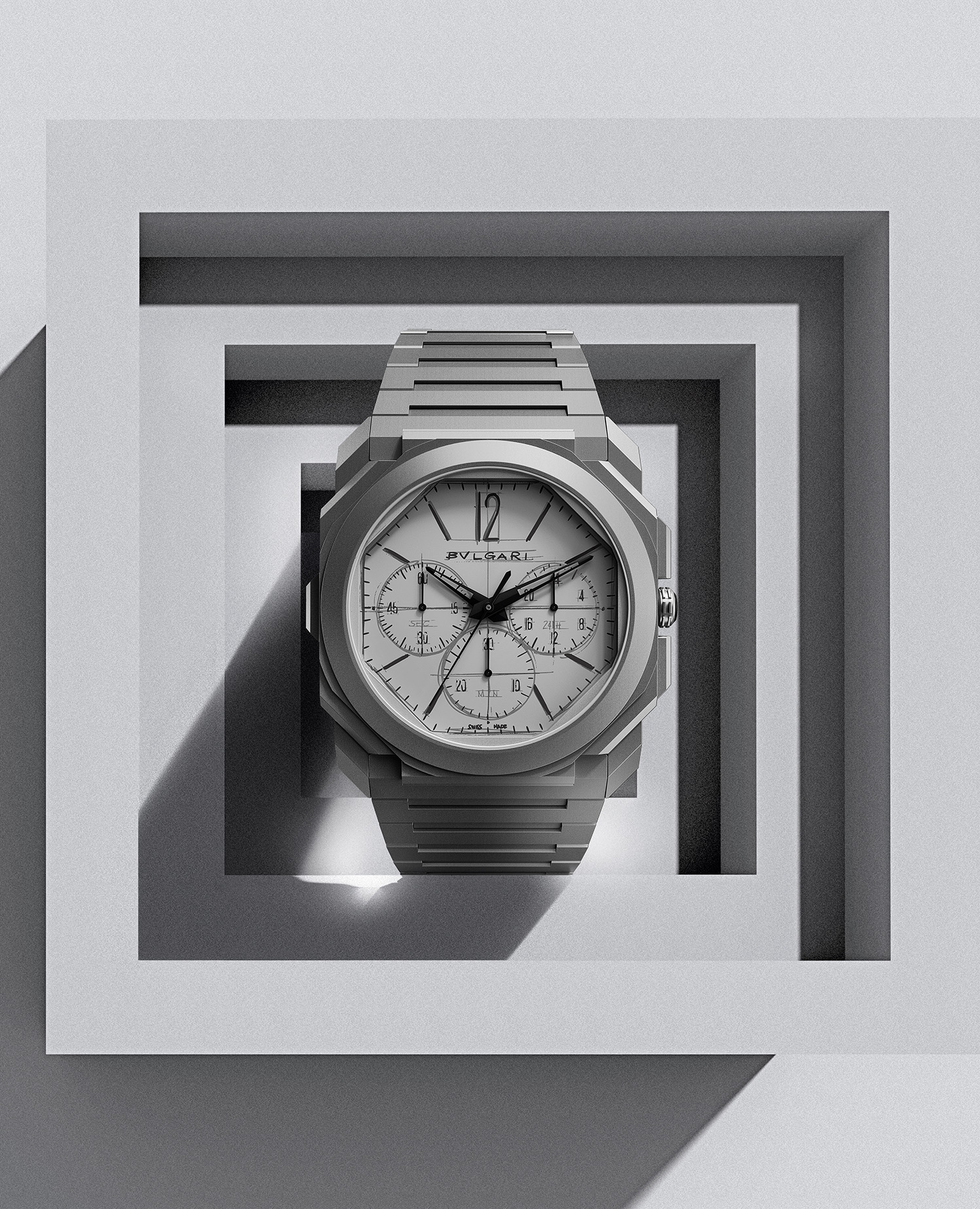 Together, Bulgari’s then-watch boss Guido Terreni (now CEO of Parmigiani Fleurier) and then-design director Fabrizio Buonamassa (still at Bulgari, but since promoted to executive director of product creation) had slimmed down Genta’s design, refined the Octo’s edges and created one of the most contemporary and charismatic shapes in modern watchmaking.

Still, it wasn’t until 2014, and the launch of the Octo Finissimo Tourbillon, that it dawned on the watch press (hiya!) that Bulgari should probably appear a little higher on their Baselworld schedules. The movement inside the Finissimo Tourbillon, exhibited at the fair that year, measured just 1.95 mm-thick—the thinnest tourbillon movement ever created.

“We wanted to create a new generation of 21st-century watches,” recalls Jean-Christophe Babin, Bulgari’s CEO since 2013, as he hands me the slinky trailblazer from across a glass coffee table. It’s late March and we’re sat in the Royal Penthouse of Geneva’s grande dame, the Hotel President Wilson. Watches and Wonders 2022 is taking place on the other side of town. But rather than join the brands exhibiting in the city’s Palexpo convention centre—Rolex, Cartier, IWC and Patek Philippe among them—Babin has chosen to do his own thing; booking out one of the most expensive hotel suites in the world (it occupies the hotel’s entire eighth and top floor, looking down on a stretch of prime Lake Geneva waterfront) to showcase Bulgari’s latest watches in what are, it must be said, far more rarefied surroundings. (“I can serve whichever champagne I like here—and no one comes around at 8pm to kick us out!”) 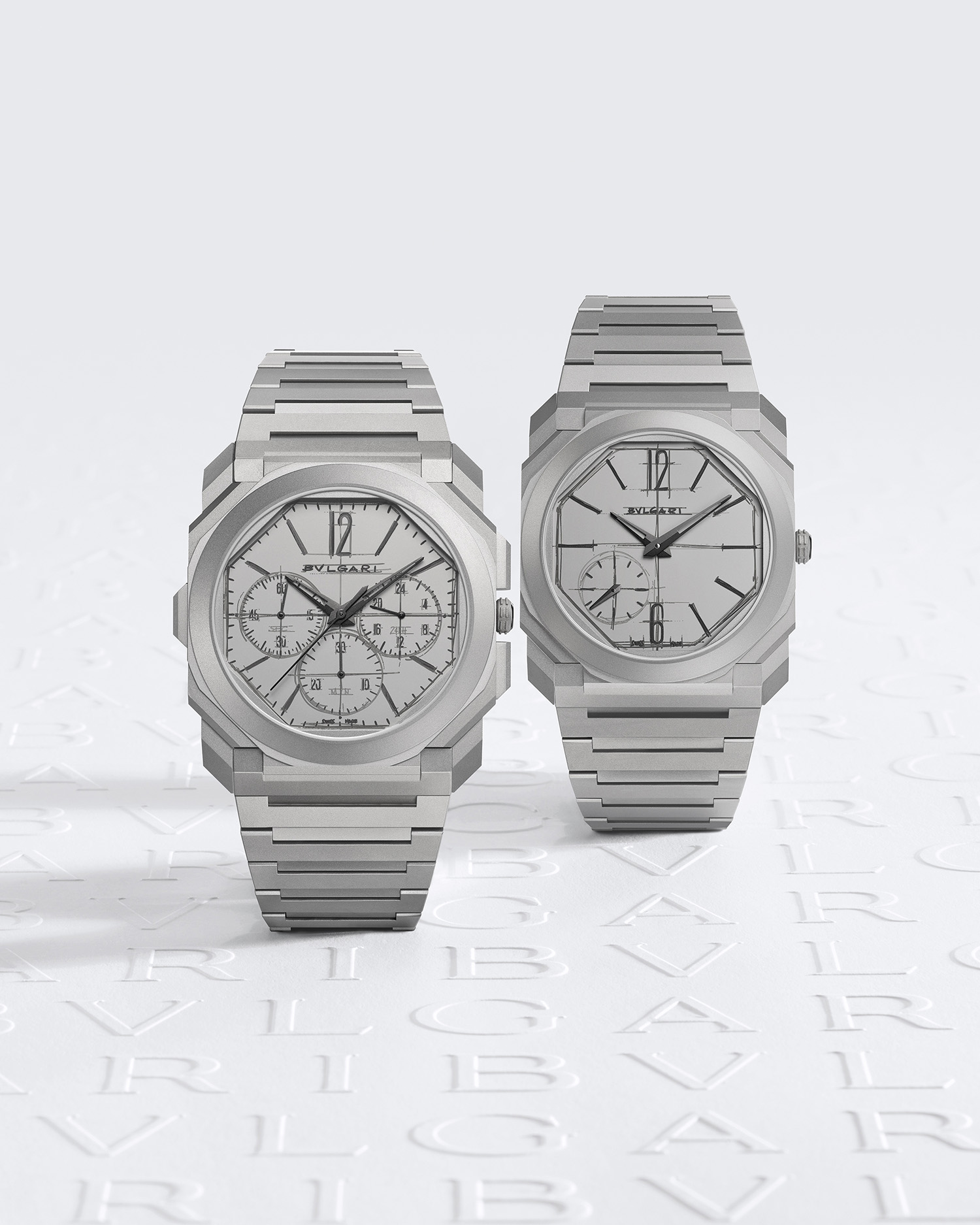 In 2020, citing reasons of spiralling costs, Bulgari quit Baselworld (the world’s most expensive hotel suite is apparently a cost-effective alternative). Yet the records kept coming. In the year that saw Covid-19 force production lines to grind to a halt, Bulgari announced the thinnest ever automatic tourbillon chronograph, followed in 2021 by the thinnest ever perpetual calendar.

“We’ve won awards before,” says Babin, who before joining Bulgari served as president and CEO of TAG Heuer for 13 years. “But never the top award, so it was a crowning event of seven years of dedication and commitment. Externally, it brought a lot of spotlight onto the brand. Internally, it provided a huge motivation. No brand has ever broken so many consecutive records. No brand ever built an icon in just 10 years.”

Hublot might counter that statement, nodding towards its Big Bang. Bell & Ross, too, signalling in the direction of its BR-01. But Babin is right. The Octo Finissimo joins the pantheon of luxury sports watches as a genuinely new—and the Finissimo differentiates itself from Genta’s original Octo just enough to be called “new”—Hall of Famer.

This year marked a decade since the Octo’s relaunch. Naturally, there was speculation as to how Bulgari would mark the occasion. The answer: the Octo Finissimo Ultra—the thinnest mechanical watch, full stop, ever. “This year we are celebrating 10 years of the Octo through a new world record, the eighth world record,” says Babin. “Although, really, we can think of it as the first record of a new generation of ultra-thin watches. This one is markedly different from the first record, not only because it’s three times thinner but because it’s a totally new construction. To achieve it, we had to forget 3D watchmaking and go two-dimensional. This is basically a 2D watch. Take a look,” he says, handing me what looks like a watch made of extra-thick paper. “It’s rather mind-blowing.” And it is.

Employing the watch’s caseback as a mainplate, the Ultra is just 1.8 mm thick —thinner than a 20 cent coin. “The Finissimo has turned watchmaking horizontal,” says Babin. “You don’t have overlapping wheels and pinions inside, everything is on the same plane, including the crown, which is actually a wheel. The hours and minutes are displayed on separate sub-dials. Not just because they look graphically nice, but because we couldn’t have two hands on top of each other—it would have been too thick.”

Ten Finissimo Ultras are being made. On the dial, at 11 o’clock, a mainspring barrel has been laser-engraved with a QR code. Scan it and you’ll be taken to NFT-linked, moving-image artwork that breaks down the watch into building blocks before building it back up again. Sidestepping the question of whether anyone actually wants a QR code on the dial of their watch, the video is pretty cool. Ultra owners will be able to upload the video to a digital art frame and play it on a wall in their homes.

Babin is a businessman. He graduated from Paris’s prestigious HEC business school, before joining Big Three management consultancy firm Boston Consulting Group (by way of the French subsidiary of Procter & Gamble). He joined TAG Heuer in 2000, shortly after it was bought by LVMH.

During our interview, Babin talks about the cash-flow benefits of manufacturing at a faster pace, with less components, than before the pandemic. “We have less working capital, more volume and more sales—which is ideal.” He explains how the plan had been to roll out e-commerce to 80 percent of Bulgari’s markets within three years. Forced by the pandemic, the brand achieved that target in nine months.

Babin is also open in revealing that watch sales still account for less than 20 per cent of Bulgari’s revenue. Mostly, that’s because the jewellery side of the business is incredibly buoyant. “We’ve had constant double-digit growth in jewellery, which has taken us to levels that were never even considered at the time of [LVMH’s] acquisition [in 2011]. Watches have been growing in single digits. All categories—watches, fragrances, accessories—have lost market share to jewellery.”

A week before our meeting, Swatch had collaborated with Omega on a low-cost, quartz version of the latter’s halo product, the Speedmaster. As police were called to control the crowds that had built up outside Swatch stores around the globe, the Bioceramic MoonSwatch usurped the Finissimo Ultra as the most talked-about watch of 2022. I ask Babin what he thought of the collaboration, and whether the buzz generated by the coming together of two polar-opposite watch brands was a good thing for the industry in general?

“For Swatch, it’s been phenomenal. We all saw the queues. Now, if I reason in terms of Bulgari, would I do a collaboration with our B.zero1 [fine jewellery collection]? I’m not sure. As a luxury brand, I’m not sure it’s good to lend your name, your icon, to a brand that costs 20 times less. For right or wrong, I would have resisted. Over my dead body, but maybe I’m just too conservative, maybe I’m just too narrow-minded when it comes to thinking about new luxury.”

Handing back the most futuristic watch I’ve ever seen, I highly doubt that.