Although there are plenty of dive watches on the market that are water-resistant anywhere from 100 metres to 300 metres, there are few humans that can actually plunge deep enough to test their boundaries. The exception is the 25-year-old free diver, Arnaud Jerald, who, for two years in a row, has held the world record for free diving—once in Greece in 2020 at 112 metres) and last year, when he reached 117 metres) in the Bahamas. To put that into perspective, the average human can free dive up to around 20 metres. Beyond 100 metres, each square centimetre of skin has about10.8kg bearing down on it from the pressure. As a result, Jerald is the perfect mascot for Richard Mille’s new dive watch, which was unveiled recently at Les Voiles de St. Barth (The Winds of St. Barth) race around the posh Caribbean island. 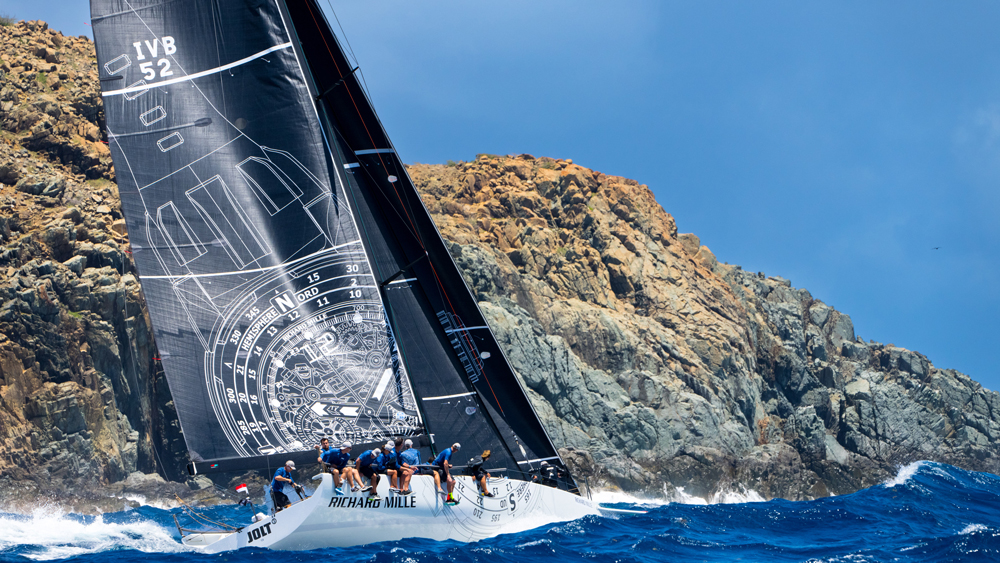 This year marked the 11th edition of the regatta, in which Richard Mille has been involved since 2010 and the title sponsor since 2019. The latest watch to herald the big event is the sizeable RM-032 at 50mm by 17.80mm—a limited-edition version in Caribbean blue that is a derivative of the titanium RM-032 model that Jerald wore on his wrist when he reached 117-metres in the Bahamas.

The new iteration is made from blue and white Quartz TPT (Thin Ply Technology), a material that is, fittingly, often used in sails due to its extreme durability. While the watch wears like a veritable hamburger on the wrist, the combination of Quartz TPT integrated with grade 5 titanium makes for a surprisingly light wear on the wrist. Jerald himself is rather slender, but when we encountered him wearing the new timepiece at Hotel Christopher in St. Barth, it seemed a perfect fit despite the fact that 50 mm watches typically conjure up images of Arnold Schwarzenegger or Richard Mille collaborator Sylvester Stallone’s pumped-up wrists. We even spotted a few women trying on the piece, who seemed to make it work. 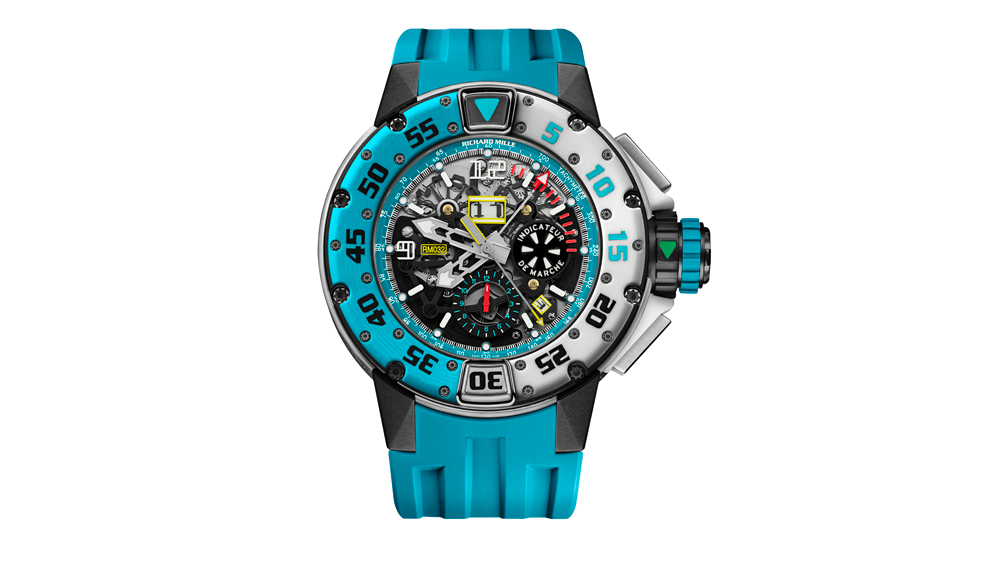 The automatic winding flying chronograph can withstand a pressure of 30 atmospheres (or approximately 300-metres) in accordance with the ISO 6425 standard for dive watches. It comes with lugs, inserts and a caseback that are outfitted in Carbon TPT and includes grade 5 titanium pushers to operate the chronograph and lock the rotating bezel. The caseback sports the seal of Les Voiles de Saint Barth. 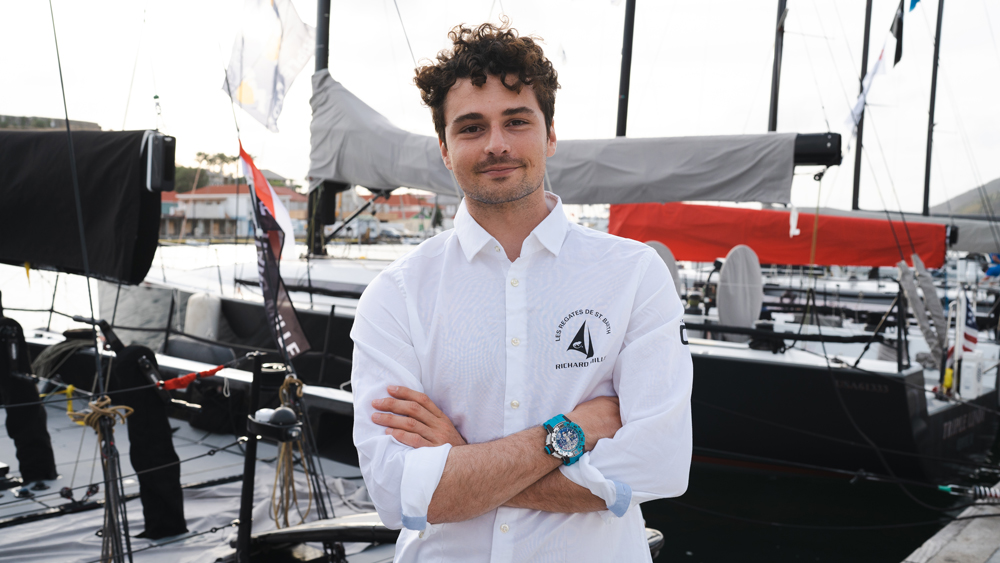 Amanda Mille, Richard Mille’s daughter and the brand and partnerships director for the company, said that from the beginning she was impressed with Jerald’s knowledge of the brand before he became an ambassador. She says the brand is approached by many athletes and while some know some surface knowledge, “when you dig in, they don’t even know what we’re doing.” Jerald, she says, already knew everything about the brand and wanted to wear everything so it was a natural fit. In fact, he had been planning to find the courage to reach out to the brand and says when he achieved his first world record he finally sent Amanda Mille an email. Twenty-four hours later they were on the phone and the partnership took off from there.

But it’s more than a shared appreciation for the technical achievements of the timepieces that brings them together. Time is critical to Jerald’s life when freediving, but he also says that the sport morphs his sense of time. He says he discovered a sort of meditative peace when he began diving after suffering from dyslexia as a young adult and having trouble in school. The sport calmed his mind and made time stand a bit still. “My dive for my last world goal was three and a half minutes and three minutes is like three days for me in my head,” says Jerald. “After that, when I cross the surface, I need sometimes a couple of hours to understand what I lived in the water. It’s like when you wake up in the morning with a big dream…why are you with these people and why are you in this place? You can’t understand it at first.” 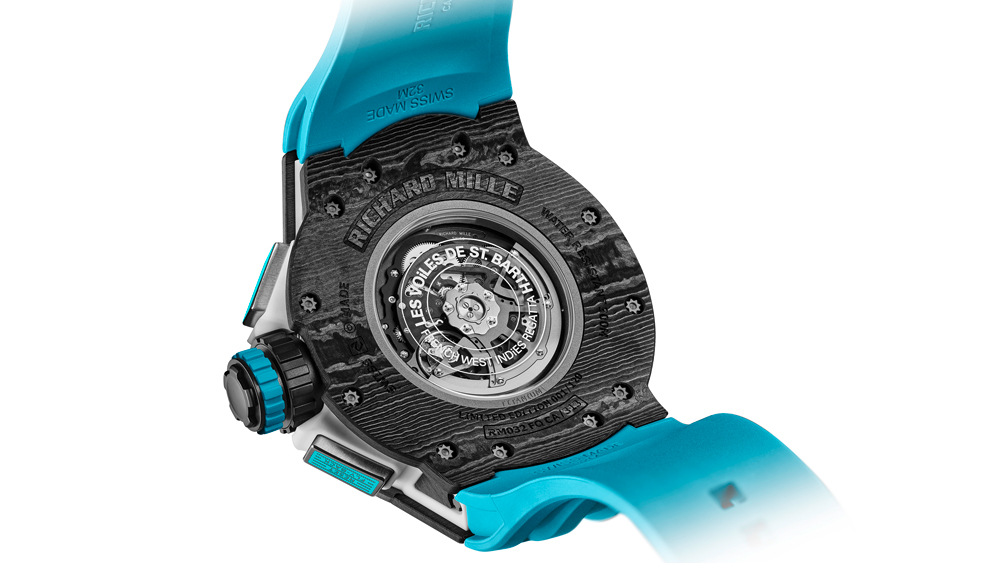 As a top athlete in a very niche sport—one that isn’t at the forefront of brand partnerships—Jerald finds himself in good company with the RM-032 Les Voiles de St. Barth on his wrist. He is now part of a club of Richard Mille sportsmen that includes everyone from golfer Bubba Watson, tennis champion Rafael Nadal and racecar driver Sébastien Loeb, to name a few.