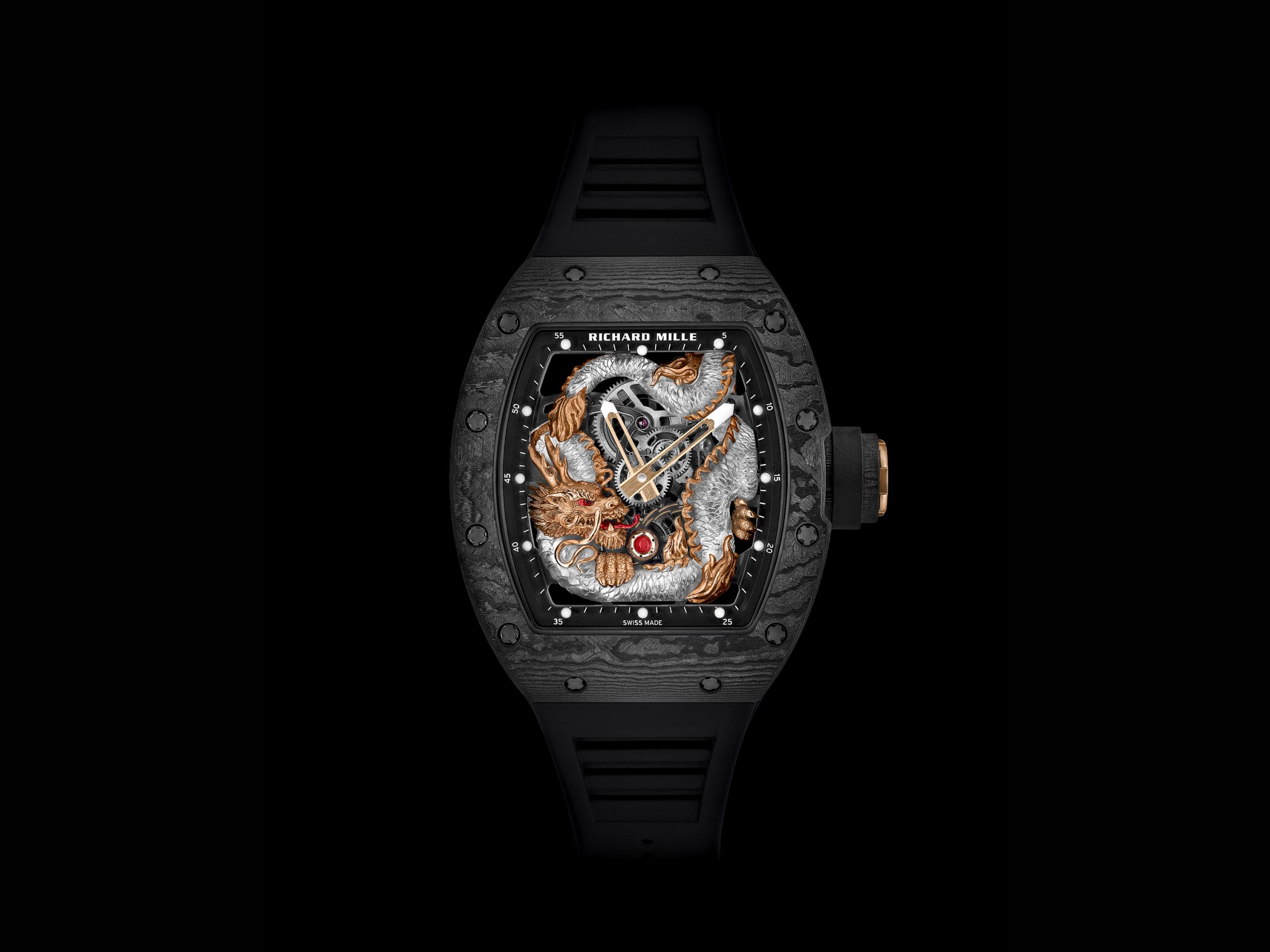 OTT, Yes. But The Latest From Mille Is Another Nod To Incredible Craftsmanship.

The world of watches has a penchant for the inconceivable – a boastful one-of-few masterpiece that yells from the wrist.

Enter Richard Mille – a name and brand long associated with the creation of the ostentatious and the unfathomable… and its new RM 57-03 Tourbillon Sapphire Dragon is no exception.

Sitting central to the watch’s design is a dragon, which has been meticulously sculpted from a single block of sapphire that encircles the manually-wound tourbillon calibre inside the 42.7mm case. The dragon is a figure loaded with mythical subtext especially in the eastern hemisphere, however here it acts as a symbol of perseverance and success, with the head and feet carved from red gold to contrast the sapphire and accentuate its texture.

Of the offered 55 pieces (read: super exclusive), only five come with sapphire cases. While such cases are generally ground, here the technique was set aside in favour of laser micro-cutting, performed using a machine specific to this project.

Other (frankly ridiculous) details include the methods involved in crafting the dragon. In order to engrave the beast, Olivier Vaucher and his teams developed a new hand-polishing technique to enhance the natural transparency of the sapphire.

Of course, this is before you get to the refined and utterly complicated mechanism of the RM 57-03’s calibre, which has been skeletonised to reveal a minimalist baseplate, giving a new perspective to the movement and its intricate gearing system.