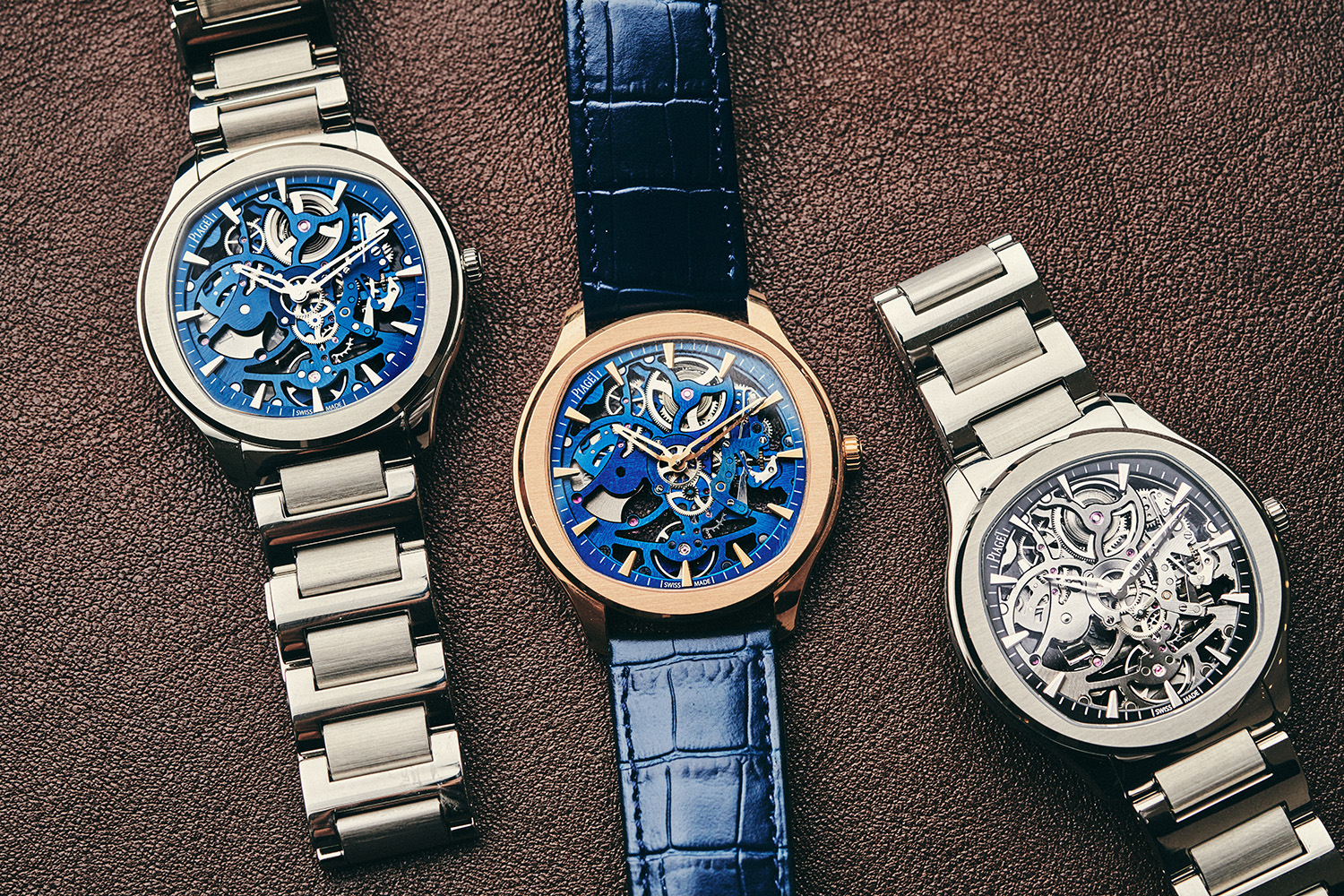 Relationships, digitisation and exemplary craftsmanship— Piaget rides out of the pandemic in (slimline) style.

For the past year, Chabi Nouri’s number one priority has been maintaining contact with her existing clients.

“Sure, it’s been a difficult time in which to plan ahead,” says the Piaget CEO, in reference to a global pandemic which has delayed product launches and forced many stores to close, “but it’s also been a very interesting time. It’s certainly been interesting to see how fast the digital world has taken over. Luckily, we got into this world super early, so it was easy for us to adjust.”

At the time of speaking to Nouri, the first virtual Watches & Wonders has just closed. And while she would have preferred to have shown off Piaget’s latest creations in person, she believes the metrics released by the fair’s organiser’s—almost 110,000 unique users on watchesandwonders.com; some 360,000 posts featuring the hashtag #watchesandwonders2021—clearly speak for themselves.

“Physical contact is definitely needed in our industry to really understand our products, but technology has improved so much that we now have so many tools at our disposal. Our online penetration has been tremendous in its acceleration. It’s proved that you can keep contact with your partners, you can acquire new clients, and you can demonstrate high-end watches
via pictures and video.”

Piaget got a digital headstart on most of Switzerland’s prestigious watch brands by embracing e-commerce in China as far back as 2012. Appointed CEO in April 2017—the first female chief executive within Richemont’s various watch and jewellery brands—one of Nouri’s first acts was to launch Piaget’s own e-commerce platform in the United States. Not long after, Piaget became the first hard-luxury maison available through both Net-A-Porter and Mr Porter, partnerships that helped create an online footprint that’s paid dividends over the previous 12 months.

“Online sales have absolutely exploded,” says Nouri. “Boutiques have been closed and people have had the convenience of going online—this has been the case not just on our own website but with all our e-commerce partners. It shows that we’ve been able to continue the relationship with our consumers.”

Today, Piaget’s men’s offering is firmly anchored to a brace of collections: the brawny, go-anywhere Polo sports watch—relaunched in 2016 after a hiatus of almost 40 years—and the Altiplano, with which Piaget (usually) chooses to display its panache for manufacturing mind-bogglingly slim in-house movements. Both collections were updated during this year’s Watches & Wonders event.

This time around, however, the slimline treatment wasn’t reserved solely for the Altiplano. Back in January, Piaget debuted the Polo Skeleton, a timepiece that’s 30 per cent thinner than the next leanest Polo. Refiguring a propriety movement to accommodate an off-centred micro-rotor, Piaget was able to trim down its automatic 1200S calibre to a thickness of just 2.4mm. The watch’s 42mm case now measures only 6.5mm deep. At Watches & Wonders in April, the curtain was raised on four more Polo Skeleton models; one in rose gold, one in white gold, and two high-jewellery pieces encrusted in varying degrees of diamonds.

If the idea of a movement measuring 2.4mm thick strikes you as impressive—and it should—hear this: in 2018, Piaget unveiled a timepiece whose entire girth—movement, case, bezel and all—amounted to a bewildering 2mm in total. The Altiplano Ultimate Concept, officially the world’s thinnest mechanical watch, has since entered production. Its latest iteration, the Le Cote Aux Fees Edition, uses pioneering technology to layer the watch’s bridges in a verdant forest-green atomic coating— a nod to the trees that surround the brand’s workshop in La Côte-aux-Fées.

Typically, such watches would be launched with the help of an army of A-listers. At Salon de Haute Horlogerie 2018, the Geneva-based event that would be rebranded as Watches & Wonders last year, Robb Report attended a press conference in which Nouri introduced Ryan Reynolds and supermodel Doutzen Kroes. A year later, we sat across a table from actor Michael B. Jordan at a gala dinner attended by fellow Piaget ambassador Hu Ge and “Friend of the Maison” Olivia Palermo.

The “Piaget Society” remains an integral part of the watchmaker’s communication strategy. This year, though, the brand had to rely on pushing press shots of Jordan, Palermo and Dutch DJ/producer Shiva Safai Houweling on social media— a tool, like other digital instruments, Nouri is only too ready to embrace.

“The great thing about social media is that we get to see exactly how people are engaging and commenting, what people are thinking. It gives the watch community another platform to talk to each other. It’s not something we are afraid of, on the contrary.”

Periods of adversity, history has shown us, are routinely followed by bouts of prosperity. With trend forecasters predicting a new version of the Roaring Twenties—as many look to spend the savings accrued during lockdown— is Nouri anticipating an imminent post-pandemic sales bonanza?

“I don’t know about that,” Piaget’s commander-in-chief smiles, “but I’d certainly be happy to party like it was the Roaring Twenties!”

Robb Report will see you on the dancefloor.