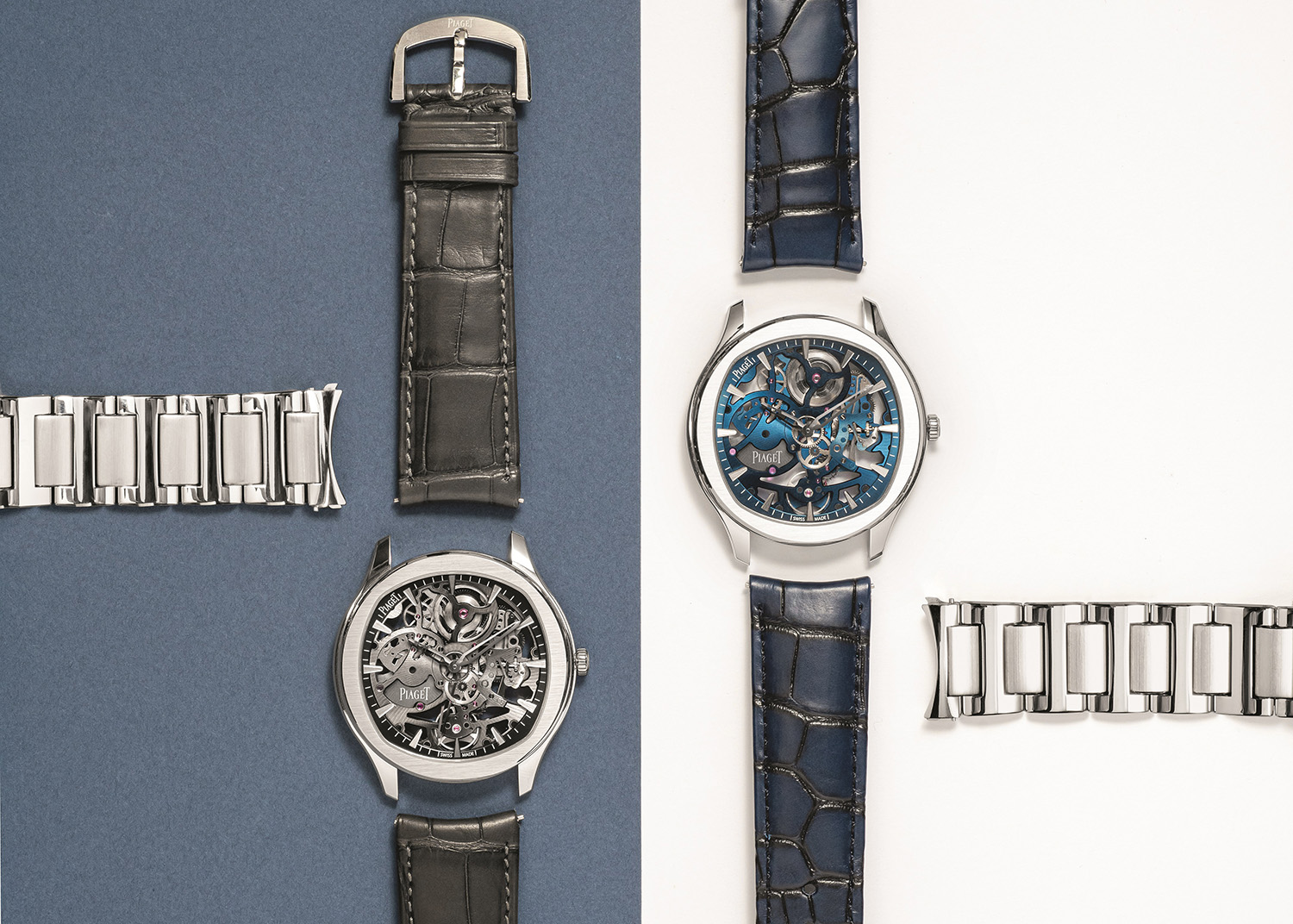 How the acclaimed Swiss manufacture continues to grow on a legacy built on elegance and incredible innovation.

Let’s talk about Piaget. Because there’s a lot to be said about the luxury Swiss watchmaker (and jeweller) that has long been held aloft for what are innovative and ground-breaking horological statements.

Founded in 1874 in La Côte-aux-Fées, Switzerland, by Georges Piaget – a humble farmer who handcrafted pocket watches in his spare time to supplement his income – in the many decades since, Piaget has come to pioneer and deliver some of the industry’s greatest pieces.

Iconically, Piaget has been proficient in the art of all things ‘ultra-thin’ since 1957 and the creation of Calibre 9P — the first ultra-thin mechanical movement at just 2mm, which was later housed in its iconic Emperador watch. By 1960, Piaget had established itself as the leader in ultra-thin movements with the arrival of the world’s thinnest automatic movement in Calibre 12P and the hand-wound Calibre 9P (made famous by the launch of the Altiplano, which, to this day, is a by-word that reprints the watch world’s ultra-thin category). It was these advancements that leveraged the brand within an emerging social class of the era — one of wealth, luxury and elegance.

Perhaps no watch is more enduring as a sporting icon than the Piaget Polo. Its 1979 launch captured the zeitgeist of the era and as it unfurled into the 80s — the Polo of immediate appeal to an elevated, largely American audience breaking from outdated design codes and opting for a symbol of modern luxury and desirability. Piaget accommodated this notion in a way that would become historically celebrated — a watch that would become a legend. 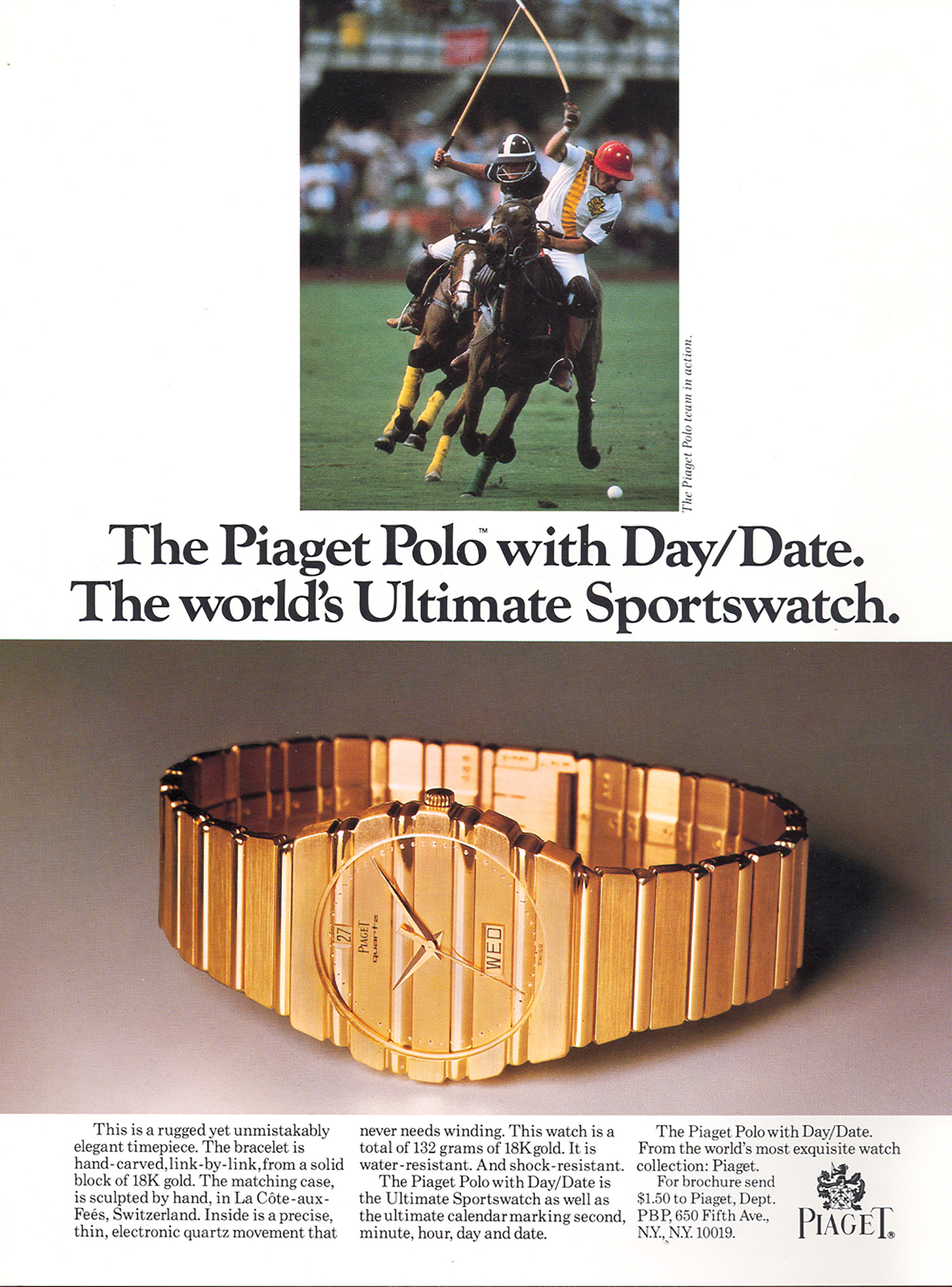 Yves G. Piaget is to thank for the Polo. A member of the high-society – and fourth-generation within the family – the Polo was his answer for American aristocrats looking to adopt an accessory with a point of difference. Piaget famously proclaimed “this is a watch bracelet rather than a mere wristwatch,” with its instant success framed by a recognisable design, perfect integration of case and bracelet and elegance above all else. It was a timepiece for both men and women and its appeal to the affluent was immediate. Bjorn Borg and Mariana Simionescu purchased pieces to affirm their love; Andy Warhol notoriously had two in his collection; Sammy Davis Jr was another notable admirer.

The Polo made up a third of Piaget’s watch sales in the months and years after its release and today stands as a rival to some of the most coveted releases in the sporting category of that era — think Patek Philippe’s ‘Nautilus’ or Audemars Piguet’s ‘Royal Oak’ (to name but two). It’s why the Polo presents as a watch of serious contention and one that most collectors either own or envision securing in the future. 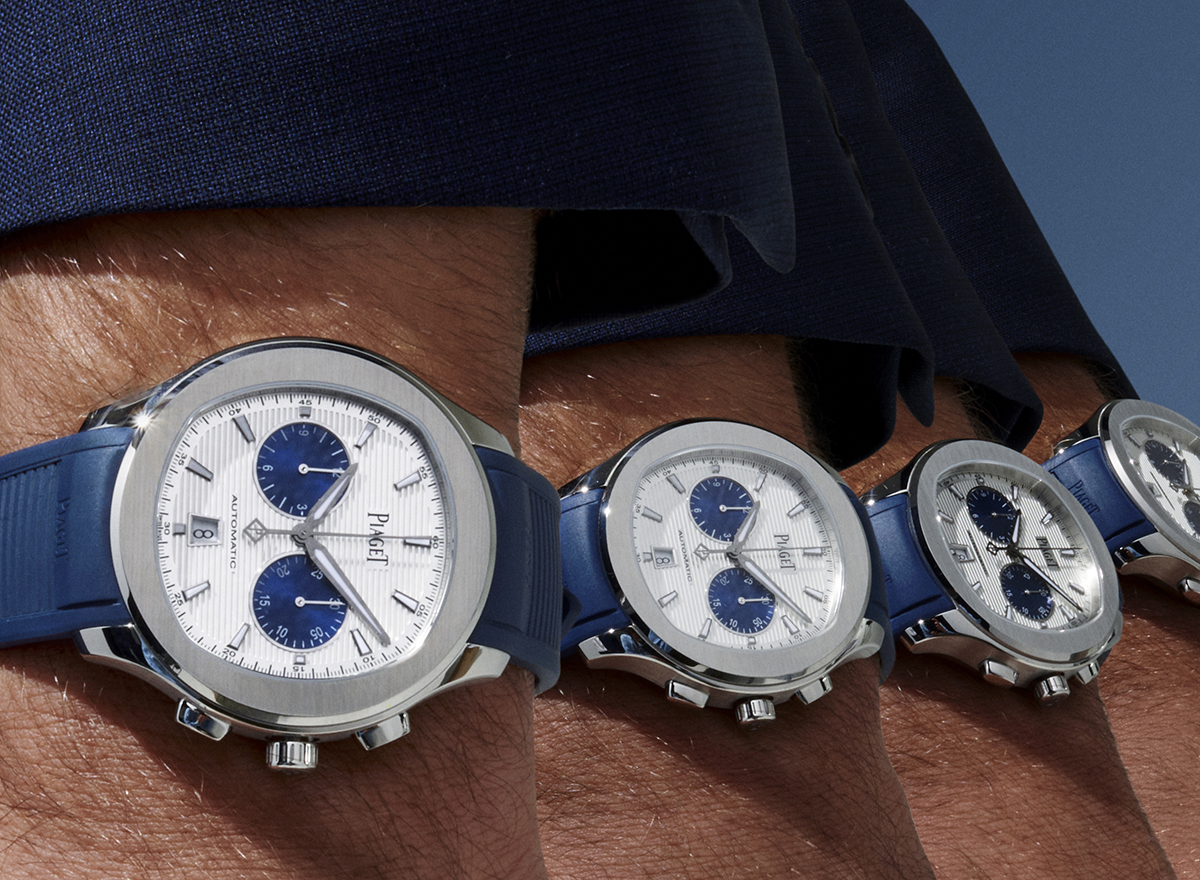 The subsequent aesthetic iterations of the Polo in the years following launch never strayed too far from that original design — a work not altered to accommodate trends. That irked some collectors — at least until 2016 when the Polo collection received contemporary updates with the introduction of a time/date Polo and also Polo Chronograph.

While consistently harnessing Piaget’s DNA of ultra-thins, it was earlier this year that the collection took a further step forward with the introduction of the incredibly alluring ultra-thin Skeleton models — an awe-inspiring design that furthered the Piaget narrative in regards to splendour, acute levels of innovation and wondrous craftsmanship.

The Piaget Polo Skeleton range was further enhanced with four new iterations in 18-carat gold cases, with Piaget notably taking full advantage of its in-house foundry – one of few manufactures to be able to do so. The four new models include rose gold, white gold with a diamond-set bezel, and two fully ‘iced out’ versions that are set with up to 573 diamonds. 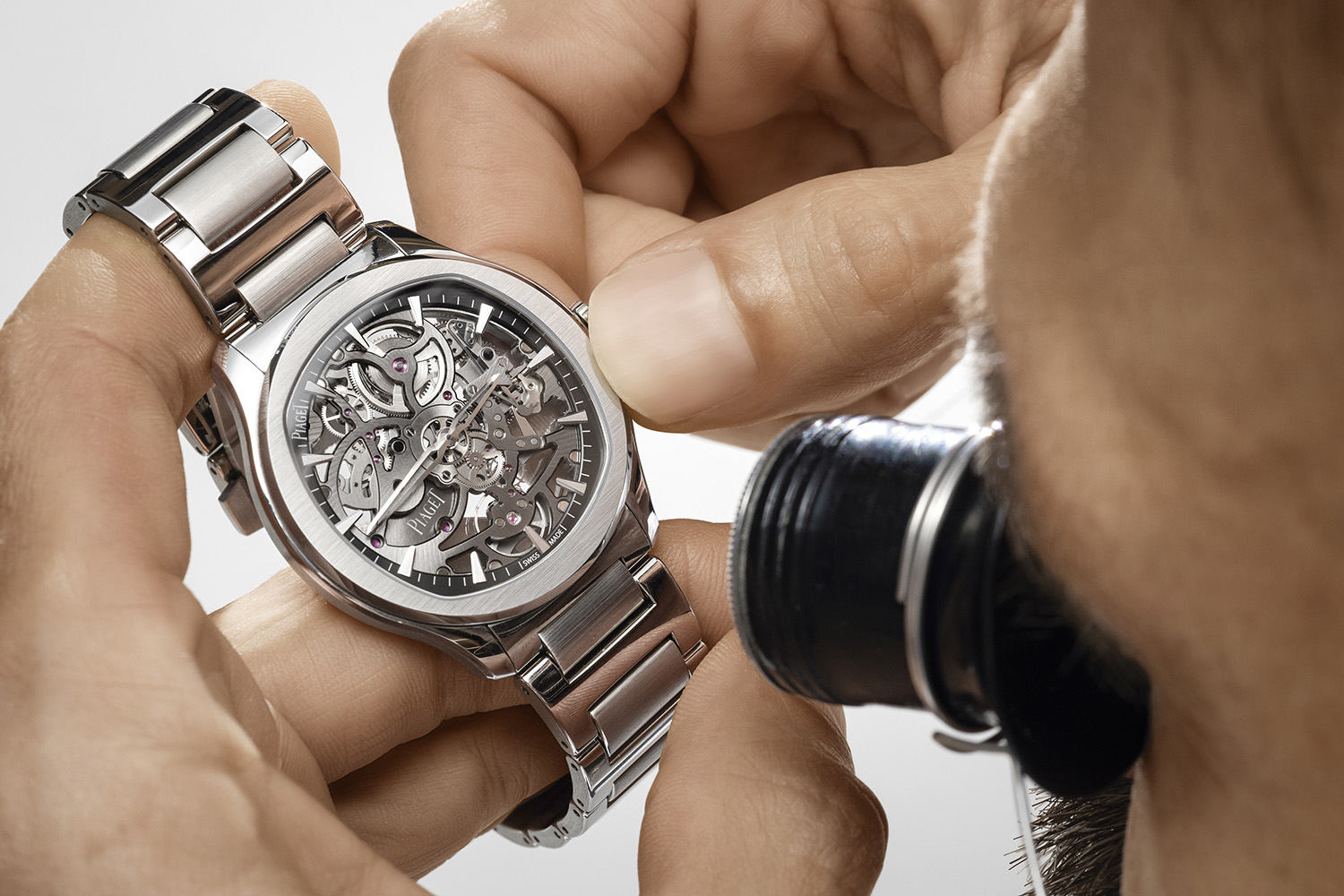 Today, Piaget deftly manages to float between the high jewellery and exceptional Swiss watching, steering a fascinating juxtaposition that harmoniously comes together to form a formidable luxury brand. And while the Polo collection may be a little easier to come by compared to some of its historical counterparts, there’s simply no denying the impact this original model has had on the industry.