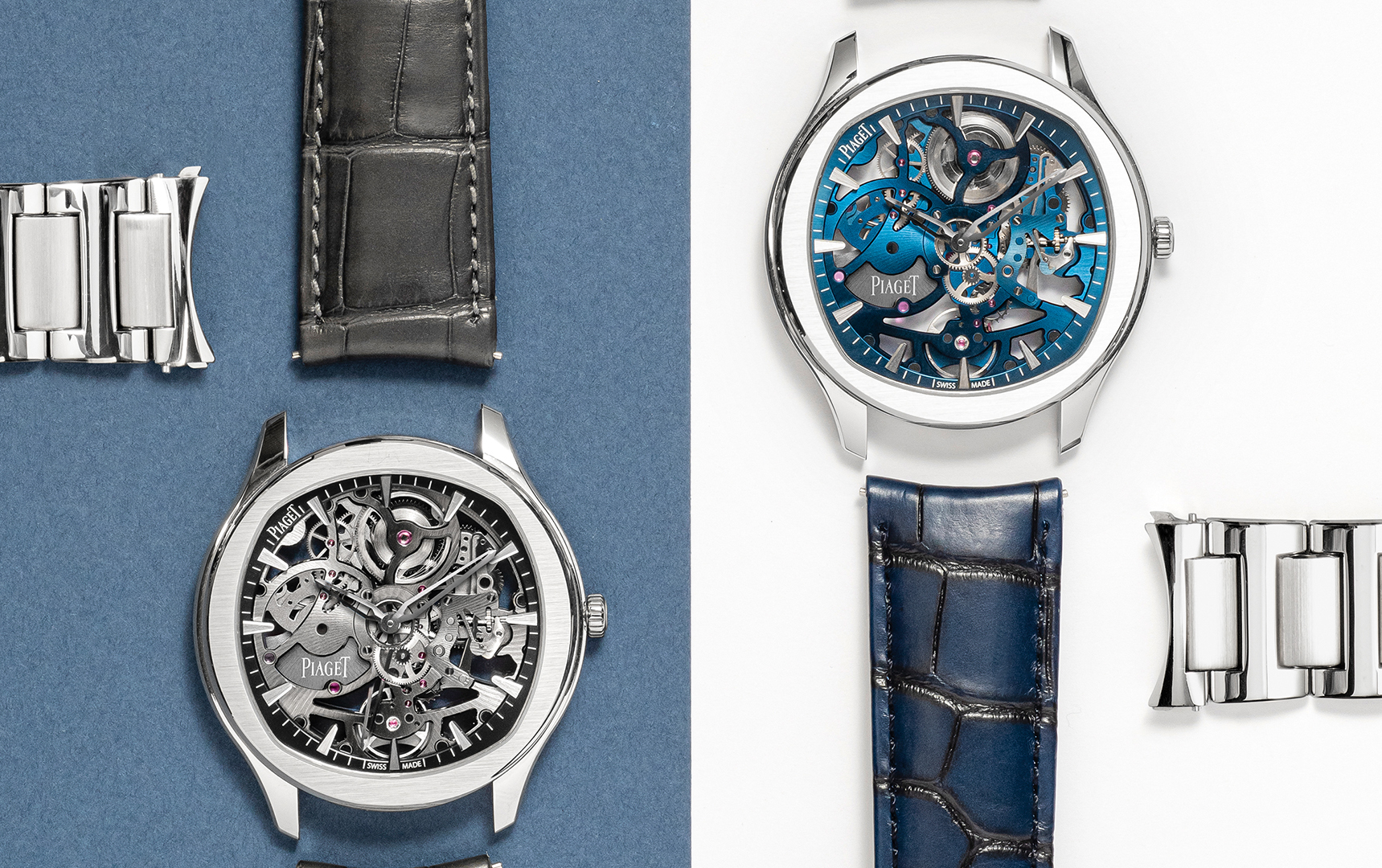 The Swiss manufacture goes thinner again with its latest timepiece.

The world of sport watches is getting more complicated by the minute, and Piaget’s Polo Skeleton watch is no exception.

However, what the Polo Skeleton offers is an alternative. The Gérald Genta inspired timepiece has long been the ‘other’ in a busy field of sports watches, and while it certainly has its supporters – built on the back of Piaget’s meticulously build quality and the timepiece’s sleek styling – its latest offering makes for a dramatic openworked addition to the range.

Utilising the same 42mm steel case of the Polo line, the skeleton watch arrives at an astonishingly svelte 6.5mm thick, down from an already thin 9.4mm of the Polo S. Impressive, yet not surprising from the manufacture with the current thinnest calibre in the world in the Piaget Altiplano. Although the extra thin build comes at the expense of water resistance, down to 30-metres from the previous Polo’s 100-metre capabilities. 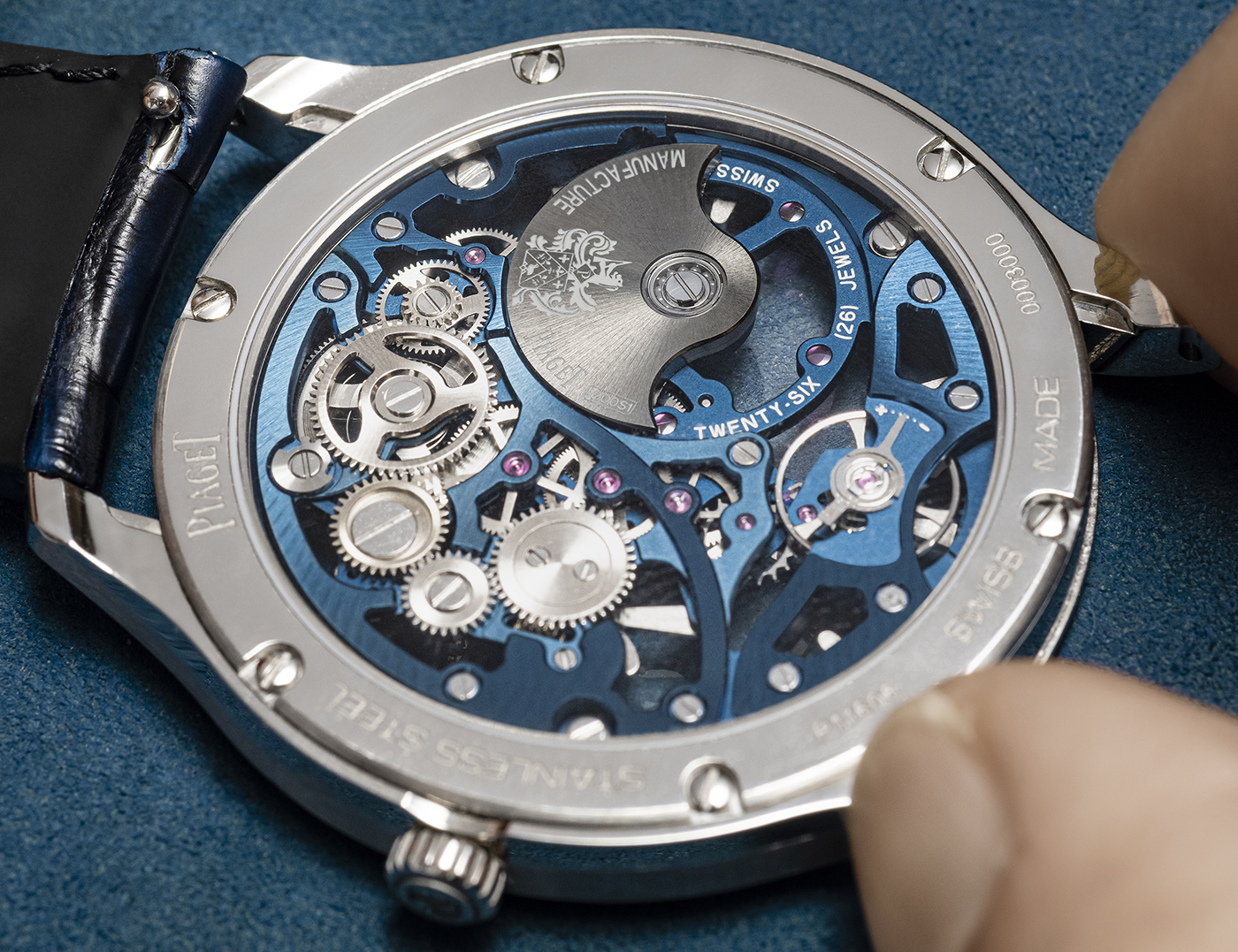 The Piaget Polo Skeleton sees the openworked design arrives in both graphite grey and a dynamic cobalt blue and detailed in a number of satin brushing and radial finishes that give the timepiece a sense of uniqueness in the market. Further elevating the watch is Piaget’s dial layout in which the nameplate utilises the mainspring barrel, balance wheel, escapement, gear train and signed microrotor within the space, merging together dial and movement.

Naturally, the timepiece uses an in-house build movement, with the watch acting as a testbed for its new 1200S1 microrotor automatic skeleton movement – which offers a 44-hour power reserve. 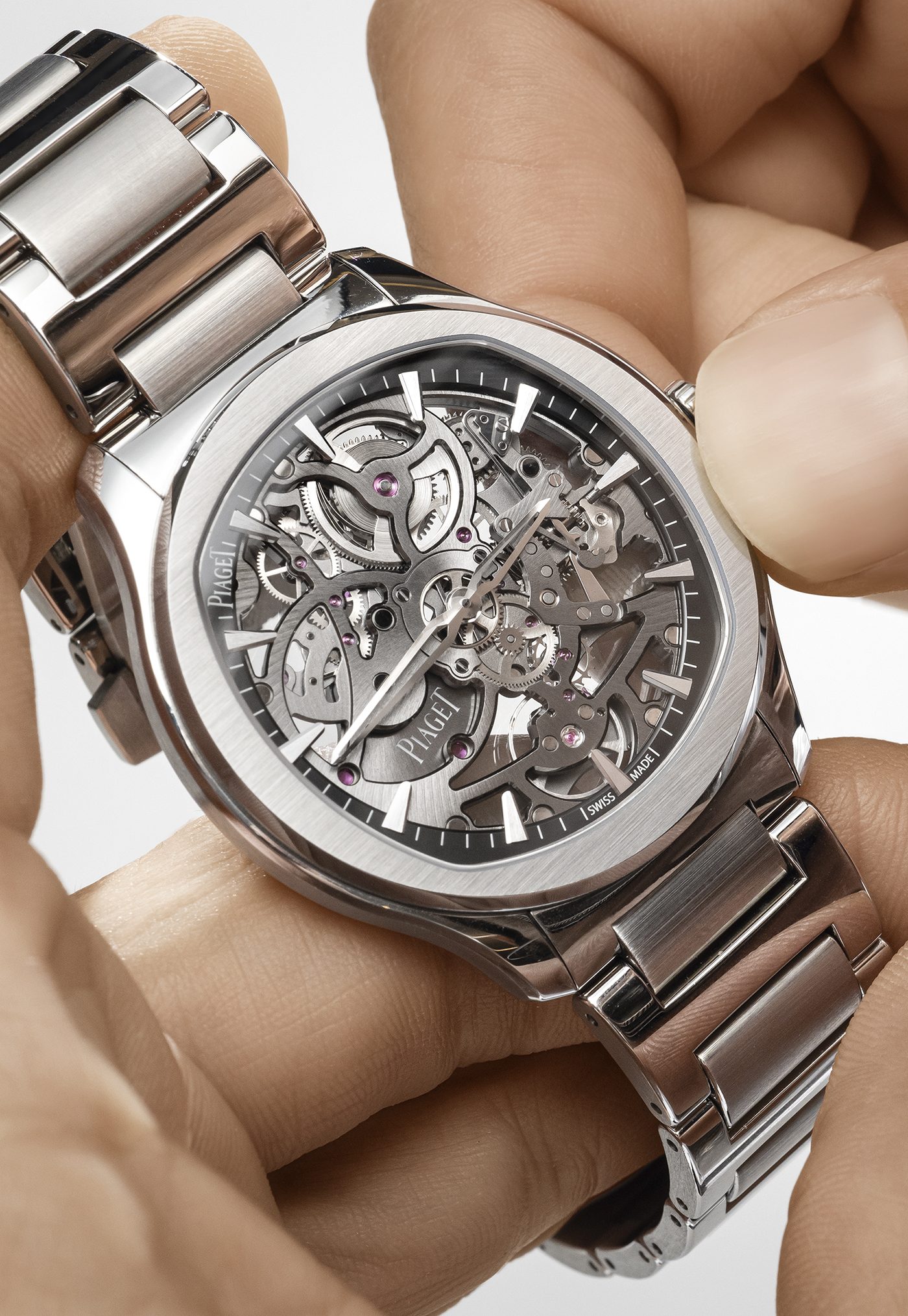 A number of strap options are available including the Polo’s mirror polished h-link bracelet – in stainless steel – alongside alligator leather straps matching the respective dial colours.