When the various elements of a watch are masterfully integrated, the resulting elegance can belie the spectacle of the individual components. Case in point: The Grain d’Orge guilloché dial on the Parmigiani Fleurier Toric Heritage meets the highest horological standards, yet the matte blue finish undersells the mastery you’ll see with a loupe. You also might miss the precision-cut edges of the applied Arabic numerals, which tend to hide until the light catches them just so. Perhaps you’ll overlook the perfect polishing of the coin-edge bezel because it so easily integrates with the dial. This understated elegance is refreshingly traditional, especially for a 42mm watch.

The Toric Heritage, which is limited to just 70 pieces (approx. $23,870) was created in celebration the 70th birthday of Michael Parmigiani, a master of horological arts who began his old-school watchmaking studies as a teenager—a practice still in play at some of Switzerland’s best maisons. It’s suitable, then, that Parmigiani’s septuagenarian watch is understated and traditional while also serving as a celebration of the firm’s prowess. 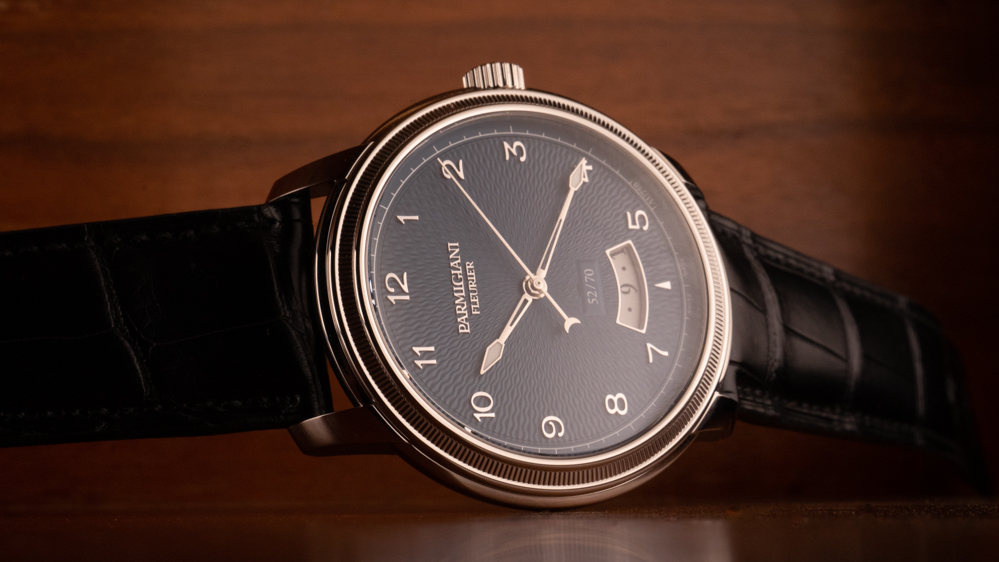 Fortunately, the Toric Heritage wears much more like a 40mm, due mostly to the carefully considered lugs, which dive purposefully down toward the wrist without looking truncated. This delicate balance is rarer than one may realize, as many larger dress watches appear rather stout in their attempts to keep vertical measurements reasonable. Despite its broad diameter, the Toric Heritage is going to suit wrists of many sizes and shapes.

The wide-body date window may oversell the complication a bit, but the execution is impeccable. The frame around the date aperture is flawlessly cut and mounted, and as an obsessive connoisseur of date-window frames, I wholeheartedly approve. The red numeral ‘1’ on the date wheel distinguishes it from the ‘31’ preceding it, and the red lends the timepiece a little visual lift every month. 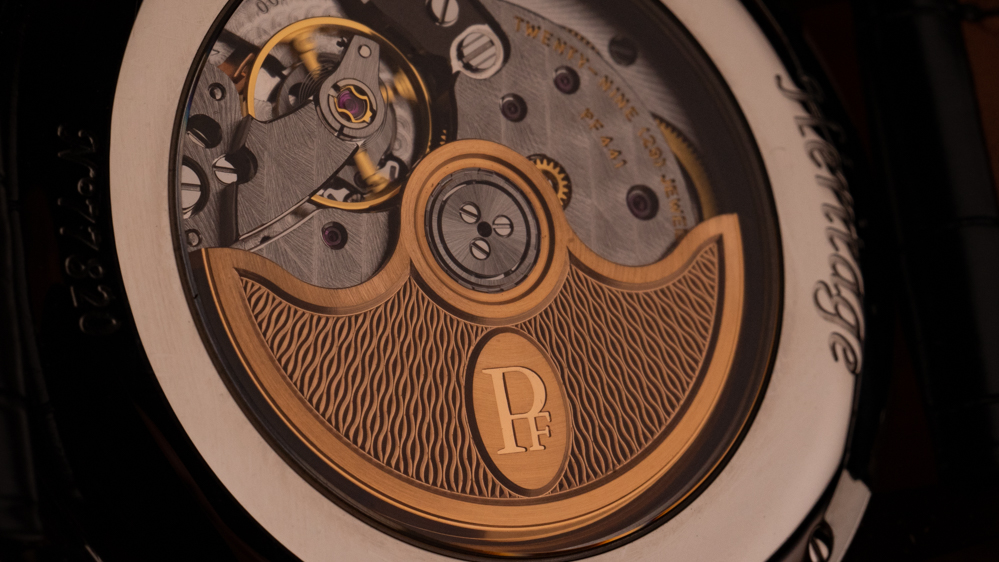 Inside, the movement is a thing of beauty, and fans of traditional watchmaking will be thrilled to know that the Toric Heritage is made entirely in-house, right down to the screws. Parmigiani runs five production shops in order to keep it all in-house, an increasingly rare way of operating these days. The auto-winding rotor in gold is engraved to echo the dial, and the exposed bridges are decorated and finished with the quality one would expect from watches costing far more. It’s truly a flawless execution, and the caseback window is a must for a movement this pretty. 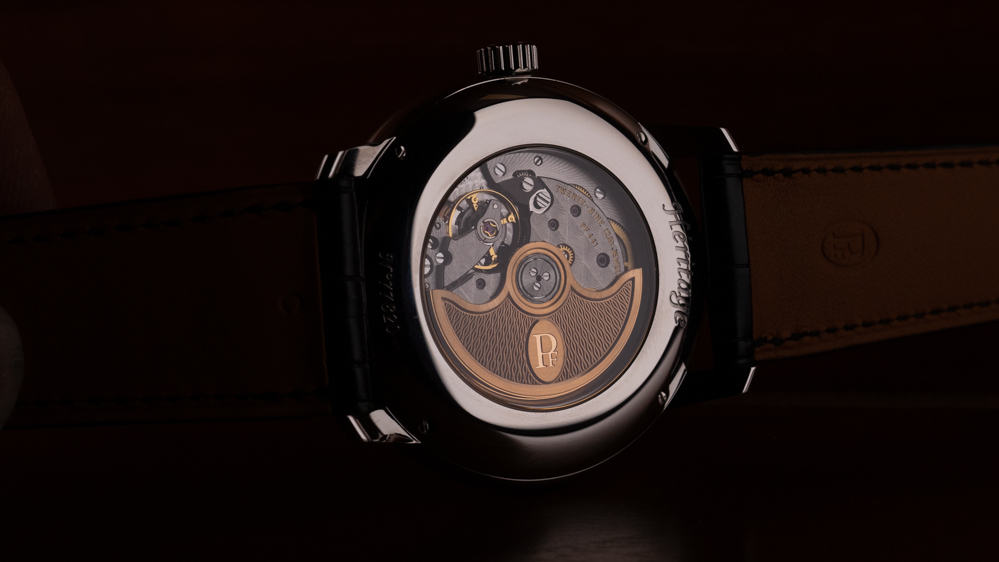 While limited editions abound today—perhaps to the extent of diminishing the specialness of such offerings—the 70th birthday of the watchmaker is a legitimate milestone to celebrate, and the number of watches is naturally derived. The celebration itself feels as classy as the watch, and for those seeking an understated dress watch in a larger case, the Toric Heritage fills what turns out to be a rather surprisingly small niche. As with all Parmigiani watches, the quality will set this watch on level with the very best Swiss watchmakers, and it will hold its own under the loupe as well.