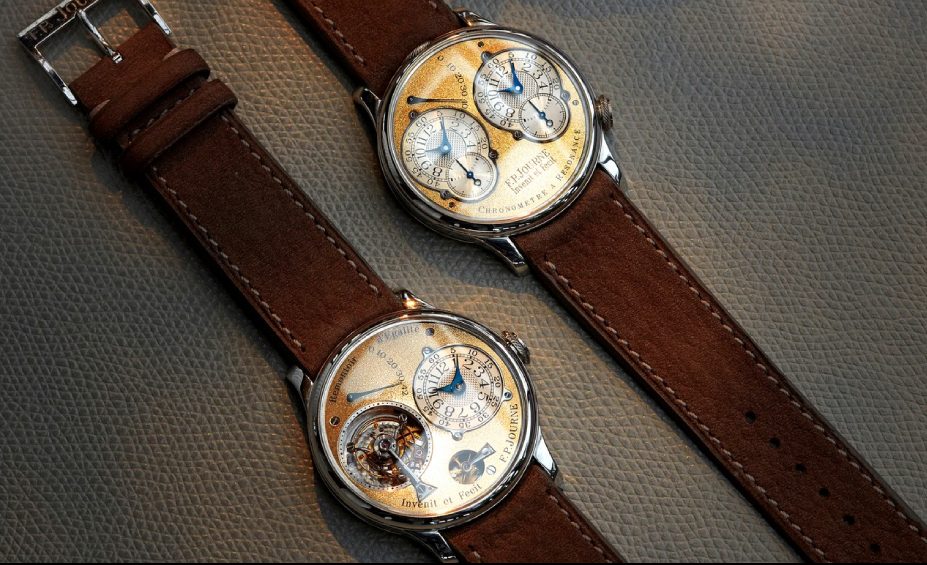 The timepieces are some of the earliest produced by the venerable Swiss brand.

F.P. Journe has a reputation for setting a new standard with each of its releases, which means getting your hands on the especially pivotal timepieces is that much more momentous. For fans of the venerable Swiss firm, a new sale of two rare models is no different.

The luxury consignment website A Collected Man recently acquired F.P. Journe’s “Pre-Souscription” Chronomètre à Résonance and Tourbillon Souverain 99T, which were both produced in incredibly limited runs. Not only that, they were made during the watchmaker’s earliest years (the brand was founded in 1999 by François-Paul Journe), making them some of the brand’s most collectible pieces—no small feat.

Both were developed for the American market and have characteristics only found on the brand’s earliest designs, like the shimmering dials and hand-applied engravings across the case backs. The initial dial configurations, in particular, exemplify F.P. Journe’s quality; the watchmaker’s work is so intimate that you can even see evidence of his hand at an angle. 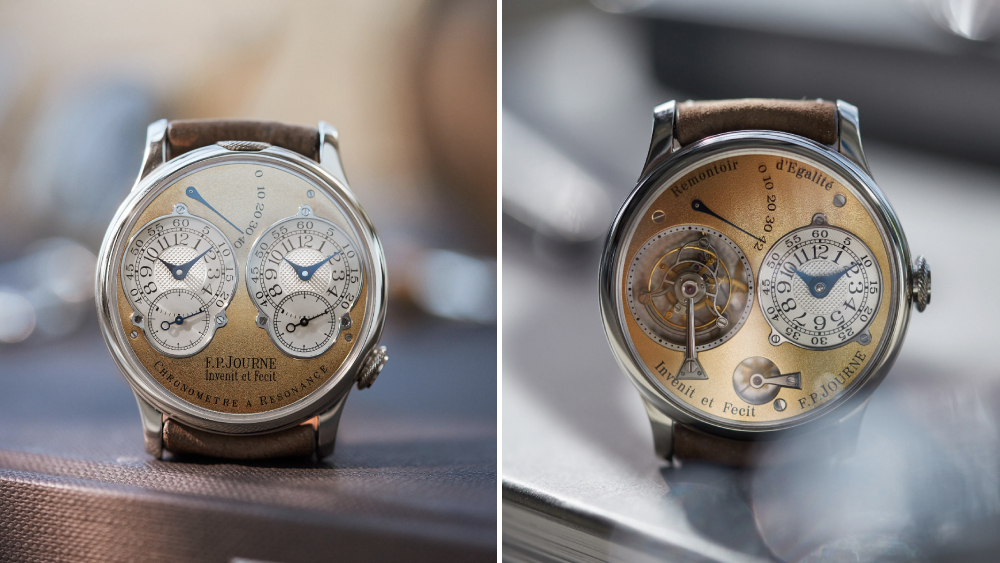 Made in 2000, the “Pre-Souscription” Chronomètre à Résonance gets it modifier because François-Paul had already reserved numbers one through 20 of the limited-edition watch for clients who had purchased the Souscription Tourbillon––the model that allowed the watchmaker to launch his eponymous line. However, a select few watches had already been produced. With a serial number below 45, this example is believed to be one of the first 25 Résonance watches ever crafted or sold and features nascent signatures like shallow hand-engravings that contrast with later, deeper laser-etched versions and two-tone subdials. The dial features stand out beautifully thanks to a glistening, textured yellow gold foundation.

Crafted just a year before in 1999 (the year the brand got off the ground), the Tourbillon Souverain 99T, also known as the Souscription Tourbillon, has a mirror-like reflective surface and textured finish plus a “99T” marking along the back to indicate its origin. Though it retains the same hand-finished quality as the Résonance, the maker employed a layer of clear lacquer to give it a shinier look that also makes the dial text appear to float. Most examples of this model were originally manufactured between 2001 and 2003, so having such an early example makes for a rare find and a piece of brand history, as it was F.P. Journe’s introductory watch.

The “Pre-Souscription” Chronomètre à Résonance is available for $1,060,000 while the Tourbillon Souverain 99T will set you back $1,114,000. Visit A Collected Man for more information.