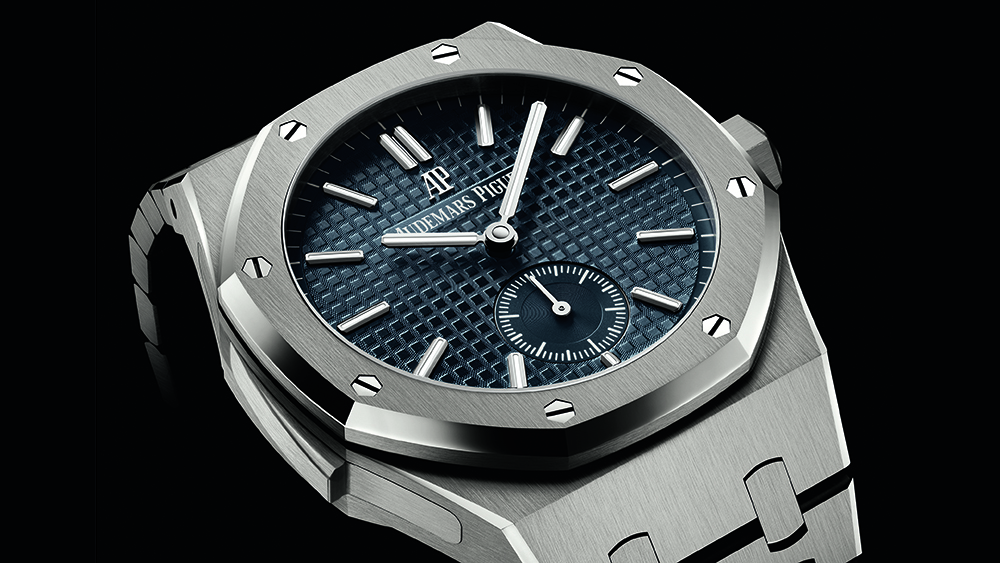 Best to put your order in quickly.

In every sector of design, there are those pieces that stand apart as true innovators, the ones which suddenly make everything that came before seem just a bit stale in comparison. Audemars Piguet’s Royal Oak watch was one of those renegades when it was released in 1972, and the venerable Swiss watchmaker is preparing to launch an updated Supersonnerie version of its trademark timepiece.

Limited to a scant 20 pieces, this limited-edition run takes the classic steel-encased model and adds a unique aural touch. Audemars Piguet, like many firms of its caliber, was around long before electrical components were implemented in watches. This made it extremely difficult to tell the time after dark or in low-light conditions. The solution? An engineering feat that also gave this new take its name.

Utilising proprietary technology, Audemars Piguet constructed the Supersonnerie, activated by an ingenious lever on the left side of the case. Pressing it produces sounds from the carefully calibrated gongs and chimes in the movement meant to designate the hour and minute. The sound is funnelled through ports across the watch’s back, which makes it loud enough to hear.

The original Royal Oak and its latest incarnation share a unique octagonal bezel attached with eight hexagonal screws for a handsome, streamlined study in geometry. This, along with its signature grid-like face (referred to as tapisserie by the brand), distinguishes it from the other legendary timepieces on the market. But don’t think it’s without an equally impressive battery of functions. Kept running by the AP caliber 2959, it also has 72 hours of power in reserve and remains water-resistant at up to 20 meters.

The Supersonnerie’s price is only available upon request, but the classic self-winding version currently goes for around $35,000. Considering its cult status and scarcity, you’ll want to reach out to your local authorised dealer now if you want to own one for yourself.