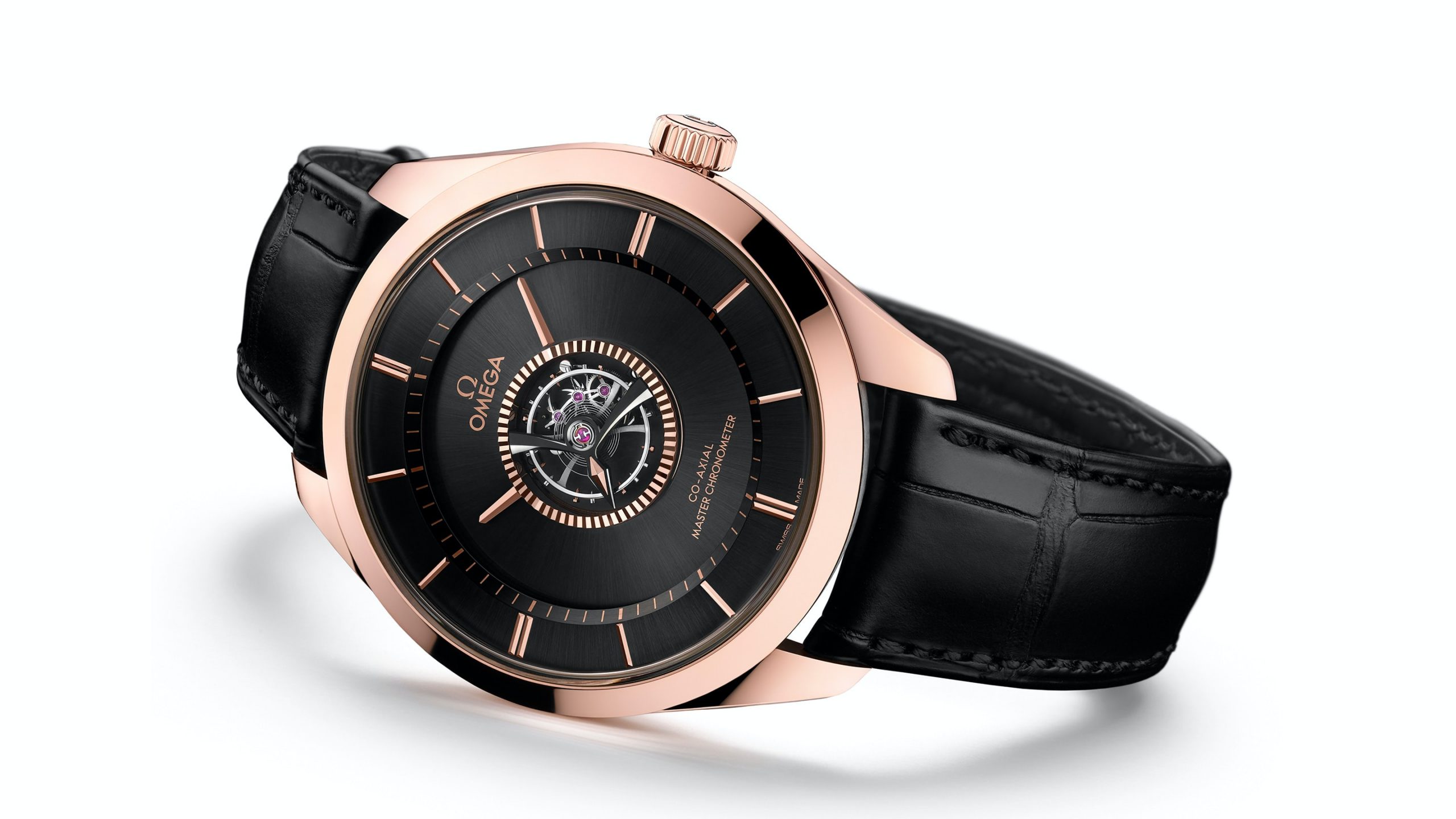 Although the new tourbillon timepiece isn’t a limited edition, you can expect it to be limited in production.

First patented 219 years ago on June 26 in 1801 by Abraham-Louis Breguet, the tourbillon was conceived to compensate for the effects of gravity in a pocket watch’s varying flat and vertical positions. Nowadays, in wristwatches, it is considered a horological flourish—no longer essential to precision timekeeping. But despite the fact that they are costly, time-consuming to make, and, practically speaking, useless in modern watchmaking, it continues to captivate watch collectors for its visual showmanship. Year after year, watchmakers turn out new visions for the complication, and today Omega announced the first Master Chronometer certified manual-winding central tourbillon with a co-axial escapement in its approx. $240,000 De Ville Tourbillon Numbered Edition.

Crafted in the brand’s Cellule Haut de Gamme atelier in Biel, Switzerland, where its high-end watchmaking takes form, the new De Ville is also notable for its resistance to magnetic fields of up to 15,000 gauss. For reference, that means that you could put the watch through an MRI scan, and while you may not come out unscathed your watch will. Your laptop, iPhone and even automatic doors can affect the performance of a mechanical watch—all of which the new De Ville is built to withstand. Other watches, like Rolex’s Milgauss (as its name suggests), are built to withstand magnetic fields of this magnitude but Omega’s is significant in that even its delicate tourbillon, set to a speed of one revolution per minute to allow a seconds display, can keep its accuracy through these forces.

The resistance is a requirement of Omega’s Master Chronometer-certified watches, first introduced in 2015 with the Globemaster, which also includes rigorous testing for accuracy (once by the Official Swiss Chronometer Control for accuracy of -4/+6 seconds per day and once by the Swiss Federal Institute of Metrology to criteria of 0/+5 seconds per day), shock resistance equivalent to 5,000g, water submergence and durability, to name a few.

But apart from its impressive stats, it’s a beautifully designed, sleek-looking watch encased in Omega’s proprietary warmly hued version of red gold, known as 18-carat Sedna gold. The sun-brushed dial is also made from the material, but has been coated in a PVD treatment to achieve its black shade to highlight the tourbillon, which takes centre stage. The 43mm De Ville comes on a black leather strap with a buckle and crown logo made from 18-carat Canopus gold—the brand’s signature bright white gold alloy. On the flip side, the caseback reveals the Omega Co-Axial Master Chronometer Caliber 2640, with a three-day power reserve indicator, which has been hand-bevelled on the Sedna gold main plate and bridges for an immaculate finish accented in ruby jewel bearings.

Although the new tourbillon timepiece isn’t a limited edition, you can expect it to be limited in production with each piece taking a month for the watchmaker to create. It comes with a 5-year warranty and will be delivered in a special box with a travel pouch and crown winder.