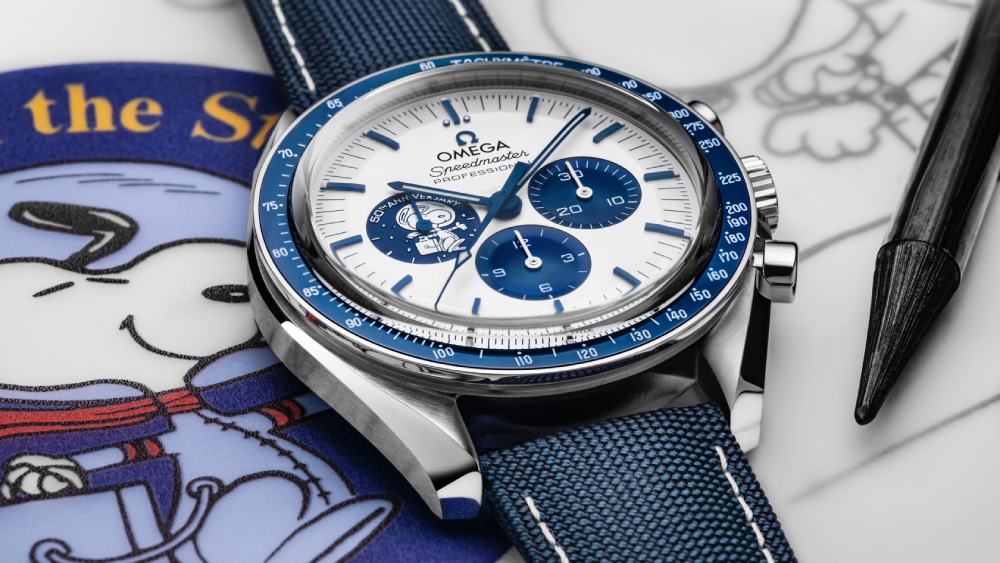 The Speedmaster proved critical for the Apollo 13 mission.

Snoopy may be a beloved Peanuts character, but thanks to Omega, it looks like he’s about to head for outer space––again.

To commemorate 50 years since receiving NASA’s Silver Snoopy Award, Omega is launching a version of the Speedmaster emblazoned with everyone’s favourite animated beagle. Placed prominently in the overall design, Snoopy appears embossed on a silver medallion on the blue subdial at the 9 o’clock position wearing his famous spacesuit. He appears once again on the case back but now in orbit with the aid of an animated Command and Service Module on a magical hand. When the chronograph’s seconds hand is in use, Snoopy takes a trip around the mysterious far side of the moon.

One might not immediately associate the classic cartoon with the Swiss watchmaker, but they share decades of history, including one of the most dire missions ever undertaken by NASA. 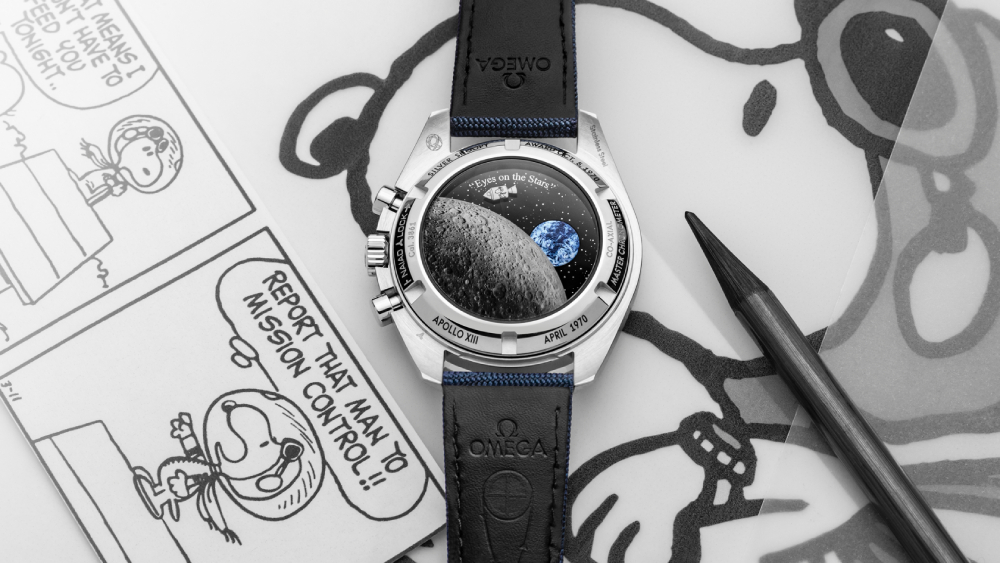 Snoopy explores the far side of the moon on the watch’s case back. Courtesy of Omega

In 1968, NASA was searching for a mascot of sorts to represent its safety program and eventually chose Snoopy who became so beloved by members of the organisation they created a prestigious award in his honour. It was bestowed on Omega in 1970 after one of its timepieces helped save the now-infamous Apollo 13.

Just two days after launch, the ship saw one of its oxygen tanks explode. The incident forced all of the crew into the lunar module, which was not designed to support so many occupants over an extended period. To buy themselves time, the team shut down nearly all power on the ship making the digital clocks onboard obsolete. Because the module was thrown off course, an exactly timed engine burn was required to successfully re-enter the atmosphere. If off by the slightest margin, the ship would be set adrift in space. The team relied on the Speedmaster, donned by astronaut Jack Swigert, for the task, which ultimately proved successful. 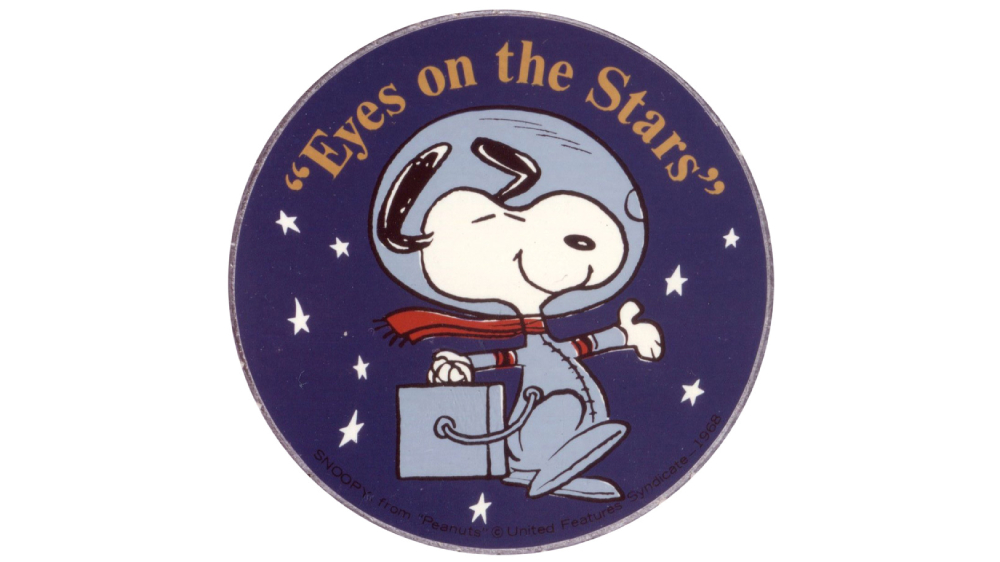 “When the spacecraft clocks stopped, that’s when we required the Speedmaster,” said Apollo 13 Commander, James Lovell, in a press release. “Without our normal navigation equipment, we had to view the Earth and use it as a guideline. Then we had to burn the engine for 14 seconds and turn it off, so we used the watch that Jack Swigert wore.”

This incarnation of the Speedmaster pays tribute with its tactical blue nylon strap embossed with the trajectory of the Apollo 13 mission in the lining. Its 42mm case is forged from stainless steel and houses a Co-Axial Master Chronometer Calibre 3861 movement. The Speedmaster Silver Snoopy Award 50th Anniversary is available from Omega for $14,700.