The limited-edition newcomer marks the brand’s return as official timekeeper of the famed race series.

America’s Cup, the oldest trophy in international sport and a source of many international rivalries (and, well, iconic celebrations involving certain former Australian PMs) is set to sail again early next year.

And ahead of the planned March kick-off in New Zealand, Omega has confirmed its return as official timekeeper and to mark the occasion, the release of a new limited-edition timepiece.

“The America’s Cup has a truly special place within the Omega brand,” chimes Omega President and CEO Raynald Aeschlimann. “From ingenuity and precision, through to the competitive energy and history, every part of it appeals to our spirit.” 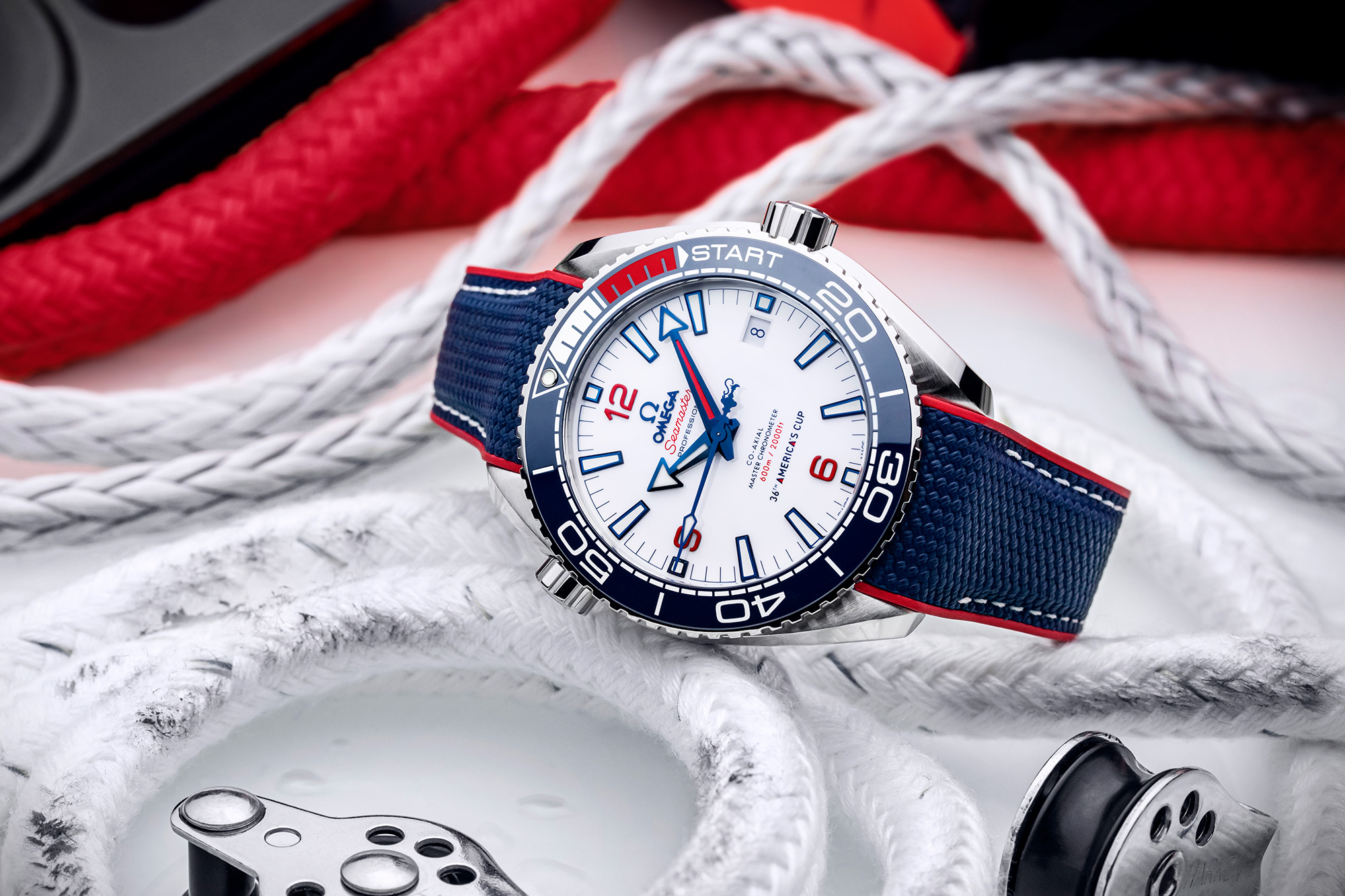 Despite proving somewhat a mouthful, the Omega Seamaster Planet Ocean 36th America’s Cup Limited Edition is quite the tidy piece. The 43.5mm stainless steel case with blue-ceramic diving bezel is inclusive of a red five-minute countdown specific for racing on a blue rubber strap.

Not surprisingly, the piece packs plenty of nods to the ‘Auld Mug’, including the competition’s name at 6 o’clock and America’s Cup logo on the counterweight of the seconds hand and on the reverse side of the caseback’s sapphire crystal – which also allows a peek at the Master Chronometer Calibre 8900.

The 36th America’s Cup is planned to take place across Auckland’s Waitemata Harbour in March 2021.